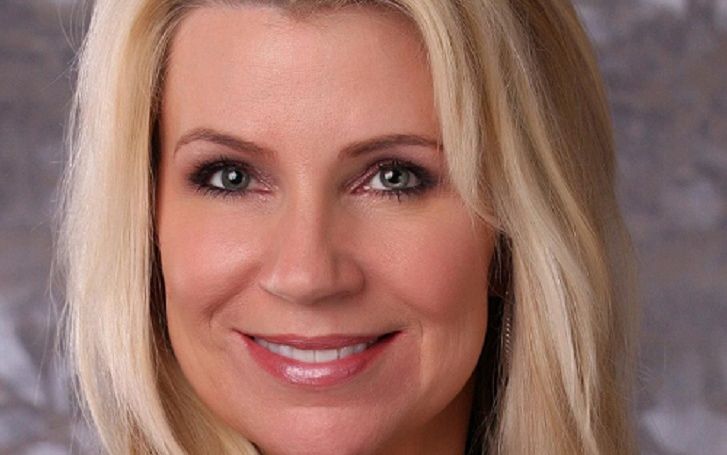 Dina Norris is a former realtor at Keller Williams Realty, the technology, and international real estate franchise. She also worked for many other well-established organizations like TPM Personnel, Walker Texas Ranger, and more.

But, Dina grabbed huge attention as the biological daughter of the Hollywood star and legendary martial artist, Chuck Norris. Her father didn’t know for long that he is also the father of a daughter from his extra-marital affair. But years later when his daughter tried to contact him Chuck promptly agreed to meet her and her mother.

Besides, Dina is also the doting mother of three kids with her husband. Let’s find out more about her like in this article!

Who is Dina’s Mother? Details on Her Parents and Age

Dina Norris (aka Dina DiCiolli) is the daughter of Chuck Norris (father) and Johanna (mother). Her parents never married. Talking about her date of birth, Dina was born in Feb 1963, in Hemet, California.

Back in 2015, Norris celebrated her 52nd birthday party with her father and other family members in Hawaii. As of 2023, her age is 60.

The former flames first came across when Norris was stationed in California. At the time, Chuck was in the United States Air Force. Besides, when Good Guys Wear Black star met Johanna, the accomplished martial artist was still married to his first wife Dianne Holechek.

But, as soon as the future duo crossed paths, Chuck went on to involve in an extra-marital affair with Johanna. Online tabloids say their brief fling couldn’t be days or weeks long.

Dina Norris’ mother Johanna had kept everything about her relationship with Norris to herself, assuming it would hurt both her daughter and her ex-partner. In the meantime, Chuck was a martial arts teacher who founded numerous martial studios. Later in the 1970s, Norris embarked on show business. But, it wasn’t until Dina overheard her single mother talking about her biological dad to one of her colleagues that she came to know about him. Even after Dina knew the fact, her mother tried to convince her to not contact Chuck.

The Walker, Texas Ranger actor wrote in the book called Against All Odds: My Story.

“Johanna later confirmed to Dina that I was her biological father but that I was married and had children and She shouldn’t disrupt my life.”

Dina eventually made contact with her father in 1991. As soon as Norris got the message, the actor admitted the paternity. He recalled in his book,

As of now, Dina has a close relationship with her father. They often appear together, enjoying their time together. Back in August 2015, she was spotted along with her dad and other family members in Kauai.

After Chuck divorced Diane, the actor married Gena O’Kelly, a former model in November 1998. The two are also blessed with twins, a son Dakota Alan Norris and a daughter, Danilee Kelly Norris.

Professional Career: What Does Dina Norris Do For Living?

Shortly after her graduation, Dina started working as a test engineer assistant for Northrop Grumman Aerospace Systems, in Pico Rivera, California. She worked for the company for three years.

In April 1988, Norris went on to join TPM Personnel, where she served as a staffing representative for a year. There, she also worked as an operational manager for two years and more, managing the office of Staffing Representatives.

Besides, she also spent four years from 1996-2000, working in a public relations department at Walker Texas Ranger, in Framers Branch, Tx. According to her Linkedin bio, Norris’ last job was as a realtor at Keller Williams Southlake, TX. She worked for the office for nearly two years.

Who is Dina Norris Husband?

Norris has been leading a wonderful married life with her husband Damien Di Ciolli, a Coppell, Texas native for a long time now. Although their relationship has spanned decades and more, they still have kept most of their personal information away from the media.

In addition, talking about their son Dante who was born on 14th October 1994 is an actor, model, and entrepreneur. Besides, he previously played soccer and was even named as a top goalkeeper in the United States for soccer at the age of 18.

Other Quick Facts About Dina Norris