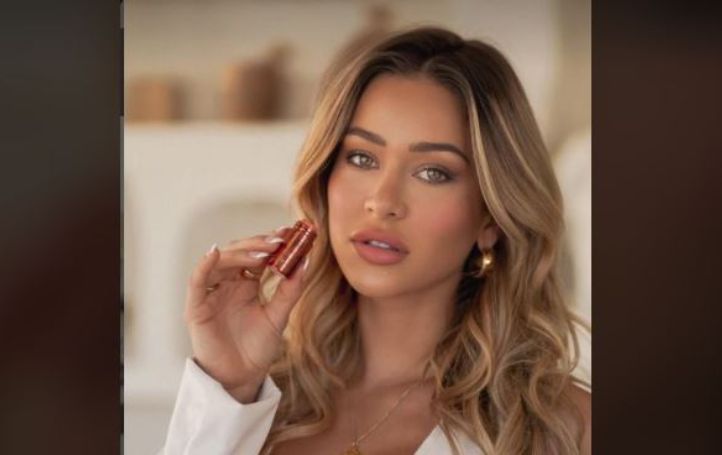 Cindy Prado is an exceptional international brand, businesswoman, health and wellness leader, fitness entrepreneur, model, and influencer. As of present, the blonde social media model has over a 2.7million followers across all of her social media platforms, amplifying her voice to inspire, empower and create a lasting positive impact.

Always responsive to emerging opportunities, Prado continuously strengthens her brand and advocacy with a global focus and remains true to her goal of empowering and inspiring future generations. She claims her audiences are with her because of her authenticity and organic self in front of and behind the camera.

While the Cuban-Spanish origin model usually shares photos of herself as part of modeling gigs that she takes part in, she also updates them on her everyday life as well. In addition to being a model, she is also one of today’s most recognizable internet entrepreneurs and media personalities. One could say Prado is an innovator in the influencer space.

While her socials are full of bikinis and vibrant shots, the following write-up includes more than just that; read about her origin as a beauty influencer, motivational speaker, whether she has a boyfriend, and more.

How Old Is Cindy Prado; Her Ethnicity And All?

While she admits people mistake her for Latina, she, in reality, is of Cuban/Spaniard descent. Her family is originally from the Islas Canarias in Spain.

When Did Cindy Prado Start Modeling?

Since the beginning, Prado has participated in different campaigns across the globe.

The Cuban-American model started her modeling in her mid-teens for fashion brands like 1sol swimwear and Maaji swimwear before launching her then-247,000-strong Instagram account. Over the years, she has also modeled for several designers like Micro Kitten, as well as walking at runway shows.

She additionally has been on an 8-page spread on FHM and Maxim Magazine and worked with many other big corporations like The Smile Society, BED Miami, and Telemundo.

In an interview, Prado revealed she has been a performer her entire life, whether she was putting on little talent shows when she was a child to dancing in high school, or even doing photoshoots with just her parents.

Cindy Says She Had Difficult Getting Into Modeling In The Beginning

Cindy Prado states – despite the performer in she was always there, it wasn’t easy for her in the beginning.

Once she was old enough, the Southern-origin beauty was able to get more into modeling, but she quickly realized how difficult it was for her to get into an agency at the time if one isn’t 5’10”. It was after then that she decided to take matters into her own hands.

Thankfully, Cindy says that happened to be the same time Instagram started blowing up. With a decision to ditch a modeling agency, she took it on Instagram. The Instagrammer/businesswoman started taking her own photos, was funding her own wardrobe for her “shoots,” paying out of pocket for photographers.

I just had to do what it took to make it happen. Little by little, I finally started taking off!

said Prado of her modeling beginning.

She also admits to feeling under a lot of stress at the beginning of her career thinking if this was what she should pursue or if she should just get a regular job.

Prado, nonetheless, decided to enjoy the modeling journey and see where it would take her. Fortunately, over time, the gig has led to a lot of growth for her. In the past, she also juggled modeling and school studying Public Relations and Marketing.

She once said with Cerebral she has hoped of looking forward to using the opportunity to bring her followers, friends, and family to resources that can strengthen their well-being and shine a light on the importance of positive mental health.

She says she is fortunate to partner with Cerebral.

Cindy Prado has an online fitness program called the Prado program where she says any member has access to her, and they can all share their motivations, their growth, mental health check-ins, and have discussions about maintaining a positive mindset.

With her online business, Prado shares with her followers her own rituals that she does to practice positive mental health.

Providing the fans that window into her life, Cindy believes she could be as open and transparent with them as possible, especially when she and her fans need to be empowering one another.

Also, in June 2021, she launched her influencer course where she included her story and lessons about creating content, what equipment she used for her  (and HOW to use it), to negotiating with brands – all in 12 episodes.

She Is Into Philanthropy As Well

Prado says with the fame she also has the advantage to use her influence for philanthropic purposes. One such case is her partnership with the Miami Heat Cheer and Dance team to help empower other women in finding themselves through social media.

With the collaboration, the model with the measurement of 33-26-36 has been in an effort to cause a trickle effect and give women confidence.

While at the moment, Prado is far from talking or even teasing about her love life or who her boyfriend is, she once subtly mentioned something close to that genre.

When Elite Daily in June 2012 asked Cindy, “how many drinks before he (a guy) gets lucky?” the now LA-based model responded,

Well, right now there is only one special one getting lucky, and with no drinks.

Although her answer somewhat insinuated, at the time, she already had a boyfriend, she didn’t divulge around the issue much. In the same interview, she nonetheless admitted to having quite a handful of dates.

The five-foot-seven-inches tall then also stated how she was never going to date male models.

Cindy Prado once said it is her dream to have lunch with Amal Clooney, a British-Lebanese barrister.