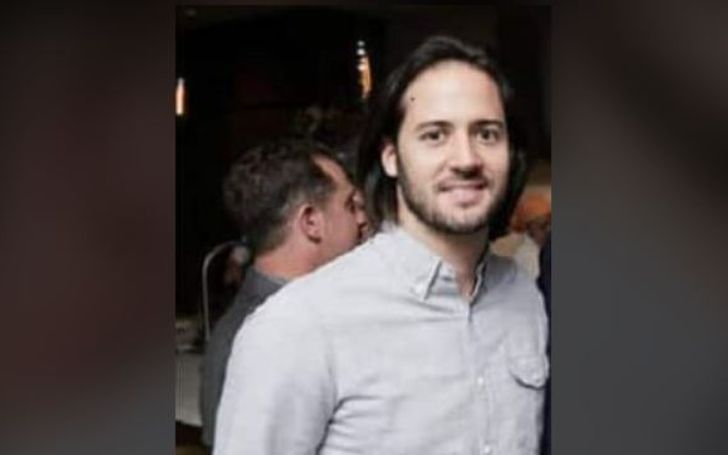 Eduardo Tamayo is the ex-husband of Tulsi Gabbard, a politician and the United States Army Reserve officer who served as the U.S. representative for Hawaii’s 2nd congressional district from 2013 to 2021. Tamayo’s ex-spouse, Gabbard was the first Hindu member of Congress and also the first Samoan-American voting member of Congress.

Eduardo and his politician former partner were together for only about four years though the former never got enough attention from the media.

In fact, even in the present, there remain scarce archives narrating who or what Tamayo is/was. Flick through to learn more about Gabbard’s first husband & her explanations about what happened between them. Also, know if Eduardo is a complete faint identity these days or has a notable life as his ex-wife.

Eduardo Tamayo Allegedly Has Some Connections To The Philippines

While his former wife was born in the early ’80s, Eduardo Tamayo’s birth specifics are yet to appear on any internet journal. Though it is reported the ex-husband of Tulsi Gabbard supposedly has roots back in The Philippines.

Tamayo also happens to be the nephew of Toby Tamayo, a longtime employee of the group who helped run a Butler-affiliated school in the Philippines. Toby is an employee of a group that helped run a school affiliated with Chris Butler, a yoga guru who leads an offshoot of Hare Krishna.

Although an article in the Philippine Daily Inquirer confirms Toby Tamayo’s father was indeed Gen. Antonio Tamayo, it is a bit unclear if this Toby is Eduardo’s uncle Toby.

Eduardo Tamayo And His Ex-Wife Tulsi Gabbard Were Childhood Friends

Tamayo and Gabbard married in 2002. The bride was then 21. Some say they had a small wedding before the Justice of the Peace.

“I was more into martial arts than Barbie dolls, so it never crossed my mind to think about what kind of wedding I wanted to have,” Gabbard said of her first wedding.

Tamayo & his future wife Tulsi had known each other since childhood and they had been dating quite young. In 2013 while talking to Vogue, the member of the House of Representatives said she and Tamayo had been childhood sweethearts. She revealed they used to surf together and were best friends.

“His family was like my family,” said the Hawaii-born politician. Tamayo and Gabbard’s marriage, however, would only last for four years.

What Was The Reason Behind Eduardo and Tulsi’s Split

One of the main reasons behind their divorce was the stress their relationship was during because of Gabbard serving overseas at the time. Sources reports, the United States Army Reserve officer’s long deployment to Iraq was ultimately too much for her first marriage.

As such in the spring of 2003 when the United States invaded Iraq, she made a choice that dismayed her political advisers. Gabbard joined the Hawaii Army National Guard. This was despite the fact that her brigade had gone to Iraq in 2004 and had left off her name from the deployment list.

Wartime, however, changed her; for starters, it cost Gabbard her marriage to Tamayo.

“It was sad and difficult, but unfortunately, not an uncommon story for people who go through being separated for nearly two years. The stress that’s placed on those who are left at home—it’s difficult to communicate what that means,”

the 2020 candidate for the Democratic nomination said of the war and her marital relationship.

Later, in an online personal note, Tulsi told her community she and Tamayo had divorced shortly after she returned from an 18-month-long deployment in Iraq. The brunette political figure had served two tours of combat duty with the 29th Brigade. Gabbard explained the deployment was very hard on her husband.

“Sadly, Eddie and I became another statistic, another sad story, illustrating the stresses war places on military spouses and families,”

Tulsi wrote online. Gabbard and Tamayo ultimately finalized their divorce on June 5, 2006. The two nonetheless remained friends after the divorce.

Years after separating from her first husband, Tamayo, Gabbard announced, in 2011, that she was resuming using her maiden name.

Tulsi Gabbard had gone by Tulsi Gabbard Tamayo while she was the wife of Eduardo and even for a few years after they had divorced. Even in the political circles, people knew her by her married name, so when she returned to her maiden name, she made a personal note about it online.

“I had kept the Tamayo name in the hopes that we might still have a future together. However, recently I’ve come to fully realize that that’s not going to happen. Eddie and I are still friends, and I’m grateful the Tamayo family continues to welcome me as one of their own.”

She ended the announcement by offering to personally pay for any costs the City Council would have in reprinting brochures or business cards with her maiden name.

Eduardo Tamayo And Tulsi Gabbard Marital Life After The Divorce

Tamayo’s ex-wife, Tulsi is now married to Abraham Williams, a cinematographer. The couple got engaged in February 2015 and tied the knot in a Vedic-style wedding on April 9, 2015.

Tamayo’s ex and her new husband married in an outdoor ceremony in Oahu, Hawaii. The wedding apparently was spiritual where Gabbard wore a Lacha-style traditional Indian wedding dress.

Did Eduardo Remarry? Where Is He Now?

Not much is known about Gabbard’s former husband, Tamayo, as he stayed out of the spotlight during his marriage to the ex-endorser of Bernie Sanders and remains out of the spotlight to this day. The only mention of his career is in an old article from 2004 by the Honolulu Advertiser, which lists Eduardo as self-employed.

Further, it is also unclear if he has a new wife since the separation from his first partner, Gabbard. Making the point at issue more ambiguous is Tamayo’s namelessness in social media.