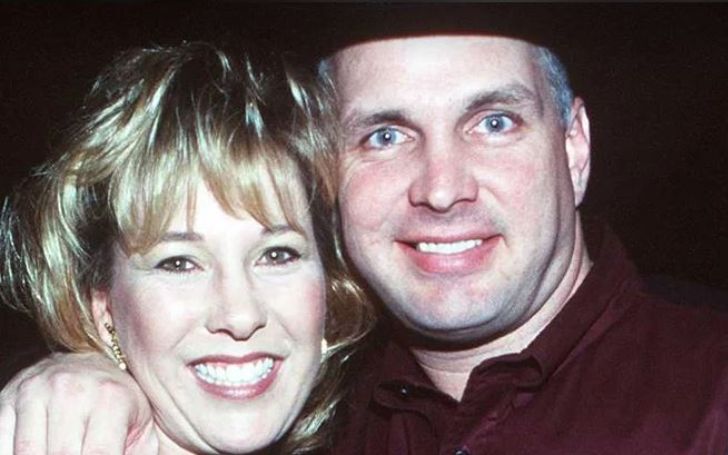 Sandy Mahl is the wife of the country music singer, Garth Brooks, known for albums No Fences, Ropin’ The Wind, The Chase, In Pieces, and so forth. Sandy was in a marital relationship with Brooks from 1986 through 2001.

Although Brooks’ current wife, Trisha Yearwood might be appearing with him more synonymously since the mid-2000s, it was with Mahl that the multiple-time diamond certified singer kicked off his country music career breakthrough and so on.

Sandy and Brooks, however, couldn’t keep it long despite having three children during their marriage. See the reasons in the piece down below, also know what she’s doing in the present, has she remarried, and some add-ons details as well.

The two-time Grammy-winning singer, Garth Books’ wife, Sandy Mahl was born on January 16, 1965. Mahl was born at the same hospital where Garth Brooks had been born almost three years prior.

Sandy is the daughter of John Mahl and Pat Mahl. Sandy also has a sister named Debbie Mahl. Mahl grew up in Tulsa, Oklahoma, also her birth city.

Much like her ex-husband, Brooks, Sandy was also an avid high school athlete. She allegedly ran track, was a cheerleader, and played basketball. She studied at Oklahoma State University–Stillwater.

Sandy Mahl Wrote Some Songs For Her Ex-Husband’s Albums

Sandy has a few or two credits as a songwriter in her former husband’s album, Garth Brooks. She notably wrote one of the album’s songs, “I’ve Got a Good Thing Going.” Mahl additionally also penned Brooks’ 1993 hit “That Summer.”

Sandy also made an appearance in Garth’s A&E 2019 documentary, Garth: The Road I’m On. In fact, she is one of the crucial characters of the documentary.

Sandy Mahl and the Sevens singer, Garth Brooks apparently started their relationship when they were both attending the same college. They married on May 24, 1986, in Oklahoma.

How Did Mahl And Brooks Meet?

Mahl and the Thunder Rolls singer meet-up was a bit dramatic; Sandy had somehow gotten herself in the middle of a girl fight in a bathroom at the Tumbleweed Ballroom in Stillwater, Oklahoma.

She had just taken a swing— and got her fist stuck in the wall’s wood paneling. The Dance singer was then working as a bouncer and had to break the fight. He, at the time, was also a senior at a college. The couple after that fight started dating and lived in neighboring dorms. They spent their first dates walking around campus.

The first movie the ex-couple saw together, as partners, was the 1984 sci-fi romantic movie Starman starring Jeff Bridges.

The Oklahoma resident, on the other hand, claims the two first met on the dance floor of Tumbleweed Ballroom. Similar to her ex-husband, she also loved cereal for breakfast, sweets, and Coca-Cola. Sometime after the commencement of their relationship, Mahl left Oklahoma to help support Garth’s musical career in Nashville.

When together, the Tulsa-born country singer and Miss Mahl welcomed three daughters Taylor Brooks, August Brooks, and Allie Brooks. Mahl’s first daughter with Brooks, Taylor Mayne Pearl was born in 1992. Hers and the Hits singer’s second daughter, August Anna was born in 1994.

They had their third, Allie Colleen in 1996. Her youngest daughter, Allie is also a rising country singer who released her debut album, Stones in April 2021.

Sandy Mahl And Brooks Divorce; Why Did They Separate?

The parents of three daughters, however, would part ways in 1999 and finalized their divorce in Dec 2001. Garth and Sandy’s divorce came as a surprise to some fans.

Somewhat explaining the reason behind her divorce from the 170 million-plus record seller, Sandy said,

“People constantly wanting your attention and yanking and pulling on him. He’d be gone eight to 10 weeks at a time. He’d come home, [and] there would be number-one parties, or shows, or CMAs, or ACMs, American Music Awards, so it was constantly going. But we both grew apart really, really quickly.”

Mahl also said her and Brooks’ separation was something bound to happen. In the documentary, Garth Brooks: The Road I’m On, the mother of three shared Garth wouldn’t meet her and his daughters for about 8-10 weeks at a time.

And reportedly even if he was at home, there would always be parties, shows, and events. Amidst the separation, Brooks said,

“Sandy and I both agree that we need to get divorced. Right now, we’re focused on the impact it will have on the children and how to handle that best, to remain parents even if we don’t remain husband and wife.”

Another reason for their divorce was the entrance of fellow singer, Trisha Yearwood (Walkaway Joe 1992). Yearwood is a success in her own right; she is a top country artist who has sold more than 15 million records throughout her career and is the recipient of two Grammys and other awards.

Some sources suggest, Brooks growing fondness of Yearwood whilst still being married to Mahl was one of the causes of caused their eventual divorce.

In fact, in a 1993 interview with Global News.ca, Brooks admitted he had been unfaithful during this marriage to Sandy Mahl.

They had reconciled but that didn’t work.

Did Sandy Mahl Remarry After Divorce?

After the divorce, Brooks went on to marry Trisha Yearwood in 2005. The artist who has sold 156 million domestic units and his new wife promptly decided to settle in Oklahoma so he could continue to be close to his three daughters.

Mahl, on the other hand, has supposedly remained single ever since her divorce from the Sevens singer in 2001. She additionally is also not that mobile on networking platforms resultantly making her personal life a bit covert, and under the radar. It consequently is unclear if she has a new husband, boyfriend, or all single.

Sandy reportedly though is passionate about wildlife rehabilitation and is the co-founder and the Vice President at Wild Heart Ranch in Rogers County, north of Claremore, Oklahoma.

It is a State and Federally licensed rehabilitation facility for all species of wildlife needing orphan support, injury treatment, or disease recovery.

She is now also a grandmother; in Aug 2013, her second daughter, August Anna Brooks gave birth to her own little girl, Karalynn with her husband, Chance Michael Russell. Three years later, in 2016, the couple welcomed another daughter, Gwendolyn.

Garth has often stated how easy it was raising his three daughters with three parents; himself, Trisha, and Sandy. Sandy remained in the same state where her ex-husband and his new wife would live. And together the three co-parented Mahl and Brooks’ three daughters.

It though is unclear if Trisha and Sandy are friends on a personal level, they though have appeared together and posed alongside each other on multiple occasions.

Where Does Sandy Mahl Live Now?

Again considering her aloofness to social media and the tabloids, her recent whereabouts are hard to define. She however is presumed to be residing in Rogers County, Oklahoma where her organization is.

Someone Had Abducted Sandy

Allie’s mother, Sandy Mahl was once a victim of kidnapping. In 2006, a man who worked on Sandy’s Oklahoma property kidnapped her while trying to evade a bail bondsman.

The man was apparently fleeing from those who were looking for him for an embezzlement case. The abductor reportedly forced Sandy to drive for several miles. After some time, she stopped the car and fled into a convenience store. She eventually became free and later the police arrested her kidnapper.

Although not much-talked-about, the mother of Brooks’ three daughters, Sandy allegedly survived breast cancer after she had found out about her diagnosis in 2006, the same year she was kidnapped.

The story didn’t get much attention supposedly because of the news of Brooks’ marriage to fellow country singer Trisha Yearwood.

Sandy Became Rich After Her Separation From Brooks; What Is Her Net Worth?

Sandy received quite a lot for her broken marriage; some sum that certainly promoted her to the league of the super-rich. After the divorce from the ex-wife of the 17 time AMA winner, Mahl received a reported sum of $125 million.

And naturally, Sandy has been estimated to have a net worth of over $100 million ever since. While it was an amicable split, the highly talk-about divorce turned out to be one of the most expensive divorces of all time.

Although Brooks gave his ex-wife, Mahl, quite a lot in the settlement, his net worth still stood through the roof. He is now still reportedly the owner of around $400 million fortune. Some parts of the wealth though also belong to his current wife, Trisha Yearwood.