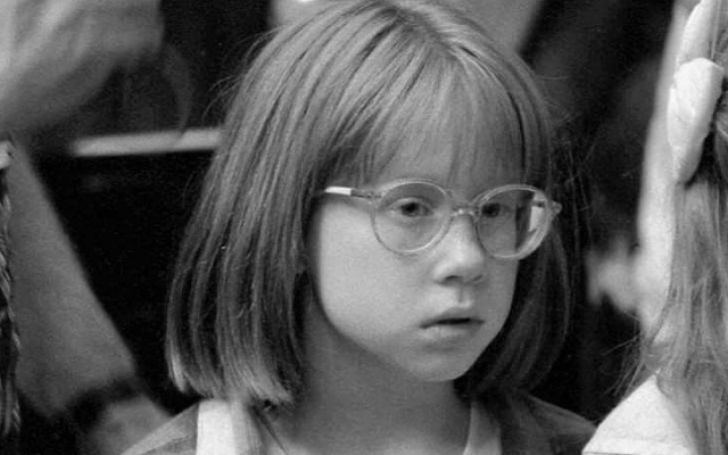 Jocelyn Howard is an actress by profession. But, Howard came to the limelight as the daughter of well-known American actor/director Ron Howard. Her dad first stepped into the film industry at the age of 2, appearing in several TV series including Johnny Ringo, Twilight Zone, The Many Loves of Dobie Gillis, and many others.

Aside from her acting career and her prominent family background, what about her love life? Is Ron Howard’s daughter Jocelyn married? If yes, who is her husband?

Hence, we have come up with every minor and major interesting fact related to Ron Howard’s daughter Jocelyn in the piece below. Read till the end to unravel all the details about her!

Jocelyn Howard Has A Twin Sister: Her Childhood, Age-Bio

Jocelyn Howard was born Jocelyn Carlyle Howard along with her sister Paige Carlyle Howard on February 5, 1985, in Los, Angeles, CA. As we all know, her father is actor Ron Howard, then who is her mother? Well, Jocelyn’s mom is a writer Cheryl Alley. Furthermore, Jocelyn is 37 years old as of 2022.

Similarly, the star kid has one elder sister Bryce Dallas and a younger brother Reed Cross Howard. The four siblings have great childhood memories. They were always together and sometimes Howard’s family used to visit several other places for their family hangout.

After scrolling down Jocelyn’s sister’s Instagram account, we found a picture of them while they traveled to Niagara falls. She actually posted on the occasion of National Siblings Day and wrote,

I have so many fantastic travel memories from my childhood, including this photo from when my family drove to Niagara Falls. Those long, hot, east coast summer road trips were epic — made all the more so by the shenanigans us siblings would get into in the back seats of the suburban 🚗 Sometimes we get on each other’s nerves, but for the most part, I gotta stay, us four really get along, always have, and always will. Love my baby sisters and brother. Happy #NationalSiblingsDay 🧡

In addition to that, Jocelyn and her siblings use to live in the East Outside of New York City during their early days along with their parents. The main reason for them to reside there was just that her dad wanted to keep his kids far from the media.

On the other hand, Howard is of Dutch, German, Irish, English, French, and Scottish descent. Similarly, Howard is an American by nationality.

Jocelyn Was Born Into A Family Of Actors

In addition to her father, her paternal grandparents Rance Howard and Jean Speegle Howard were also actors. In fact, they were well-known individuals.

Similarly, her granddad, Rance appeared in several TV films like Cool Hand, Luke, Chinatown, and many more. On the other hand, Jocelyn’s grandmother Jean starred in TV films including, Frontier Woman, Cocoon, Gung Ho, and so on.

Sadly, both of her grandparents are no longer in this world. Jean Speegle Howard died of heart and respiratory illness on Sept 2, 2000, and Rance Howard died in November 2017.

What Is The Reason Behind Jocelyn And All Her Siblings Having Different Middle Names?

Jocelyn’s father Ron said that all of the middle names of his children were given according to the place they were born in. Hence, Jocelyn and her twin sister Paige got their middle name Carlyle same as the Carlyle Hotel in New York City. Similarly, their elder sister Bryce has Dallas as the girl was born in Dallas city of Texas.

But, her younger brother Reed didn’t receive the middle name ‘Volvo’ the place where he was born because “Volvo isn’t a very good middle name,” said her Ron. Instead, his father decided to remark his middle name ‘Cross’, one of the famous London streets.

As mentioned above, her father has been in the film industry since his childhood. Well, Jocelyn’s grandparents might have helped Ron to appear in TV shows at such a young age. The actor made his uncredited debut when he was just 2 years old in the film titled Frontier Woman. But, Howard never appeared in any TV projects until he turned 5.

In 1959, Jocelyn’s dad played his first credited film role in the film The Journey. He then appeared in a number of TV series, in the same year, like The Twilight Zone, Five Fingers, and so on. The following year, in 1960, Howard starred in TV projects including, The Danny Thomas Show, The Red Skelton Show, Pete and Gladys, and many others.

In 1977, the Arrested Development star began working as a writer/director with his first work in the film Grand Theft Auto. And, in 1980, he landed a job as an executive producer in an American romantic comedy film Leo and Loree.

Furthermore, his other credits as an executive producer include Web of Make Believe: Death, Lies and the Internet, Under the Banner of Heaven, Downfall: The Case Against Boeing, Crime Scene: The Times Square Killer, and many others.

The actor always wanted to know what it feels like to be called a dad. And Jocelyn’s father once shared his experience and said,

“When Cheryl became pregnant with twins, I really had to step up. And I honestly remember doing more cooking, more caretaking – really looking after Cheryl. I remember thinking to myself wow, I’ve really been a kid up until now. For the first time, I really feel like a man. I really feel like I’m doing a man’s work for my family.”

Likewise, Jocelyn’s father also talked about his eldest daughter Bryce with The Wrap,

“I’m going to jump in here as a dad. Underneath it all, she’s a really excellent writer. Always was. She could write her way out of a problem. She didn’t have to study all year – she could just write the paper at the end. I was chagrined, but at the same time, she’s a natural storyteller.”

Is Jocelyn Howard Married? Details on Her Husband

Jocelyn is a happily married woman. In fact, her husband is none other than her eldest sister Bryce Dallas Howard‘s writing partner Dane Charbeneau. Jocelyn’s sister met Dane when they were working together on a project called The Originals, in 2011.

Bryce later thought that Charbeneau would be a perfect match for her sister Jocelyn. Sometime later, The Twilight star introduced them and played the role of matchmaker.

“During the course of the process, I set him up with my sister so he’s my brother-in-law now!”

Furthermore, Jocelyn’s elder sister was also impressed with her new brother-in-law’s work. After Jocelyn met her future husband Dane through her own sister, they first became friends and gradually began dating. And after some time, they tied the knot in a private wedding ceremony.

Back in 2020, her, twin sister, Paige shared an image on the occasion of their 35th birthday, where Jocelyn’s husband Dean was also featured. Her caption reads,

35th trip around the sun! The best birthday ever! 35 means so much to me- especially with my beloved twin sister, Jocelyn Carlyle Howard-Charbeneau by my side. 2020

The couple is now living happy married life ever since their marriage.

Let’s begin with how Jocelyn and her family member got a chance to star in Arrested Development. Firstly, her father Ron was working as a narrator for the show. When Season 4 was filming, Jocelyn’s dad appeared as himself in the series.

Through Ron, Jocelyn and her family member were invited to guest-star in Season 5. Furthermore, Jocelyn, her two sisters Bryce & Paige, her younger brother Reed, and their mother Cheryl appeared as themselves in its sixth episode Emotional Baggage.

However, it is only one credit Howard has to her name to date.