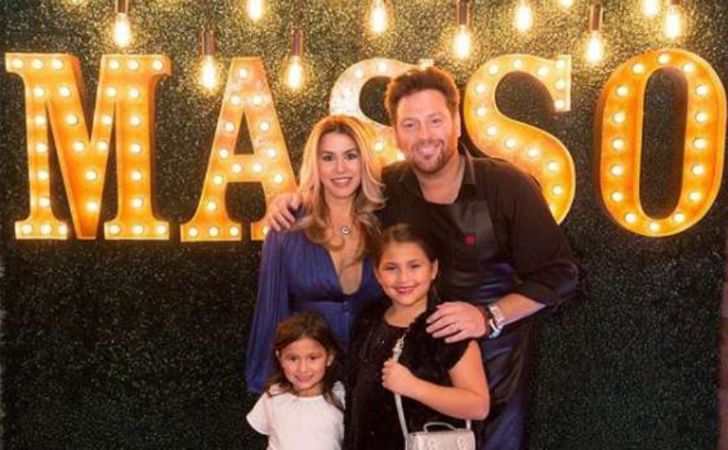 Meltem Conant, born as Meltem Bozkurt Conant, is a business person and the co-founder of Visionaries At Play. However, despite a successful professional life, she is primarily recognized as the wife of an American celebrity chef, restaurateur Scott Conant. The husband and wife are married for a while and apparently share a great relationship.

Further, Meltem is also a mother of two kids with Scott. Well, in this article, we will talk in detail about her life as the wife of the famous husband. Not only this, but we will explore her professional career, family details, and more.

Talking about her education, she is a graduate. After completion of her schooling from her hometown, Conant joined Parsons School of Design – The New School in 1990 and finished her graduation in BBA and Design Marketing in 1994.

Well, since the completion of her education, she has been pursuing a successful career in similar fields.

As we mentioned above, Meltem Conant, aka. Meltem Bozkurt Conant has been heading a successful professional life. Following the completion of her education, she started a dog care company named New York Dog in January 2010, which she headed as an owner until July 2010.

Thereafter, she remained at the company as a consultant from July 2010 to September 2011. Talking about New York Dog, it is a full-service dog care company dedicated to providing high-quality care to dog and cat owners, primarily in New York City.

Well, as of 2022, she reportedly runs and is the co-founder of a company named Visionaries At Play.

The famous Meltem leads a successful married life with her husband Scott. The couple married on September 3, 2007, reportedly in Bodrum, Turkey.

Having been together for over 13 years, the couple still seems to share a great marital relationship. In fact, recently on the 7th wedding anniversary, Meltem even shared a beautiful photo of her along with her husband. Well, the couple still looks as cute as ever.

Moreover, Meltem’s husband Scott often posts photos of her on his official Instagram, which pretty much shows the kind of bond they share.

From a marital relationship that has exceeded a decade, the couple shares two children, both daughters. Her first child Ayla Sophia Reina was born on 8 February 2010, whereas her second daughter Karya Eva Maria was born on 19 September 2012.

Needless to say, the family of four leads a beautiful life together. In fact, Scott seems to be very close to his daughters and they often go on outings and vacations together.

Meltem Conant is not the first wife of Scott. He was rather married in the past to an entrepreneur and his business partner Chris Cannon. The ex-couple together also owned two restaurants.

The former couple was married for five years before they finally divorced in 2007. Further, they also finished away with their partnership at Alto and L’Impero following their divorce.

Scott is a Successful Celebrity Chef

As we have already mentioned, Meltem Conant’s husband is a successful celebrity chef, restaurateur, and cookbook author as well. He appears on several cookery shows on TV. In fact, he was even the guest judge of Seasons 2, 4, and 5 of Top Chef.

Further, he also judged the show Chopped, for a long time. Apart from these, he has also made multiple appearances in shows like The Today Show, Anthony Bourdain: No Reservations, Beat Bobby Flay.

Further, he also appeared as a coach in the reality TV series Worst Cooks in America in 2019.

Apart from all the TV shows, he has also authored a few cookbooks, Scott Conant’s New Italian Cooking, Bold Italian, The Scarpetta Cookbook.

The celebrity wife Meltem Conant is not much active on social media. However, she has a private Instagram account where she goes by @meltemconant. As of 2022, she has only 370 followers. Besides, she also has a profile on Facebook, but she has not been active since 2017.

On the other hand, her husband is pretty huge on Instagram with over 484k followers. His Instagram posts are mainly professional stuff, but he also occasionally uploads family-related posts.

As expected for a celebrity, Conant leads a luxurious life. But when it comes to her exact net worth, she is yet to make the revelation. Her beau, on the other hand, has a net worth of around $5 million.