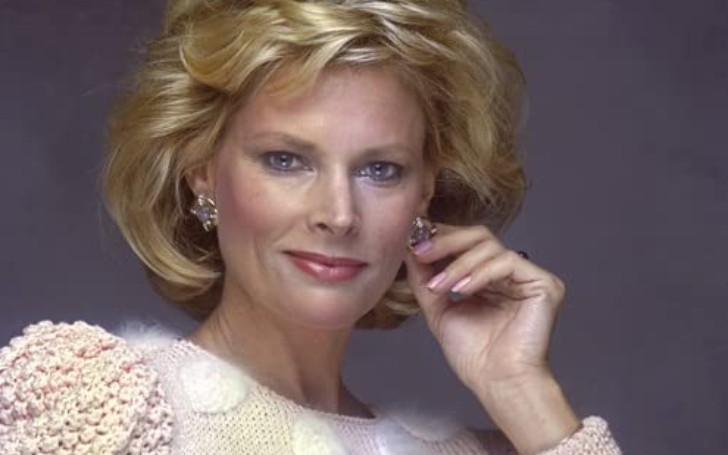 Jacqueline Ray is a former model and actress also known as Tom Selleck‘s first wife. She is also known for her work in movies like In Like Flint, Beyond the Universe, and TV series  Magnum, P.I.

The former flames enjoyed marital bliss all around the early 70s and 80s before going separate ways. At the time of their marriage, Tom was a struggling actor.

When Jackie and Tom were in a relationship, it was she who helped Tom during his struggling days. Maybe this is why the actor even got teary-eyed when he talked about her in an interview, several years after their split. Besides, Tom adopted her son, Kevin Selleck, whom Jackie shared with her first husband.

Today let’s find out interesting some interesting facts about Jacqueline Ray including what is she doing now?

Jacqueline Mary Ray was born on January 26th, 1945, in Burbank, California. The former model is notorious for keeping her personal life behind closed doors, thus there’s no info regarding her parents or siblings.

Meanwhile, Jacqueline belongs to the Caucasian ethnicity and belongs to American nationality. She traces her ancestry to Northern Middle Europe.

As of 2020, the former celebrity spouse is 75-years-old. She currently lives in the state of California.

While growing up in Burbank, she studied at the local high school and subsequently transitioned into the modeling world. The beautiful model was a pretty successful model. She worked for several big brands. Aside from her modeling career, she also tried her hands in the acting gigs has a few works in her belt.

Jacqueline Ray’s Acting Career: She appeared alongside her ex-hubby in Magnum, P.I.

Back in the day, Jacqueline was one of the most sought-after models. Not only did she appear in many big-time modeling works, but she has also appeared in a few movies as well. Some of her works include In Like Flint (1967), The Killings at Outpost Zeta (1980), Dallas (1983), Beyond the Universe (1981), and more.

In addition, she also made an appearance in a few episodes of her ex-hubby’s TV show, Magnum, P.I. She featured in two episodes, Birdman of Budapest (1983) as Ms. Roebuck and J. “Digger” Doyle (1981) as Lisa.

Her most recent work was in the series, Unfabulous. She appeared in the final season of the show in 2007 as a dancer. Since then, Jackie has left showbiz and is yet to feature in any new movie or series. Just like her son, Kevin Shepard, who also left the music industry, she is also living a secluded life.

Jackie has been married three times: Who are her husbands?

Jacqueline Ray first tied the knot with a guy named Shepard. Not much is known about her relationship with her first husband except the fact that he is the father of her only child, Kevin. After divorcing him, she moved on with actor Tom, who later became the adoptive father of her son. Of all her relationships, her marriage with Tom bought her the most fame.

After divorcing Tom, she then exchanged vows with her third husband Clarence Barry Witmer on 21st March 1992. As of now, it is not known whether the duo is still together or not. Her third husband was a big name in the corporate world. He once worked as the Chief Executive Officer at Deaf and Hard of Hearing Services of Lancaster.

After dating for a few years, Jackie and Tom decided to marry. They exchanged vows on May 15th, 1971, in a ceremony surrounded by their loved ones. Both sides of the family were in attendance to bless the newlyweds.

Initially, the love birds first came across each other when both of them were working as models. Around the same time, Selleck was undecided on his career. He was a superb Volleyball player and at the same time, he was getting multiple modeling offers. Eventually, he settled for the latter as the money was good. Back then, Tom was the face of big brands such as Pepsi.

Jacqueline became a mother for the first and only time on December 18th, 1967, in California, the United States. Her son was only an infant when she married Tom. Upon marrying, Tom took a liking to her son Kevin and eventually decided to adopt him. According to many sources, he adopted Kevin in 1987. Aside from Kevin, Jacqueline does not have any kids.

Meanwhile, Kevin and Tom had a terrific bond between them. While growing up, he used to play around the beaches of Hawaii, alongside his step-dad, who was shooting for the series, Magnum in the same area. In addition, Tom also taught his adopted son Volleyball and Kevin even played the sport in the USC team. His team won the 1991 NCAA championship. Nevertheless, his career as an athlete was rather short-lived.

Jackie and Tom divorced after 10-years: What was the reason?

After being in a marital relationship for a decade or so, Jacqueline Ray decided to split from her husband. Their divorce was finalized in 1982. As for the alimony, Tom paid her spousal support for three years. She also got their house and a car.

As for why they split up, well, it’s a bit complicated. According to Jackie, it was Tom’s career that ruined their marriage. A source close to the pair stated that as Magnum’s success grew, Tom’s desire to remain in Hawaii and date the island girls also grew. The insider told RadarOnline, “Tom is a very charming guy. He fell in love with the island and with the island girls.”

When Jackie witnessed Tom’s popularity firsthand she became livid. All of the news tabloids were talking about Tom and his bevy of babes. Upon finding out how Tom is having fun with ladies, she filed for divorce. An insider said, “Soon after seeing them, she filed for divorce, telling pals she couldn’t stand the pain of seeing Tom have a good time with other women.”

Meanwhile, Tom was absolutely crushed when his wife handed him the divorce paper. For him, his marriage was to remain forever, however, it didn’t. His wife stood by his wife when he was a nobody and now she is leaving him. That gotta hurt! What’s more, when Tom read the script of the series, Nigh Passage, sources maintained that he cried like a baby because it reminded him of his failed first marriage.

Nevertheless, the handsome actor has since moved on and lived a blissful married life with his second wife, Jillie Mack. They share one daughter, Hannah Margaret Selleck, born on December 16th, 1988.

Where is Jacqueline Ray now?

As of now, Jackie is living a relatively private life. Her last on-screen work was in 2007 when she appeared in the series, Unfabulous. Since then she has not worked in the entertainment world. Safe to say, the 75-year-old is relishing her life.

Jacqueline’s career as a model and actress has really helped her earn a decent amount of money. Her net worth is somewhere around the $200,000 mark. On the other hand, her ex-spouse Tom is worth around $45 million.