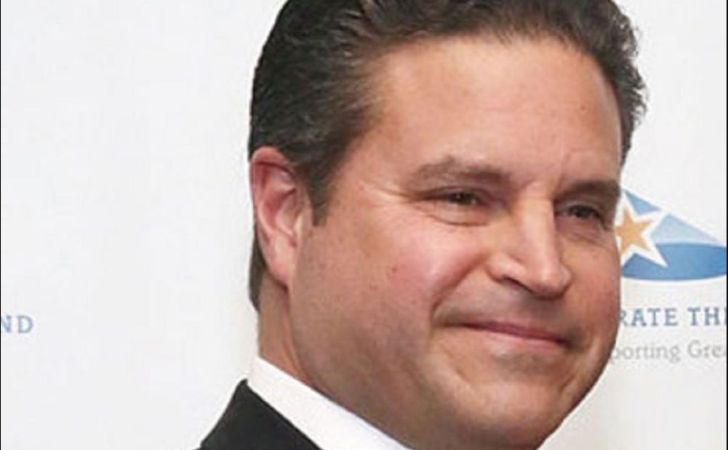 Jim Skrip, aka James F Skrip, is a successful businessman, accountant, and real estate agent. Despite his decent professional accomplishment, he is recognized in the media because of his marriage to American singer, Vanessa Williams.

59 years old Jim married Vanessa in 2015, and he is the third husband of the Everlasting Love star. But do they have any children together? How has Skrip’s life changed as Vanessa Williams’ husband?

Well, here is everything you want to know about Jim, including details on his career, wife, children, & much more.

An American businessman Jim Skrip was born on November 1, 1962, in Buffalo, New York. He was born to his late father, Frederick Skrip (died on February 8, 2011), and mother Annette J. Skrip.

Jim is not the only child of his parents but has two siblings, Michael & Martin. Talking about his education, he graduated from St. Bonaventure University in 1984 with a degree in Accounting.

While he spent a major portion of his childhood in his hometown Buffalo, he moved to Dallas due to a lack of working opportunities in his hometown shortly after graduation.

His Career In Realestate & Accounting

Now a successful businessman, Jim started his career professionally shortly after his graduation in 1984. After receiving his degree in accounting, he shifted to Dallas, Texas, eying the city’s opportunities. There he began working at Arthur Andersen in the public accounting department of the company.

But again shifted to a large real estate company as the director of Asset Management. The company back then had control over 5000 apartments in multiple cities.

In 2017, Mr. Skrip, shortly after his move to Westchester County, joined The Harvey School in the Director of Finance and Operations position.

There, he is responsible for looking at the day-to-day activities at the school and accounting, cash flow forecast, and the maintenance and construction of the infrastructures.

The 59-year-old Jim is a married man. He married the Grammy-nominated singer on July 4, 2015. The wedding ceremony was held at the St. Stanislaus Roman Catholic church.

Guests at their wedding included Vanessa’s Ugly Betty castmates Mark Indelicato and Ana Ortiz. Similarly, among other close friends and family members, Williams’ daughters Melanie Jillian and Sasha were her bridesmaids for the day.

Her mother, Helen Williams, was also present on the wedding day, who walked down from her Rolls Royce to attend the occasion.

Well, on her big day, the bride wore a beautiful white wedding gown with slight yellow sparkle and white heels. Post the ceremony, the newlywed duo rode away in a white Rolls Royce, further adding supremacy, elegance, and class.

They Married For The Second Time In a Catholic Ceremony

Post the ceremony in 2015; the couple again walked down the aisle in a Catholic ritual on May 30, 2016. This time the couple married in a proper Catholic ceremony at a church in Chappaqua, New York, the hometown of Vanessa.

Jim Skrip’s wife Vanessa even made a post from the wedding on her Instagram. Check it out.

When and How Did Jim and Vanessa First Meet?

Jim, who had just moved to Buffalo, New York, met Vanessa for the first time during their trip to Egypt. Vanessa, who had a family connection to Buffalo, was also on this trip, and her daughter Sasha.

And suddenly, a guy wearing a Buffalo Sabres T-shirt caught her attention, and he happened to be Jim Skrip.

Out of curiosity, Vanessa asked if Jim was from Buffalo and soon invited him for dinner that evening. That evening meal back in 2012 ended up in a three-year courtship and eventually into a wedding.

Prior to their marriage, the Dance with Me actress had announced the engagement on The Queen Latifah Show.

The 57 years old singer and actress was married twice before Skrip. She was first married to film producer Ramon Hervey II. They married in 1987 and even welcomed three children from their relationship, Melanie, Jillian Hervey, and Devin. However, after 10 years of marriage, the duo called it quits and divorced in 1997.

She married for the second time to Canadian basketball player Rick Fox. They married in 1999 and welcomed their daughter Sasha Gabriella Fox together on May 1, 2000. However, unfortunately, the two divorced as well in 2004.

How Much Is Jim Skrip’s Net Worth?

Jim has had a successful career so far. Starting with a job at a small software company to holding a director at a large real estate firm and now at The Harvey School, he has definitely earned a decent wealth. But he has unfortunately not revealed the exact sum of his net worth so far.

However, on the other hand, his wife Vanessa is pretty wealthy, with over $25 million in net worth.

Bianca Censori Net Worth In 2023? How rich is Kanye West’ new wife?