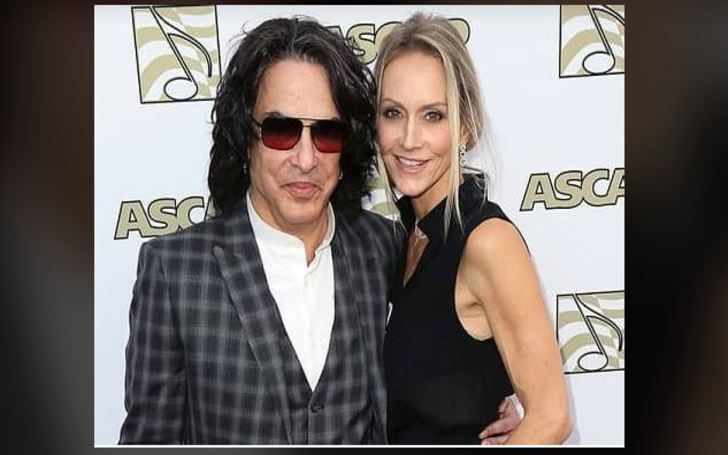 Erin Sutton is the wife of Paul Stanley, a musician, co-founder, frontman, rhythm guitarist, and co-lead vocalist of the rock band Kiss. The couple has been together since the early 2000s and has three children.

Her husband, Paul Stanley is the frontman of the legendary rock band KISS. Sutton’s husband co-founded the band in 1973 and has written or co-written some of their most popular songs, including Rock And Roll All Nite.

Being the wife of such a successful artist, Sutton has made more than just a few spotlight appearances. In fact, there is a handful of pictures where she can be seen by the side of her musician partner. What’s missing though is the proper narration that could have to define who she is on her own. Read Erin Sutton’s life as far as possible from her spouse’s fame.

Erin Sutton Is A Lawyer

Although Sutton almost always accompanies her husband on red carpets and public outings, she keeps her personal life extremely private. Her profession isn’t that clear to the outsiders nor has she talked about details with respect to her early life.

What makes her life so riddling is unlike her famous husband, almost all of her social media accounts are exclusive.

She, nonetheless, has been reported to be working as an attorney.

Erin Sutton And Her Husband Have Been Together For Two Decades

Erin married the Metal vocalist, Paul Stanley at the Ritz-Carlton, Huntington in Pasadena, California on November 19, 2005. They celebrated their wedding after several years of dating. They had about 175 guests.

Surprisingly, Stanley’s pal Gene Simmons did not make it to Stanley and Sutton’s wedding as he had a different view against marriage.

The couple had started their relationship nearly two decades before their marriage. Erin and the Starchild first met each other at a restaurant.

Where Did They First Meet

Sutton first got Stanley’s attention when he was dining with a friend at Ago.

Talking about their first meeting, the star who had an ear reconstructive surgery to correct a birth defect called microtia, said how he saw

He added after seeing the blonde woman he felt compelled to go talk to her. He described the moment as one of those situations where a higher power intervened in his mind and gave him the courage to go and talk to her.

It had been seven years since he separated from his first wife, Pamela Bowen. He was enjoying financial success and critical acclaim as a painter.

That all changed when Stanley met Erin Sutton at a restaurant.

“I was out to dinner with a friend of mine, and at the next table were a bunch of women I knew,”

said the Manhattan-born artist of the first time he encountered the mother of three children.

Paul Stanley Says Meeting Erin Was Something Else

He remembered himself sitting at a table and in came this woman in the restaurant. He looked at her, and before he knew her looks captivated him. The now 69-year-old Stanley explained, it though was not in the way where he wanted to go home with her and end up with her; he rather wanted to talk to her.

The following day, Simmons called and invited Sutton to have dinner at his house.

After that, the heavy metal/hard rock artist says, he made dinner, and Erin and he had a terrific time.

Stanley disclosed it was something he had to pursue. The New Yorker, at the time, didn’t want to give up any possible options. He, though, put time and care into it.

Over time, Stanley admits his future wife Erin always showing him consistency and selflessness whilst also not losing her own worth.

The I lOve It Loud singer says Sutton never compromised who she was, and their relationship went on for years before they finally walked down the aisle in 2005.

Together They Have Three Children

After the marriage, Stanley and Sutton welcomed three children. The couple, who has an age difference of 20 years, had their first child, a son named Colin Michael Stanley, in 2006.

Erin and the Beth singer had another child, daughter no.2, Emily Grace Stanley in Aug 2011.

Paul barely misses the chance to rave about his wife on Twitter and in interviews.

In an interview talking about his wife, Stanley said,

“We spend virtually all our time together. When I hear about people needing breaks from each other then I think they probably married the wrong person.”

The God Of Thunder vocalist also declared that Erin is his soul mate and for him, there is no one he would rather spend his time with. For him, Stanley says there’s nothing more stimulating or beautiful or fun.

Together, they own the Beverly Hills home which the couple bought in 1996.

Stanley often posts photos of his children and wife across all his social media, mostly expressing how grateful he is for his family.

Erin Sutton Husband Was Previously Married To An Actress

Erin Sutton is actually the Showman of the Year’s second wife. Before her, Stanley was the husband of actress, Pamela Bowen.

The musician has a close relationship with his first son Evan. Evan Shane Stanley is also a musician and guitarist.

Her Husband Is Ultra-Rich

Sutton’s longtime partner is outstandingly rich with an estimated net worth of over $200million. There’s however, more to the Strutter singer’s fortune than just denoting it with specific numbers. For starters, Erin’s rockstar spouse has not just one stream of income but multiple of them, from merchandise to occasional property dealing.

The fact that Erin with her family living in Beverly Hills should at least give the roughest approximation as to what her lavishness seems like behind the closed doors.

Though the only thing that is hard to construe is how much wealth/net worth does Ms. Stanley possesses on her own.