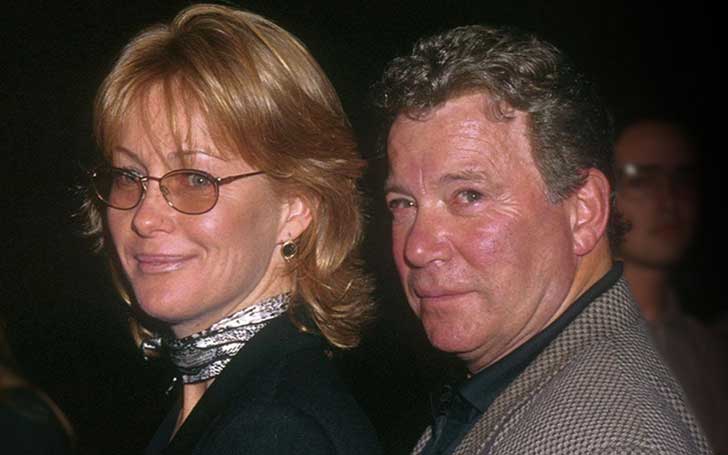 Nerine Kidd is the late wife of Canadian actor, director, producer, and author, William Shatner. Nerine was the third wife of the 90-year-old Canadian star, however, just two years into their married life, Nerine died. What was the cause of her death? Was it a murder?

Besides, it’s been more than two decades since Nerine passed away. However, people still show their interest in her love life, and days before she got married to Shatner. So, what is Nerine Kidd’s family background? How did she meet Shatner? Was she as famous as her husband before she met him?

We have all the exclusive information on Kidd’s life here. Don’t go anywhere if you want to learn everything about her.

Nerine Kidd Death – What was the Cause of Her Death?

Nerine Kidd was found dead at the bottom of their swimming pool on August 9, 1999. After the initial investigation, police reported that Nerine died of accidental drowning. Police reportedly said the then-model and aspiring actress drowned while she was swimming alone on that evening.

Kidd’s husband, who had already filed for divorce, told the reporters that he was shattered to find Nerine dead. In his word,

“Meant everything to me. My beautiful wife died last night. Her laughter, her tears, and her joy will be with me for the rest of my life.”

On the night of August 9th, the Canadian actor had returned their Studio City home from a trip to Orange County to find his wife unconscious at the bottom of their outdoor pool. Shatner dived into the pool, pulled Nerine out, and tried to resuscitate her, but couldn’t. Paramedics, who arrived shortly later couldn’t revive Kidd as well.

What Did Her Autopsy Report Say? Was it a Murder?

The final autopsy result of Nerine Kidd revealed that she was intoxicated with alcohol and had taken sleeping pills the night she drowned. As per the report, Nerine had a blood-alcohol level of 0.27%, which is over three times the legal limit for driving.

Furthermore, the report also said that Nerine had bruises on her face and had two of her collar vertebrae broken. Doctors indicated that she might have dived into the pool, banged her head on the bottom, and then lost consciousness. Meanwhile, the authorities declined any possibilities of foul play.

As a matter of fact, police questioned Nerine’s then-husband, William Shatner, many times. But, Mike Coffey, the LAPD detective said that Shatner provided a time-stamped restaurant check that proved he was dining at the Can Clemente hotel with his daughter at the time Nerine drowned and lost her life.

Well, Nerine Kidd’s then-spouse, William Shatner has been vocal about his situation after Nerine’s death in the late 1990s. In his memoir, Live Long and …What I Learned Along the Way, the Canadian actor revealed that Kidd’s death was the lowest point in his life. Shatner wrote,

“My grief was overwhelming. This was the type of pain that makes you think either I’m simply going to die or I’m going to kill myself.”

Shatner further wrote he saw his wife’s body lying in the pool in the moonlight. “The emergency responders rushed to the house, but there was nothing that could be done,” Shatner wrote further.

More than two decades after the tragic incident, Shatner still feels her loss deeply. Shatner, who still lives at the same house says “the nightmare of the event is still there. It’s always there.”

He Dedicated a Song for His Late Wife

Years after Nerine’s death, William Shatner wrote a song in memory of his late wife and the night she passed away. He included the song on his 2004 album Has Been. The track named What Have You Done is a spoken word track that tells what Shatner experienced that night. Here is one passage of the track:

Nerine Kidd, the late wife of actor William Shatner was an alcoholic. In fact, many of Shatner’s friends, including late Star Trek star Leonard Nimoy had warned Shatner of Nerine’s addiction to alcohol.

He said that Nimoy had called him just before his and Nerine’s wedding. Shatner recalled Nimoy told him a sentence, “Bill, you do know that Nerine is an alcoholic.” He further recalled his conversation with the late actor as:

Meanwhile, the day before Nerine died, she and her husband went for dinner where she reportedly ordered a vodka cranberry. However, Shatner said Nerine told him it was just cranberry juice. Moreover, on the way home, Nerine said she had to buy some groceries, but she bought booze instead and hid it under her shirt.

Due to Nerine’s alcoholism, she was arrested over DUI a couple of times. In fact, she had a pending court case at the time of her death.

Two years before her death, in 1997, Nerine Kidd was arrested over a drunk-driving charge. The case was still pending at the time of her death. In fact, Nerine was supposed to appear in LA Municipal Court for her last court date on the day she died. However, she didn’t show up.

Her attorney, Peter Knecht said that he had reminded her of the court date the night before and he “couldn’t understand a word she said.” Peter further added that Nerine didn’t appear to be in good health to him.

Nerine Kidd and William met for the first time in 1994 on the set of Kung Fu: The Legend Continues. Back in time, Shatner’s personal assistant, Stephanie Riggs told that he was directing the movie which was one of the first big jobs of his then-future wife, Nerine. The pair hit it off soon and they started dating.

After a couple of years of courtship, Kidd and Shatner got married in November 1997, in an exclusive wedding in a private home in Pasadena, California. Where it was the first marriage for Nerine, it was the third for the Canadian actor. As a matter of fact, Shatner’s Star Trek co-star, Leonard Nimoy was the best man.

They Faced Problem in Their Marriage Very Soon

The Shatner-duo started facing problems in their married life sooner than expected. And just before their first wedding anniversary, they separated. As per the court records, William Shatner filed for divorce from Nerine Kidd in Burbank Superior Court on October 21, 1998.

Moreover, the court documents revealed Shatner asked the judge not to award alimony. However, the television star didn’t take the case further, while his wife, Kidd didn’t respond to the suit at all.

The two thereafter reconciled and got back together as a happily married couple. However, records say, just before Nerine’s death, William Shatner was thinking of getting a divorce from her. But, he didn’t take the step ahead.

Did She Have Children with William Shatner?

No, Nerine Kidd and William Shatner didn’t give birth to any children during their two-year-long married life. The pair was head over heels in love with each other before and after their marriage in 1997. However, they never felt the necessity to have kids together.

Besides, Kidd was a stepmother to three of Shatner’s kids from his first marriage to Gloria Rand. Her three step-daughters are Leslie, Lisabeth, and Melanie Shatner.

Her Husband, Shatner Has Been Married Four Times

After his first divorce from Rand, Shatner tied the knot with Marcy Lafferty in 1973. She is the daughter of late producer, Perry Lafferty. Their marriage ended in 1996, after 13 years of conjugal life.

While William Shatner’s third marriage was to Nerine Kidd herself, his fourth marriage was to Elizabeth Anderson Martin. The pair tied the knot in 2001, less than two years after Nerine’s death. They remained together as husband-and-wife for nearly a decade as the Canadian superstar filed for divorce in 2019. Their divorce was finalized in January 2020.

Besides being an actor, producer, director, and author, William Shatner is also a space traveler. Back in October 2021, Shatner made it to space with Blue Origin, Jeff Bezos’ commercial spaceflight company. Shatner, at the age of 90 years, hence set the record for the oldest human ever to fly to space.

Shatner was with three other crew members, including Captain Kirk on the New Shephard capsule on October 13, 2021. which successfully blasted off into space. Shatner experienced weightlessness for around four minutes before the capsule landed safely in the West Texas desert.

Nerine Kidd was born Nerine Elizabeth Kidd on July 13, 1959, in Boston, Massachusetts, USA. Besides, Nerine only rose to the limelight after she started dating William Shatner in the ’90s. Due to this reason, there is little to no info on her early life, and parents.

Meanwhile, many of her friends describe her as a kind person. “If anything was really important to anybody, she was always there,” said one of her colleagues. She added,

“She was like a comet, very bright, vivacious, the biggest heart you could come across.”

She Was an Aspiring Actress

Born and raised in Boston, Massachusetts, Nerine Kidd came to Los Angeles in 1985 with the aspirations to become a model and actress. As a matter of fact, she went there to act in commercials. She had modeled for J. Michael Bloom and afterward was represented by L.A. Talent.

Besides, during the last few years of her life, Kidd had tried her hands in TV shows. Her last work as a television actress came in A Twist in the Tale which was a kids’ show. The show was shot in New Zealand and it also featured her then-husband, William Shatner.

What was Nerine Kidd Net Worth at the Time of Her Death?

Nerine was an aspiring model and actress in the ’90s. She had done modeling and acting a couple of times. However, Kidd couldn’t establish herself as she had desired. Nevertheless, she must have earned a good amount of money from her professional involvement. But, unfortunately, her net worth at the time of her demise is not revealed as of yet.

Meanwhile, her then-husband, William Shatner is a very successful actor and producer. As of 2022, Shatner has a staggering net worth of $100 million. Meanwhile, Celebrity Net Worth mentioned that Shatner takes a remuneration of $150k per episode for his television appearance.