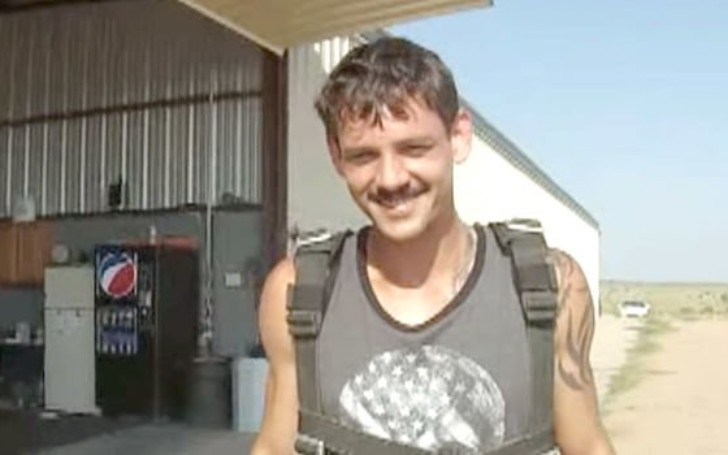 The name Travis Maldonado came on everyone’s radar after the show, Tiger King first aired on Netflix. He was one of many husbands of the notorious animal breeder, Joe Exotica. He wedded Joe in a throuple matrimonial alongside John Finlay. Though Travis sadly passed away due to an unfortunate accident, people are still curious about certain aspects of his life.

The Southern California native was a handsome young man who had a big life ahead of him. However, due to sheer negligence from his side, he is no longer among us.

Today let us take a close look at the life of Travis Maldonado and find out the real truth behind his death. In the meantime, also know about his past life & more!

The late celebrity spouse Travis Michael Maldonado was born on March 22nd, 1994, in California. He is one of three children of Danny Maldonado and Cheryl Maldonado. Initially, Travis spent the major portion of his life in San Bernardino County from where he graduated high school as well.

Travis belonged to the Caucasian ethnicity. He has Spanish ancestry from his father’s side of the family.

Besides, Travis’s father Danny is a retired United States marine. He retired from the position of Master Seargent. He served the country for over 20-years before retiring. On the other hand, Travis’s mother Cheryl was previously working at Philips 66 but she left the company in October 2019.

Travis had two elder sisters, Ashley and Danielle Maldonado. All three of them were quite close with each other, evident from the sheer amount of posts Travis’s sisters shared on social media after his death. It truly was a heartbreaking moment for the family when they lost their little brother.

Safe to say, all three of the Maldonado siblings were quite close to each other despite their differences. Moreover, after Travis’s tragic passing, his sister Ashley set up a GoFundme initiative just so they can travel from California to the zoo where her brother had died.

To this day, both Ashley and Danielle pay tribute to their dead brother. The wound has not healed just yet.

Travis had been addicted to drugs during high school

Travis’s early teens weren’t as great as one would expect. He was addicted to meth and wasn’t doing great at school. After he graduated high school from Chino High School, his parents became worried as to what will he do now. It was when they decided to send him to the Greater Wynnewood Exotic Animal Park. One of Maldonado’s family friends was already working there. The employee then suggested to Joe that he take Travis in, hoping he would quit his addiction.

Though we cannot say for certain if Travis quit his habit, he sure enjoyed his time back in the zoo. Unlike John Finlay, who underwent a visible transformation, Travis didn’t have any. He was still the same good ol’ guy who loved smoking and driving motorbikes all around the estate.

Many of you might’ve heard about polygamous relationships, however, have you ever heard about a three-way wedding ceremony? Well, now you will.

After Travis started working at the Zoo in Oklahoma, Joe was instantly smitten by the then-teenager. Subsequently, within a month of moving in, he married Joe alongside Joe’s other boyfriend, John Finlay in 2014. The pair remained in a married relationship for years before Travis’s death shocked everyone. When the news of Travis’s death first came in, Joe told Texas Monthly, “My entire soul died.”

Besides, John Finlay has claimed that the wedding between him, Travis, and Joe was never legal. As of now, John is happily engaged to his girlfriend Stormey Sanders. In the meantime, Travis’s husband Joe Exotic is married to Dillon Passage since 2017.

How did Travis Maldonado die? Did he commit suicide?

Travis died on October 6th, 2o17. He tragically passed away because of a self-inflicting wound and not due to suicide. At the time, Travis was playing around at the zoo’s gift shop and showing off his Ruger pistol to one of the staff. Apparently, he was trying something that he’d read on the internet. He removed the magazine from the gun and though there was still a bullet in the chamber, the internet told Travis that it wouldn’t fire. But sadly, it did fire, killing him almost instantly. He was dead before the first responder came to the scene.

His death shattered Joe. Finlay recalled that when he went to visit Joe after Travis’s death, he was a mess. He was a far cry of his usual self. When Finlay went looking for him at his house, he found him sitting in the garage sobbing with a gun in his hand.