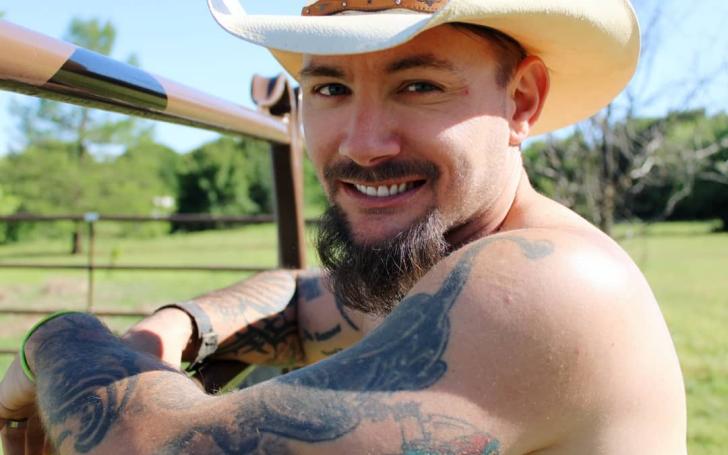 Joe Exotic’s Husband John Finlay, now former, came to prominence after Netflix’s show, Tiger King blew up. The series covered the story of tiger breeder Joe Exotic and his outlandish lifestyle. After the series got hit, Joe’s ex-boyfriend Finlay was in everyone’s mind. Many of us became curious to know what has he been up to lately.

Well, for starters, John has completely transformed his life. Not only did he leave the dreaded place that the Greater Wynnewood Exotic Animal Park was, but he also enjoys a great personal life. Yes, he is in a relationship.

Today let’s find out what is Joe doing these days? and also take a look at his relationship with his girlfriend turned fiance.

Since getting famous, people have been asking about John’s life. What has he been doing and how did his association with the notorious Joe exotic come to be? Well, first things first, since letting go of his life in Wynnewood Park, Finlay has found a different path. Currently, he works as a welder based in Oklahoma. John Finlay lives alongside his partner, Stormey Sanders.

The couple has been dating for a couple of years. They had planned to marry in the year 2020 but due to the Coronavirus pandemic, they had to withhold the ceremony. Talking about their wedding, Finlay in a lengthy Instagram post, wrote how excited he is to exchange vows with her once the Pandemic is over.

Finlay wrote, “Although our wedding is postponed due to the pandemic, I cannot wait until the day we say, “I do.”

Finlay also mentioned in the same Instagram post that it was his wife who carried him away from the darkness. Moreover, when Finlay started his long path to recovery, Stormey stood by him through thick and thin.

Now, that you’ve heard what is Joe Exotic’s husband John Finlay, now former, doing these days, well there you have it.

The woman who is behind Finlay’s drastic transformation is none other than his fiance. If it wasn’t for her, Finlay would still be the same meth addict impulsive man. Talking about her profession, she is an accountant based in Oklahoma. Safe to say, both, John and Stormey are working hard and living a life full of happiness.

Initially, the pair first met online back in 2019. Though online relationships tend to be short-lived, clearly it is not the case here. Not only are they living together, but the duo is also planning to marry soon.

John is Meth Free and has a New Set of Teeth: Take a look at his transformation!

When we first watched Tiger King, John looked like a junkie. When the series was first released, trolls started making fun of his teeth and even more so his overall look. But now John has also undergone visible facial changes. He no longer looks like his former self. John told the truth about his orals in a Facebook post.

In the post, he is seen with his wife Stormy. He wrote, “Yes I have my teeth fixed.”

Simultaneously, he called out the producers at Netflix and said,

“The producers of the Netflix series had video and pictures of this, but chose not to show it.”

In the show, Tiger King it was shown that John’s teeth were in such a state because of his meth addiction. However, Joe Exotic’s ex-boyfriend had something else to say. He revealed the teeth were the result of a genetic condition and not the side effects of the drug. Regardless, he achieved this feat by quitting drugs. Yes, the TV star has been drug-free for several years.

John Finlay was reportedly married to Joe Exotic in the past

Before setting his life straight, John was living a rather weird but intriguing life. He joined the park at the age of 19, right after he graduated college. Soon, he moved in at Joe’s place and after a couple of months, the duo was dating. At the beginning of their relationship, Joe was still married to his first husband J. C. Hartpence.

Around a decade after, in 2013, a man named Travis Maldonado arrived at the zoo. Joe soon fell in love with the guy and his contentment with boyfriend Finlay, all three wedded in a three-way ceremony in 2014. Nevertheless, to this day, Finlay claims the wedding was never legal, to begin with.

Their so-called marital life ended after a fallout between them. Later in the same year as their wedding, John left the estate in order to start a new life. As for Joe’s second husband Travis, he died of a self-inflicting wound when he tried to play around with a Ruger Pistol. He took his last breath on October 6th, 2017.