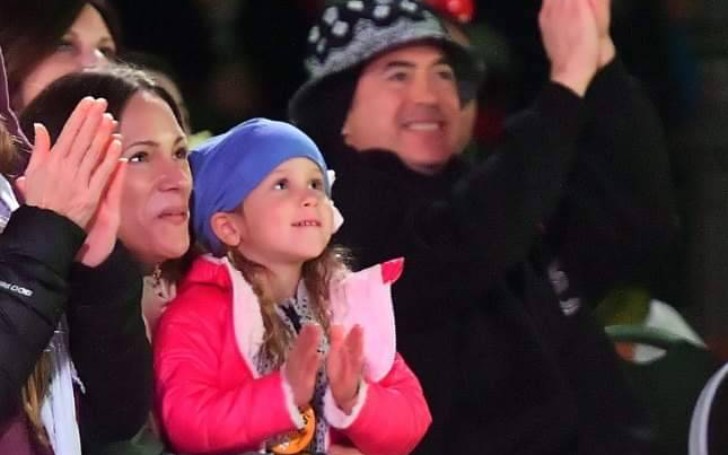 Avri Roel Downey is the daughter of actor Robert Downey Jr. and his wife Susan Downey. She came into this world in 2014 and has been on the news since her birth. Partly because of her dad who said he will embarrass her till she turns 30.

Well, Robert certainly has kept his words till now as annoys his kids on a daily basis, evident of the social media posts. Besides, many of you might be curious to know what do her first and middle names mean.

Let’s find out all the answers to your queries here today!

Avri Roel Downey is the only daughter of Robert Downey Jr. and Susan Downey

Her paternal grandfather Robert Downey Sr. is a filmmaker and a former actor and her grandma Elsie Ann was an actress. On the other hand, her maternal grandparents are Rosie and Elliot Levin.

The secret behind the name Avri Roel Downey

We’re sure many of you might have rarely come across the name Avri. Moreover, her middle name Roel has somehow raised more curiosity. Well, allow us to tell you what is the meaning behind it, but don’t take our words for it as this is speculated by many tabloids and not said by the Downeys.

Robert and Susan first met back in 2003 on the set of the film, Gothika. His wife, at the time, was working as the Executive Vice President of Production at Silver Pictures.

In the beginning, Robert was the one who fell in love, however, Susan initially denied his advances. But Robert being Robert, he kept on trying and after a couple of more amorous invitations, Susan finally yielded.

Despite the love they had between them, Susan was quite skeptical initially. Why? Well, because she thought their relationship will eventually end after the shooting completes. Fortunately, their romance stood strong.

Some times later, right on the occasion of Susan’s thirtieth birthday, Robert proposed and they got engaged. Some times later, they exchanged vows on August 27, 2005, in a traditional Jewish ceremony.

She has two older brothers, Indio Falconer Downey, and Exton Elias Downey. The oldest of the brood Indio Falconer was born on September 7th, 1993. He is the son between Robert Downey Jr. and his ex-wife, Deborah Falconer. Meanwhile, Exton was born on February 7th, 2012. He is Avri’s only biological brother.

Avri’s older brother, Indio has worked in the entertainment world. He once appeared in his dad’s movie, Kiss Kiss Bang Bang as Harry Lockhart.

All three of the siblings are quite close with each other. Robert has certainly done a great job in the parenting department.

Avri Roel Downey Lifestyle: Her father is a multi-millionaire

Well, it will certainly make any sense if we discuss Avri’s net worth as she isn’t associated with a profession. On the other hand, her dad, Robert is one of the richest actors of all time. As of now, his net worth is $300 million. He earned a major portion of his income while portraying the role of Iron Man in the Infinity saga.

From the above info, we can tell Avri’s lifestyle is quite lavish.