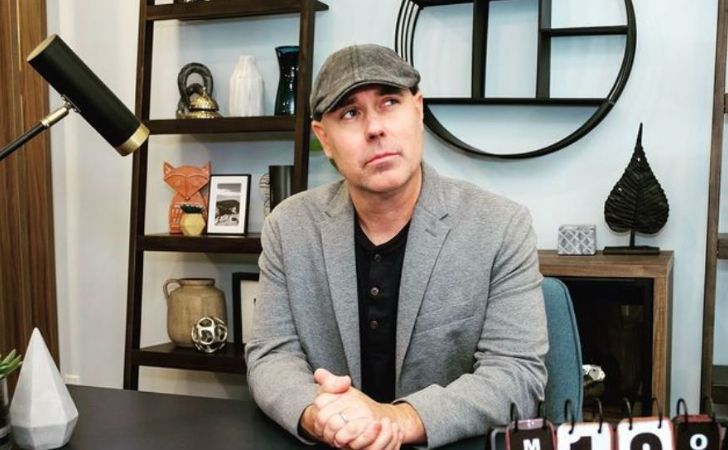 Dave Wilson is a former American musician, TV personality, and real estate personality. He has been part of numerous TV series, including his most prominent Masters of Flip, which he hosted along with his wife.

Well, what about his married life? Well, the reality TV star was married to his wife Kortney Wilson. But it looks like things are not great between the duo. In 2020, Kortney announced that they have already separated? What’s the truth? Do they have any children from their marriage?

In this article, we are going to discuss his career and relationship in detail.

Well, Dave Wilson is not the one who gained fame solely because of his professional accomplishments. Rather, he gained recognition only after his marriage to actress and singer Kortney Wilson.

The couple married in around 2005, in a low-key wedding ceremony. Just a few friends and family members attended their wedding.

Dave met Kortney around the year 2000 during his trip to Nashville. As fate had it, their first meeting soon turned into a romantic affair. They reportedly dated for over four years before they walked down the aisle.

Apparently, Dave and Kortney had good chemistry as a couple. Starting with the first meeting in 2000, the duo were together for over 18 years and in a marital relationship for over 14 years. But the duo shocked everyone by announcing their separation.

The shocking announcement was made by Kortney who shared a lengthy message on her Instagram on December 20, 2019. None of them have revealed the exact reason behind their separation, but apparently, the split seems to be on mutual terms.

Though they have separated, they still seem to be great friends and even run their shows together. Their divorce is yet to be finalized.

Dave Shares A Great Relationship With His Children

The handsome hunk, Dave Wilson is a father of three children, Jett, Sully, and Lennox Esmee. While Jett and Sully are his biological kids from his marital relationship with Kortney, Lennox Esmee is his adopted daughter.

The Meet the Wilsons star shares a great relationship with all his kids. In fact, he often shares photos of his kids on his socials. Back in March 2020, he shared a beautiful photo of his children on his Instagram with a beautiful caption, where he wrote,

Dave, despite having filed for divorce with his wife, takes care of their children together with his separated wife.

Like we said earlier, Dave Wilson is a successful TV personality famous for his HGTV show. He has appeared in numerous TV series but is mainly famous for his real estate flipping show, Masters of Flip.

He began his professional career in TV back in 2009, where he was part of a TV series named Meet the Wilsons. He appeared in 17 episodes of his show along with his wife. In 2011 and 2012, he appeared in Wilsons Flip Out, and Employee of the Week. Likewise, from 2011 to 2012, he appeared in one of his popular Talk-show Kortney & Dave: By Request, which he hosted alongside Kortney.

In the year 2020, he appeared in 10 episodes of Making It Home with Kortney & Dave. Further, he was also the project manager for another TV series named Family Home Overhaul.

Some of his other successful TV series include Music City Fix, Home to Win, The Marilyn Denis Show, and a few others.

Like Kortney Wilson, Dave is a big fan of social media. He is very active on Instagram and has already amassed a total of 32.5k followers (as of May 2021). Well, on his Instagram, he almost regularly comes up with beautiful posts about his personal and professional life.

Some Interesting Facts About Him: