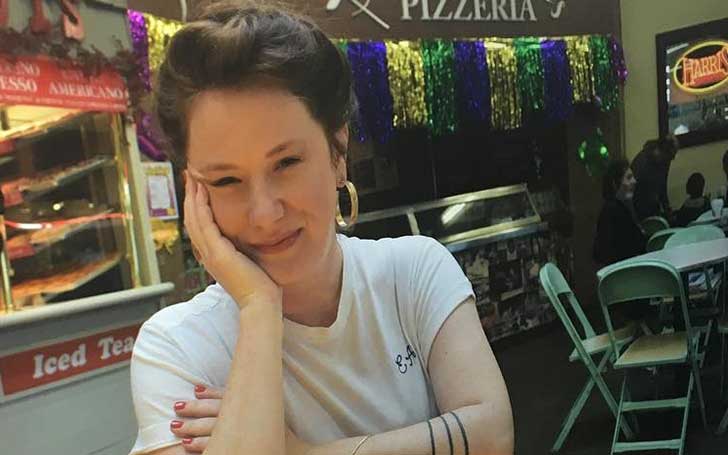 Tom Hanks has remained far from the limelight in the last few years, however, his active presence on social media has never kept him far from his fans’ eyes. Not only him, but his fans are also curious to know about his relationships and children. And Elizabeth Ann Hanks is one of his children we are going to talk about today. She is the first and only daughter of the Oscar-winning actor.

Born as the second child of the Forrest Gump star and his first wife, Samantha Lewes, Elizabeth doesn’t pursue a career in the entertainment industry. She prefers living away from the media limelight, however, people who follow her father always find it interesting to know about her.

Even though she has not shown her interest in acting, Elizabeth has some acting credits under her belt. Besides, she leads a happy life as a writer and author. Here, let’s explore some lesser-known facts of Elizabeth Ann Hanks’ personal and professional life.

Who Is Elizabeth Ann Hanks?

Elizabeth was born in Los Angeles, California, on May 17, 1982, to Tom Hanks and Samantha Lewes. She has an older brother, Colin Hanks, born on November 24, 1977, in Sacramento, California. Her parents got married in 1978, a year after her brother was born.

Elizabeth belongs to a multi-racial ethnicity. In January 2017, Hanks took to Instagram revealing her ancestors hailed from different parts of Europe.

She shared her great-grandmother, Elexio Rose‘s photo with the caption:

She was an immigrant from Portugal. My step-grandparents were from Greece and Bulgaria. My mother’s people fled starvation in the potato famine. I am the product of the great immigrant history of America.

Elizabeth Ann Hanks and her brother, Colin, were still kids when their parents ended their marriage. They divorced in 1987, nearly after a decade of conjugal life. The college sweethearts immersed in a family life young as they gave birth to their first child, Colin.

After their divorce, Tom Hanks married actress and co-star Rita Wilson in 1988. The pair met on set in the early ’80s, however, they didn’t get intimate until Hanks’ marriage with Samantha ended. The pair have two children, sons, Chet Hanks, and Truman Hanks.

Samantha was an actress known for her performance in movies like Mr. Success and Bosom Buddies. She appeared as a waitress in the 1981 film, Bossom Buddies and a customer in the film Mr. Success.

She Is Close To Her Siblings and Step-Mom

in fact, she even wrote a beautiful caption and expressed how proud she is for being the daughter of the legendary actor. Check out the post here.

Elizabeth’s Grandmother Passed Away in 2016

The beautiful Elizabeth’s granny, Janet Marylyn, died on 12 July 2016, at the age of 84. Her father announced the news on social media. He posted his mother’s photo both on Twitter and Instagram and wrote, “This beauty? My mom. She was the difference in many lives. Many lives. We say goodbye to her today. Safe crossing, mom!”

Meanwhile, Elizabeth’s step-mom, actress Rita Wilson also paid tribute to her mother-in-law on social media. Rita wrote, “This wonderful lady gave birth to my husband and three other children. Thank you for bringing my love into the world. She is at peace now.”

As we already mentioned, Elizabeth showed no interest in following in her father’s footsteps. However, she has made her appearance in two of her father’s beloved movies. In 1994, she appeared as a “school bus girl” in Forrest Gump for which her father won an Academy Award.

Two years later, in 1996, Elizabeth appeared in a “bored girl in dress shop” in That Things You Do!. Her father was the writer and director of the movie.

Elizabeth is 38 years old as of 2020. Being a celebrity kid, her personal life is always scrutinized by many of her fans and well-wishers. Many online tabloids have speculated Elizabeth to be a married woman, however, she hasn’t addressed such speculations to the date.

She frequently shares her photos with her loved ones on her social media, however, she hasn’t shared anything regarding her love life. As of yet, there is no verification that she is in a relationship. So, it is safe to say Elizabeth Ann Hanks is unmarried and leading a single life happily.

There are not many details about Hanks’ childhood days and educational background. However, she once took to her Instagram, revealing she graduated from The Archer School for Girls, Brentwood, California, in 2001. There she shared her identity card with her photo and signature. Here is the post:

According to The Famous People, Elizabeth pursued her higher education at the University of St. Andrews, Scotland.

She is a Professional Writer

Elizabeth Ann is a successful writer and author. She goes by her pen name EA Hanks which is the name she uses on her social media. She is associated with many editorials, including The Huffington Post, Vanity Fair, The Guardian, and Buzzfeed.

Besides, she also worked as the Children’s Editor at the literary review journal Los Angeles Review of Books. She also gives her honest reviews about her book preferences, political views, and sketches on social media.