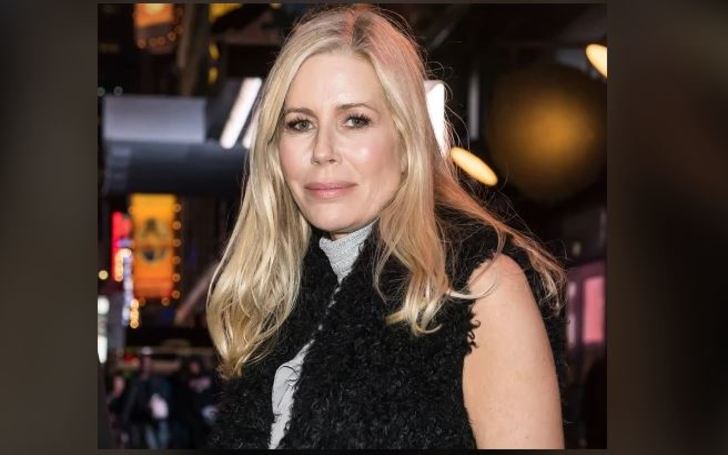 Aviva Drescher is a former reality star, an influencer who is famous for appearing in Bravo’s reality TV series, The Real Housewives Of New York City. She is best known for one of the most infamous scenes in all of “Housewives” history when she removed her prosthetic leg and hurled it across a table.

From the moment Drescher brought her prosthetic leg into the spotlight, she sparked controversy and directly or indirectly pushed the show’s ratings to new heights.

Drescher is blond, beautiful, and brazenly honest. She is, in fact, one of the boldest cast members of Bravo’s The Real Housewives of New York City and most talked-about stars of reality TV. Besides, she is also an entrepreneur.

Read the no-holds-barred details of her life. The piece below will unravel a clear-cut exposure of Aviva’s many medical and elective surgeries, and what really happened to her behind the scenes of reality TV, her marital ties, and much more.

Drescher was born Aviva Teichner on September 9, 1970, in Manhattan. The daughter of George and Ingrid Teichner is mostly of German descent.

When she was young, she lost her mother and after that, her father married a woman named, Dana Cody. Aviva lived in Manhattan all her early life, from her birth to all the way up to her teenage years.

Aviva Drescher Lost Her Foot At 6 Years of Age

Aviva was six when she lost her foot in a barn accident. She had gone over to a friend’s house for a sleepover. She and her friend went into a barn and on the way, she ended up trapping her foot in a machine.

The daughter of a German mother got an infection had a bunch of surgeries and eventually lost her whole foot above the ankle in the process. Since then she has had numerous—sometimes bizarre— attempts to reattach it.

Drescher says she has also wrestled with chronic panic attacks and phobias. She says in her adult life, she learned to use fashion and style to draw attention away from her prosthesis. Aviva wouldn’t get a high-heel prosthetic until she was twenty-eight.

She Lost Her Mother To Alcoholism

The real terror of Aviva’s life, though, was her mother’s addiction to alcoholism. Her mother struggled with alcoholism during Aviva’s school years and childhood.

Her mother, Ingrid’s health declined due to alcoholism, which eventually caused brain shrinkage, mini-strokes, and dementia.

After she passed away, Drescher wrote about her difficult life in post-WWII Germany, before she moved to America and became a model and Pan Am, stewardess.

Both Aviva Drescher’s father and mother were a devotee of Sai Baba at one time. In the mid-eighties, she and her family went to Puttaparthi, Bangalore, India to see Saibaba.

They spent about five weeks there. After returning from India, her parents had put up framed pictures of Sai Baba around the house. They even did one interview with him.

After decades of following him and admiring him, her dad and mom finally let his guru go following the revelation that Saibaba was a sham.

Her parents were also traveling junkies. And in addition to having a house in Manhattan, they also had a residency in Jamaica. With them, she and her brother, Andre cruised through trips around Europe, rode the orient express, went on safari in Africa.

Aviva Drescher Was Tall For Her Age

By the time she was sixteen, Aviva was already five foot nine inches tall. And due to this, in high school, other students called her the ostrich girl because of her tall stature.

In high school, she played volleyball. She was the setter and the captain of the Fieldston volleyball team. Her grades and scores from the college preparatory years also were solid.

She eventually got admission to Vassar, a small liberal arts college in Poughkeepsie, New York which was her top choice.

Drescher Lived In France And Has A Law Degree

Aviva Drescher also lived in Paris. She had fled to the French capital in her early twenties, where she transformed herself into a wild club chick and danced on tables with the crème de la crème of the big-hair supermodel era.

After returning to the states, she started working at a life insurance company for a couple of years before quitting it. She reveals she left this job of her because she was feeling like killing herself thinking and talking about death
all day.

She then pursued law because Aviva says she had always had a passion for it and forever had a big mouth. Aviva took the LSAT and went to Benjamin N. Cardozo school of law in the west village of Manhattan.

She additionally has a bachelor’s degree and a master’s in French from New York University.

As mentioned, Aviva Drescher gained recognition after appearing on RHONY the franchise’s fifth season. She would remain on the show until the finale of the sixth season.

In the show, her storyline centered around her life with a prosthetic leg. She is famously known for her famous “leg throw,” scene in the twentieth episode of the show’s sixth season.

Other reality shows where she has had credits include a TV series documentary, Marie, TV series, Bethany, and Watch What Happens Live.

After quitting RHONY, Drescher began working as the brand ambassador for several companies including Juice Plus and Smile Sciences. She also does several philanthropic works.

The tall blonde former reality star is the National Spokesperson for One Step Ahead and CAF organizations helping amputees. Drescher also serves as an Advisory Board Member of Cancer Schmancer/Trash Cancer and additionally works with the Live4Life Foundation.

Starting from her teen years, Drescher has had a series of relationships. Aviva has four children from two marital relationships. She is currently the wife of Reid Drescher. Her husband is a Wall Street investment banker.

As per Daily Mail, they married in November 2006. Together with Reid, she is mother to son Hudson and daughter Sienna. Aviva is also a stepmom to Reid’s daughter Veronica from a previous marriage.

Drescher and her current husband, Reid Drescher appeared on the WE TV series, Marriage Boot Camp: Reality Stars. They also renewed their vows on the show.

They re-celebrated their wedding at Cabo Villas Beach Resort & Spa in Mexico in front of their children.

She Also Had A Son With Real Estate Investor Harry Dubin

Before, Reid, Drescher was married to RHONY playboy and a real estate investor, Harry Dubin (m. ?-2005). With him, she had a son Harrison.

Her first ever documented boyfriend’s name is Mike whom she revealed was dating around the time when she was about to go to India.

It was the mid-80s and she was then in her teenage years, and in her book, Leggy Blonde, Drescher says she and mike were madly, deeply, and passionately in love.

She broke up with Mike in the summer right before she was about to start off college. He was a few years her senior. Aviva says the breakup was rather smooth.

When she was in law school she dated a man named Jonathan, a business student at Columbia University who she had met through mutual friends.

In Paris too, she had a boyfriend named Alexandre. He, at the time, was 10 years her senior and a nightclub manager.

Also, in Oct 2021, while giving an interview on Watch What Happens Live with Andy Cohen, film producer, Jason Blum claimed he and Aviva dated when both of them were in college.

Is Aviva Related To Fran Drescher?

Noticeably, Aviva and The Nanny actress, Fran Drescher have the same last name. And are they related?

While not by blood, they do have some tie thanks to Drescher’s marriage to Reid. Aviva’s husband and Fran are cousins.

Bravo reports Fran actually joined them on their second date. The three of them went to see a Broadway play together and Fran and Aviva became quite close friends.

What’s more, it was Fran who talked Drescher into joining RHONY. She told the five-foot-ten-inches tall former law student how she could be a positive role model for other amputees by being on the show.

She Had An Abortion

In her memoir, Leggy Blonde, the mother of three reveals how she had an abortion three months before her ex-husband, Harry Dubin asked her to marry him.

Talking about her decision, Drescher says she felt nothing (No regret). She explains it was the obvious decision, and Harry supported it.

Aviva Drescher has a net worth of over $20 million. The now 51-year-old mostly raked made her fortune from her reality show gigs.

In addition, she also takes benefits from promoting brands like Focus Factor, a brain health supplement company. She has been the product’s spokesperson for some time.

The richness of Descher is also apparent from all of her Facebook & Instagram posts where she occasionally showcases her larger-than-life gateways and vacations.

She also generates sums from her businesses – having launched several – beauty and health-related products in the last few years.

Other Facts About Aviva Drescher