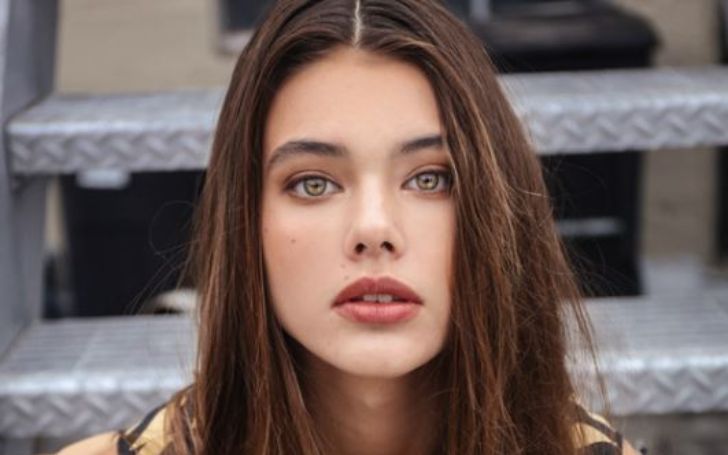 Laneya Grace is a child model turned into a teenage internet sensation who works for Wilhelmina Models and has also been in campaigns by Guess and Maleficent Toys. Grace started modeling at the age of 3 and till today is known for her appearance alongside Russian model Kristina Romanova in the music video for the late Swedish DJ, Avicii’s song Wake Me Up.

The strikingly green-eyed young model has also worked for heavy brands like Guess and Ralph Lauren. She is one of the many child actresses to start her journey in stardom from a young age. Laneya thus has more or less allowed the world to see part of her growing process.

Her part in Avicii’s chart-topping song already gave her a far better exposure to modeling & now she looks even more promising as a teenage influencer. The current Wilhelmina Models, Laneya Grace might be too young to step into adult modeling, but there’s no denying she’s destined to be it. While she gears up for bigger runways, take a look back at how far she’s come through from that billion-plus video to her current stint.

Laneya hasn’t given away much about her father or mother at least in the writing. She though has barely missed the opportunity to share pictures of them on her social media handles.

Turns out Grace’s mother is a white woman while her father, Thomas Stevenson is nonwhite. Her mom’s name is still unknown but she has a younger sister named Kay.

Laneya Grace Started Her Modeling At A Young Age

Grace started modeling at the age of three. Just before her sister was born, Grace’s parents took her on vacation. While on a holiday, the family took a few pictures of hers on the beach.

Later, Grace’s parents sent the pictures to the San Francisco branch of Ford Models, and it did not take long before they received a call.

However, since she was a minor, the school provided the work permit needed before hiring a child.

Her first photography session apparently was with Macy’s American departmental store. She has since modeled for several other companies. For instance, she worked with Ford Models for about four years before she sought another agency because Ford was not contracting young models anymore.

Talking about her experience at FORD during an interview, Laneya at 12, said her appearance at the time did not look very appealing since she had braces. She though later took them off just before joining JE Model based in San Francisco where she still has an active contract.

She further is an influencer with The Osbrink Agency and a theatrical model with Henderson Represents Inc. Grace resides in Texas and her modeling agencies in addition to JE include Osbrink Agency, Theatrical, and Luber Roklin Management.

Laneya Is Active On Social Media

The Californian-born model though is mostly exertive on Insta and TikTok; her follower counts on each of the aforesaid social media accounts are 320k, and a little less than 19k (with 124k plus likes).

As for her Tiktok, Grace’s contents include dance videos, duets, and videos of her opinion on events like the political rhetoric around the US elections.

It is reportedly her father who manages Laneya’s social media accounts and he once said he wants to protect her and teach her about self-image so that she can expect respect and be respectful too.

Does She Earn From Her Social Media; What Is Her Net Worth?

While Laneya’s Tiktok income model is a bit in the guessworks and suppositions, she is widely believed to be making some above the average money from her Ig domain. For starters, she is a brand ambassador of Happy Plugs, a Stockholm-based headphones company.

Though the figures that Grace cashes in are somewhat a puzzler. Nonetheless looking at her star-Esque lifestyle state of play, it is appropriately apparent that Gen Z is doing great in terms of building her net worth.

Does Laneya Grace Have A Boyfriend?

It is more than likely that the young brunette is all single and standing to choose on her own for the time being particularly when it comes to dating games and all. Literally hundreds of social media posts, Grace, however, is yet to share anything as near as who her boyfriend is or even if she has one.

Meanwhile her most notable former co-star, Kristina Romanova has been in a relationship with Russian real estate developer and billionaire Vladislav Doronin since 2014. The model businessman couple is additionally parents to two children.