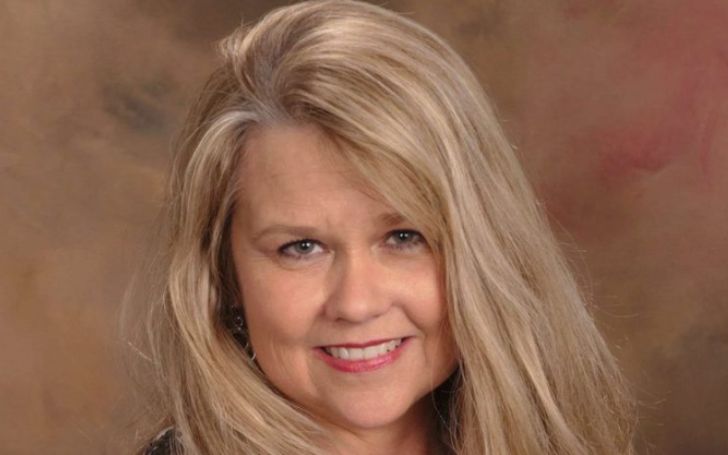 Debbie Higgins is popularly known as the ex-spouse of the host of Dr. Phil, Phil McGraw. She was Phil’s high school sweetheart before their marriage in 1970. But did you know that the relationship only lasted for 3 years? Well, yes. Higgins and McGraw ended their marriage in 1973.

So, what was the cause of their divorce? Higgins has one reason while McGraw has another one; we will know about this soon enough. So, where did Debbie Higgins go after the divorce? Unfortunately, she passed away 8 years ago and is no longer with us. We will also talk about this later.

Therefore, in this article, we will dive deep into the life of the lesser-known and late former wife of Dr. Phil, Debbie Higgins. Who was she? Did she have an identity of her own besides just being the ex of a famous TV personality and author? Let’s find out together!

Debbie Higgins was from Kansas, Missouri

Debbie Higgins was born with the name, Deborah Higgins McCall in 1950 in Kansas, Missouri. The name of her father is unknown, but he was a farmer and her mother, Georgia Swartz, was a homemaker. Higgins, however, was not the only child of her parents. She grew up with her sister, Linda Craft, and a brother, Bill Higgins.

Concrete information on her early life isn’t known to the public. She has lived a quiet life since the beginning but we believe that Debbie had a pretty decent childhood. She used to be a cheerleader in high school and was also named the homecoming queen. Looks like Higgins was the heartthrob of many guys at the school of her time, right?

After graduating from school, she attended Southwest Missouri State University in Springfield, Missouri to study Social Work. However, soon after, Higgins dropped out of college due to poor financial conditions.

Higgins is Famous for Her Short-Lived Marriage with Phil McGraw

Debbie Higgins met her future ex-husband, Phil McGraw in high school. In school, Phil played football, while his sweetheart, Higgins was the cheerleader. Their love story almost seems like it came out of one of those high school, teenage romantic movies. After graduating from high school, Phil even gave her a promise ring before moving to Tulsa, Oklahoma for college.

As mentioned earlier, Higgins stayed in Missouri for college which created a distance between the former lovebirds. However, this distance was never a problem for them; McGraw and Higgins would travel back and forth to see each other time and again.

After Debbie left college due to financial issues, she moved to Lubbock to be with Phil. They lived together for almost six months before tying the knot on 27th November 1970. Both of them were just 20 years old at the time of marriage. Nonetheless, their bond as a married couple was short-lived. In 1973, after just 3 years of being husband and wife, Debbie and Phil decided to walk on separate paths.

What was the reason behind this, you might ask? Well, according to Higgins, her ex-husband was controlling and domineering. He would restrict her from joining in on the family business and confide her in household chores. Not only this, but McGraw would also ask his ex-wife to lift heavy weights to keep her body in shape. These reasons were enough for Debbie to get out of the toxic marriage. On the other hand, Phil’s reason for the end of his marriage with his first wife was adultery.

Did Debbie Get Married After Her First Marriage Ended?

Debbie Higgins married Tony Bursaco after her failed marriage with Dr. Phil’s host. She even had two children with her second husband; Marci, her daughter, and Jeff, her son. In addition to this, she also became the stepmother to Bursaco’s two other children.

On the other hand, her ex, Phil McGraw married Robin Jo Jameson (known as Robin McGraw today) in 1976. It is believed that he was already in a relationship with Robin before the divorce was finalized in 1973. They are still married today after 30 years and share two children together – Jay McGraw and Jordan McGraw.

Higgins had a Career as an Editor

It is obvious by now that Debbie was only famous for one reason – being the former wife of a popular TV personality. But, little do we know, she had an identity of her own as an editor of movies.

Before the limelight hit her for her work as an editor, Higgins used to run a small liquor shop in Kansas City. Following this, in 2013, she came into the spotlight for the movie, Demon Hunters: Fear the Silence. Besides this, very little is known about the other works of Debbie Higgins.

In contrast, Higgins’s ex-husband, McGraw is the 72-year-old host of the popular talk show, Dr. Phil. This show first aired in 2002 with the help of Oprah Winfrey and still is famous among people today. Phil uses his knowledge as a psychologist in the show to give people advice on mental health. Besides this, he is also an author and philanthropist. Dr. Phil runs an organization named, When Georgia Smiled Foundation, with the help of his wife to help victims of domestic violence and sexual assault.

When did Debbie Higgins die? Her cause of death

Debbie Higgins is no longer in this world. After having quite a life, she passed away on 14th September 2014 surrounded by her mother, husband, and kids. The news of her death was made public by her brother, Bill Higgins, who reported the cause of her death to be cancer. However, we know very little about what type of cancer it was.

After her divorce from Phil McGraw, Higgins lived a very quiet life. Her name did not even appear in the news or other articles until 2013. Today, she is no more and the whereabouts of her family are also unknown. On the other hand, Phil is a multi-millionaire, living a happy and healthy life with his wife, Robin McGraw.