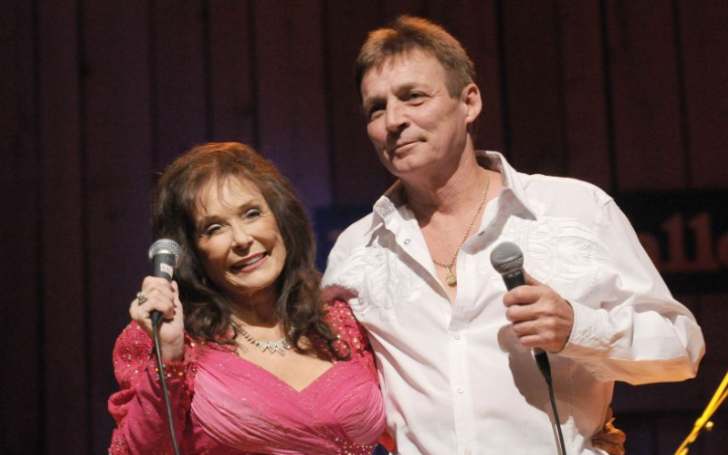 Ernest Ray Lynn aka Ernie Lynn is a well-known American personality better known as the son of the famous American singer and songwriter Loretta Lynn. She is the most awarded country recording artist and the only female ACM Artist of the Decade 1970.

Moreover, Ernest himself has appeared in different television shows and other shows as a singer. Despite being a celebrity kid, he maintains a low life and does not like to share much about his personal life. What is he doing now? Is Ernest married to someone? If yes, who is his wife? Also, Did you know Ernest has a secret daughter from his unspoken affair?

Well, in this article we will take a closer look at his life. Enroll below to know more about Ernest’s personal life, his secret daughter, net worth, and other interesting facts about him.

Ernest was born on May 27, 1951, in Hurricane Mills, Tennessee. He was born to his mother Loretta Lynn, who is a famous singer, and his father Oliver Lynn. His father worked as a talent manager. Oliver passed away in 1996.

Besides, Ernest had a pretty good lifestyle as he was born to a celebrity mother. He spent his childhood in the state of Tennessee.

Meanwhile, his zodiac sign is Gemini and he follows Christianity.  Talking about his education, he completed his studies in his hometown Tennessee.

He is renowned because of his mother Loretta Lynn

As aforementioned, Ernest’s mother was one of the most in-demand songwriters and singers during the 80s and 90s. She was born on April 14, 1932, in Butcher Hollow, Kentucky. She was active in the music industry from the year 1957 to 2020. Loretta has tried various Genres of music but she is most popular for country music.

She has released many hit albums including You ain’t women enough, Fist City, Coal Miner’s Daughter, and many more. Furthermore, she was nominated for Grammy awards 18 times and was able to grab three of them. Likewise, she is The Most Awarded Female Country Recording Artist. She was on a music tour for 57 years, unfortunately, she had to stop because of her health issues.

He Grew Up With His Five Other Siblings

Ernest had five other siblings from his parent’s marriage. His eldest sibling Betty Sue Lynn was born on November 26. Sadly, she passed away at the age of 64 on July 29, 2013. As per reports, she was suffering from emphysema and that was the cause of her death.

Likewise, his older brother named Jack Benny Lynn was born on December 7, 1949. The Lynn family had to through heartbreak after Jack’s death in 1984. He passed away at the age of 34 after drowning in the Duck River in Hurricane Mills, Tennessee.

His younger sister Clara Marie aka Cissie Lynn was born on April 7, 1952. He has two other twin sisters named Peggy Jean and Patsy Eileen Lynn. They were born on August 6, 1964.

He was Convicted in Police Case For cocaine case

Back in 1989, the famous celebrity’s son Ernest was convicted by a jury for selling a gram of cocaine to an undercover agent. He was sentenced to 12 years in prison on Jan 29. However, as soon as he left he added, “I’ll never spend a day in prison. We’re going to take this to the U.S. Supreme Court if we have to.”

It looks like Ernest didn’t had to go with the sentence as he didn’t go to the prison.

All thanks to his mother, Ernest got into the limelight at an early age and started appearing in many shows. He has even performed in several stage shows. Ernest was also into country music, just like his mom.

However, he did not continue his musical journey like his mother. He sometimes does acoustic covers. He has recently performed in the song Troubadour and the cover song is uploaded on a Youtube channel named Country Rebel.

Is Ernest Ray Lynn Married? Who is His Wife?

As per his Facebook profile, he is currently married to Crystal Lynn. The couple does not seem to reveal many details about their marriage. They tied the knot in front of their friends and family in an intimate wedding ceremony.

In late August 2020, the couple renewed their vows in front of a mass of people. Ernest’s mother also shared some pictures on her social media handle with the caption,

“What a weekend! My Ernie & Crystal renewed their vows this weekend. It was beautiful and everything it should be.”

Marriage isn’t always easy–heck it’s not even always pretty, but love holds you together and you push through the bad days to enjoy the good ones. I’m so proud of them and wish them years of happiness. “

Although the couple is quite secretive about their love life, we can see both of them sharing and expressing their love toward each other through their social media.

Does Ernest Ray Lynn have any kids?

Earnest does have a daughter with his first wife Cindy Plemons named Tayla Lynn. She was born on 18 October 1979 in Hurricane Mills, Tennessee. Tayla also followed her grandmother’s footsteps and is a popular singer.

Moreover, she is currently married to Jon Cody Finger and has two kids with him. She is currently living with her two sons named Tru and Scout with her husband in her hometown.

Ernest Also Has a Daughter From his Secret Affair

On the other hand, Alex’s grandmother, Loretta Lynn was quite aware of her secret granddaughter’s existence. Loretta came to know about her when Alexis was just five. But, she did not think of revealing it publicly until Tayla found out about her half-sister. It was Tayla who arranged the meeting of Alexis and her family.

Although Alex was not welcomed as Lynn’s family member, she was warmly welcomed by her family member at the age of 30 after Tayla revealed about her half-sister. It took a while for Alex to overcome her suffering but she is happy to know about her family.

On July 8, 2018, the family went through a major heartbreak after the death of Ernest’s first wife Cindy Plemons. Although Cindy and Ernest parted ways long ago, she was still close to the Lynn Family. As per Plemon’s friends, her demise was quite sudden and she left this world in her sleep.

Furthermore, she was enjoying her Ex-Mother-in-law’s concert a few hours before her death. Her daughter was completely heart-broken and further said,

“I went and I saw her today at the funeral home and I couldn’t feel anything in the room,”

Ernest currently lives with his wife Crystal Lynn in his hometown Hurricane Mills, Tennessee. He is retired and sometimes appears in different television shows with his mother Loretta. Moreover, he shares many pictures with his pet horse on his social media handle.

What is Ernest Ray Lynn’s net worth