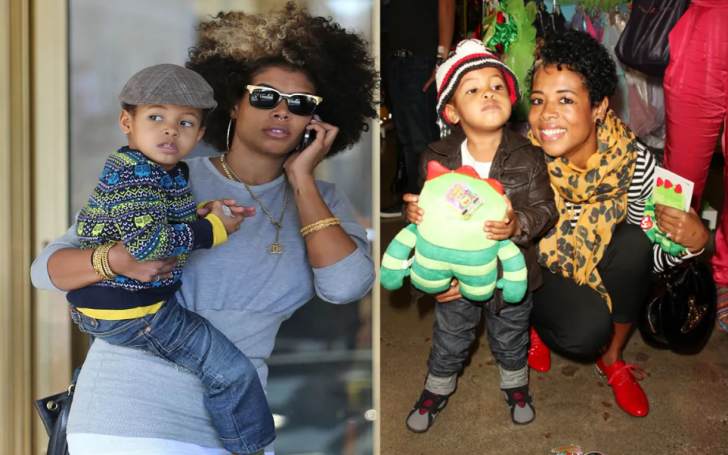 Knight Jones is a celebrity kid who is recognized as the son of Nas and Kelis Rogers. His father Nas is a famous American rapper and businessman. Similarly, his mother Kelis Rogers is a renowned singer, songwriter, rapper, and chef.

Born as the only child of these famous personalities, Knight’s life has been a subject of curiosity for many. So, how is his life as the son of such successful individuals? What does he do for a living? Does he share any siblings?

You have come to the right place, as today in this article we will be answering all the questions you have about Knight Jones. So let’s go!

Who is Knight Jones? His Age and Childhood Details

The star kid Knight Jones was born on 21 July 2009, in New York City, New York to Nasir bin Olu Dara Jones aka Nas and Kelis Rogers. His zodiac sign is cancer. Similarly, he is 13 years old as of 2022.

His name, ‘Knight’ has a deep meaning, which means a ‘warrior of the Middle Ages who held a special military rank.’ Furthermore, he has a mixed ethnical background and is American by nationality.

Talking about his education there isn’t much information in that regard. However, from his family background, we can definitely say that he is studying in a prestigious school in his locality.

As we said, both of Knight’s parents are very successful figures. Talking about his father Nas, is one of the most famous & respected rappers. He started his career in 1989 recording demos for rapper Large Professor.

A few years later in 1994, he came up with his debut album ‘Illmatic,’ which is also considered to be the greatest album of all time. His second album ‘It Was Written’ was released in 1996 & was on the top of the Billboard 200 for four consecutive weeks. Throughout his long music career, he has achieved a lot. In 2012 he was ranked second on The Source list of the ‘Top 50 Lyricists of All Time.”

Similarly, his mother Kelis Rogers is a singer-songwriter and a chef. She worked in several places before working as a backup vocalist on an album called ‘Fairytalez’. Later on, she worked with music producers which led to her signing a contract with Virgin Records in 1988. She released her debut album ‘Kaleidoscope’ in 1999.

Furthermore, she released her third album ‘Tasty’ in 2003 which included songs like ‘Milkshake’, ‘Treat Me’, ‘Millionaire’, and ‘In Public’ which were huge hits. Her fourth album ‘Kelis Was Here’ released in 2006 included the song ‘Bossy’ which was placed 10th on Billboard 200. Kelis has sold six million copies worldwide.

When did Knight Jones’s Parents Nas and Kelis Rogers Meet?

His parents first met in 2002, at the MTV Video Music Awards afterparty held by hip hop mogul Sean ‘Diddy’. Nas told VIBE in June of 2003 “I wasn’t going to go but I’m glad I did.” His future wife Kelis also remembers that auspicious day quite nicely and elaborated:

After dating for about two years, the lovely duo walked down the aisle on July 28, 2003, in Atlanta.

Knight Jones Father and Mother Relationship, Are They Still Together?

His parents married on July 28, 2003, in Atlanta after dating for two years. The wedding ceremony was held in front of their closest friends and family members. The couple was deeply in love with each other and was about to give birth to their first child.

However, after being seven months pregnant Kelis filed for divorce with her then-husband Nas. Their divorce was finalized on May 21, 2010. Talking about the reason for their divorce in a 2018 interview with Hollywood Unlocked, Kelis revealed how Nas was physically and mentally abusing her during their five years of togetherness. She explained:

I probably would have stayed longer had I not been pregnant [with Knight] because I really did love him and because we were married. We weren’t dating, we were married. Like, this was my person.”

After their divorce Knight’s father Nas has dated a lot of personalities over the years. Rumors say that he dated Nicki Minaj and also Basketball Wives star, Draya Michele but it hasn’t been confirmed.

On the other hand, Knight’s mother Kelis married Photographer Mike Mora in 2014. But her husband lost his battle with cancer losing his life on March 14, 2022, at the age of 37. Since then she hasn’t been in any relationship.

Knight Has Three Half Siblings

In case you didn’t know, Jones has three half-siblings. He has an elder half-sister Destiny Jones born to Nas and his ex-fiancee Carmen Bryan on June 15, 1994. She is an American actress and Instagram model.

Similarly, he has a younger brother named Shepherd Mora and a sister named Galilee Mora born to his mother Kelis and her then-husband Mike Mora.

Where is Knight Jones Now?

Both the former couple have joined custody over their first child. Thus, Knight splits his time with both his father and mother. However, he is mostly seen with his mother and two half-siblings and they reside together on a farm outside Los Angeles.

Despite the divorce of his parents, he shares a great relationship with both of them.

Knight’s Lifestyle and Parent’s Net Worth

Being born the son of multi-millionaire celebrities you would definitely be living a happy and blissful life. It is not a surprise that Knight Jones is also enjoying his. He is indeed living a wealthy and lavish life.

Talking of his father’s wealth, his father Nas has an estimated net worth of $70 million. Likewise his mother Kelis is estimated to have a fortune of $4 million.