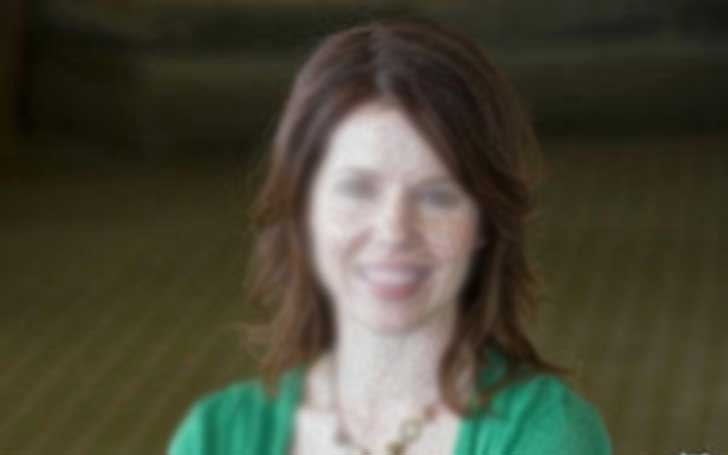 Amy Philbin is one of the less talked about celebrity kids. She is the daughter of the late iconic television personality and actor Regis Philbin and his first wife and actress, Catherine Philbin. Besides, Amy comes from a family of actors. Both her maternal grandparents were well-renowned actors.

Despite having so many people in the family who at some point worked as an actor, Amy was never interested in acting whatsoever. Rather she developed an interest in singing and she ultimately went on to pursue a career in singing. In fact, none of her siblings have shown interest in following in their father’s footsteps.

Amy Philbin couldn’t become a great icon in singing as her father did in acting, nevertheless, she is always in the media due to her father’s prominence. She once again became the matter of talk in 2020 when her star father, Regis Philbin died.

Following the actor’s death, people have been wondering to know Amy’s whereabouts, her career, relationships, and many other aspects of her life. However, information isn’t readily available in the media. So, today we’ve brought a detailed article covering every part of the star kid’s life. Keep on reading.

Amy was born as the firstborn child of late actor Regis Philbin and former actress Catherine Faylen. When talking about her birthday, different sites have mentioned different dates. While a bunch of online tabloids have said Amy was born in 1961, some sites, including People say she was born in the year 1959. In the article originally published in 1991, People mentioned Amy as Regis’ 32-year-old daughter which makes her birthday to be 1959.

Amy Philbin is an American by nationality and has a mixed ethnical background. Most of her grandparents were from Europe. The grandparents of her maternal grandmother Carol Huges were from Germany.

Likewise, her paternal grandfather, Francis “Frank” Philbin was of Irish descent, and her grandmother Filomena was a member of an Albanian-Italian immigrant family from Greci.

Born as the first child of her parents, Amy Philbin had one younger sibling, a brother Daniel Philbin. Her younger sibling died in November 2014 due to natural causes. However, his parents only revealed the news months later in March 2015.

Danny, who was born in 1967 with a defect in the spinal cord became an inspiration to thousands of people in his lifetime. The defect ultimately led Danny to have his both legs amputated and be wheelchaired for the rest of his life.

In spite of his physical disability, Daniel Philbin achieved what many of us dream to achieve in our lifetime. Rising above the shadow of being a star kid, Danny made his own identity. He was a well-educated man.

He completed high school at Quartz Hill High School in Los Angeles. Later, he graduated with a degree in political science from California State University and ultimately earned his master’s degree from The Catholic University of America in Washington D.C.

He worked with The Department of Defense

After finishing his education, Danny went on to work with the US government. Daniel worked at the Department of Defense’s Public Affairs Office in the Pentagon. He was associated with the department when the infamous 9/11 attack took place at the Pentagon.

In fact, Danny was on his desk at the time the hijackers crashed the Boeing 757 into the western facade of the building. He quickly left the building and then helped the organization deal with the media extensively. Later, he was honored for his contributions to the DoD workforce during that time.

Amy Philbin was a Young Kid when her Parents Divorced

It isn’t easy to handle your parents’ divorce in your childhood days. So was the case for Amy Philbin who had to face the situation as her parents separated before she turned ten.

Amy’s parents Catherine and Regis reportedly got married in 1955 although some sites like IMDb have mentioned they tied the knot on September 8, 1956. Anyway, they were happy as a husband and wife for more than a decade there was never a bad thing that happened between them. They also became parents of two during the time.

She Has Two Half-Sisters from her Father’s Second Marriage

Amy’s mother, Catherine’s relationship status following her divorce from her first husband is still a mystery. However, on the other hand, Regis was publicly married to the love of his life Joy Sense. Less than two years after his divorce, Regis tied the knot with Joy in 1970.

Regis Philbin and his second spouse Joy remained married for more than five decades until his death in 2020.

Amy’s dad, the iconic television personality Regis Philbin died on July 24, 2020. According to the statement from his family members, Philbin died of natural causes, however, reports suggest that he died from a heart attack. Prior to his death, Regis had battled with several health issues time and again for years.

Initially, in 1993, Philbin had to undergo an angioplasty. More than a decade later, he was diagnosed with plaque in the arteries. He then had triple bypass surgery at Weill Cornell Medical Center in March 2007.

Furthermore, in December 2009, Philbin had to undergo hip replacement surgery. He then underwent surgery to remove a blood clot from his calf in 2010 May.

Regis was buried in Cedar Grove Cemetery at the University of Notre Dame, the campus of his alma mater. Meanwhile, his funeral was also carried out at the Basilica of the Sacred Heart at the same university.

Where is Amy Philbin? What does she do for a Living?

Well, as we already mentioned, Amy Philbin is a singer by profession. However, she has not found the success she might have desired in her career. Besides, Amy doesn’t like to be in the limelight much. What’s more, she doesn’t even make her presence on social media which has kept her completely out of the media attention.

Learn All The Things Related To Mackenzie Ziegler

Meanwhile, as for where she is currently, we can only make a speculation that Amy might be living a happy life in Los Angeles. But again, it’s only speculation.