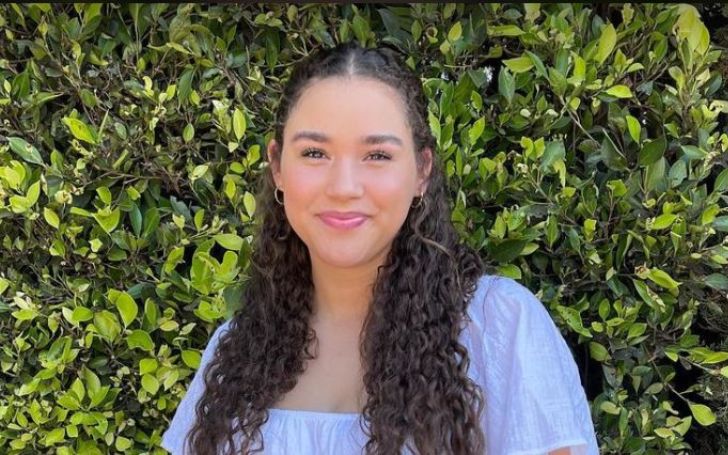 Gracie Haschak is a California-born singer, dancer, vlogger, and Youtuber known as a member of the musical group, Haschak Sisters. Over the last six years and counting, Haschak has transformed into an emerging social media star along with her sisters. Gracie and the rest of her siblings started dancing from a very young age and have been synonymous with performing ever since.

They’ve been a dancer for numerous music videos and covers. Gracie and her sisters though found fame when they danced for singer, rapper, and dancer, Matty B’s music video, Daddy Says No. They now remain in the hot buzz through their joint YouTube channel, Haschak Sisters. The account as of 2022 has over 9 million subscribers. The handle includes a series of footage of their dance moves in the background of hit songs. While Gracie and her sisters are yet to land TV contracts, their reach on social media has been ever so growing.

Gracie is reportedly skilled in dance forms including musical theater, jazz, lyrical, ballet, hip hop, and tap. With her sisters, Gracie also juggles school and extracurricular activities. They also occasionally sing with all sisters agreeing to Gracie – is the best singer among all of them. Read more about her in the headings below.

Gracie Haschak Is A Gen Z

The 20 years old Gracie who is the daughter of father John Haschak and mother Kathi Haschak, was born on April 7, 2002. She is the second eldest sister among the four girls from the Haschak sisters.

Gracie and her sisters grew up in California.

Gracie Haschak Is The Student Of Temecula, The Largest Dance Studio In Riverside County

It is believed Haschak developed her passion through her mother working at the Temecula and also after watching her elder sister, Madison. Gracie’s mother, Kathi worked as the studio manager in the Temecula Dance Company.

Gracie is the second daughter of John and Kathi’s four girls. She is younger than Madison who is the eldest and older than Olivia and Sierra. Each of the siblings has an age difference of almost 2 years.

Madison is also a member of the state champion dance team, a varsity cheerleader, and is also on a soccer team. She has been dancing since age 2.

Much like her elder sister, the second Haschak child also started dancing at age 2. She participated in her first solo competition when she was four years old. While growing up in California, Gracie along with her sister developed a passion and skills for dancing and singing.

How She Became Famous?

As mentioned, Gracie and her siblings first started getting traction after they danced on a music video of MattyB’s Daddy Says No. The sisters later once again collaborated with MattyB on his other music video, My Hump.

They happened to work with MattyB after his father noticed the Haschak sisters during the time he was looking for some dancers to perform at his son’s Hollywood concert. Some of Gracie and her sisters’ viral covers are Kanye West’s Clique, Mark Ronson’s Uptown Funk, and others.

They have also their own originals including Sorry I Wanna Dance, Gold Digger, Get Away, Gossip Girl, Girls Rule The World, and Slumber Party. In addition to her YouTube fame and dance covers, Gracie was also a dancer for some commercials like Kohls, Disney Tinkerbell, Lalaloopsy, and others.

Madison’s younger sister and one-time Mini Cooper owner was additionally a dancer for shows including 90210, America’s Got Talent, and the video game, Just Dance 2. As the Haschack girls continue to grow, they also started to travel across the country doing concerts. Though their tour slowed down with the start of the pandemic 2020. In addition to her passion and job as a dancer, she also juggles her studies and all.

Does Gracie Haschak Have A Boyfriend; Rumored Relationship With Matty B

Although Gracie has been quite upfront about the concerns regarding her relationships, the Pink and Yellow lover at the same time has also denied having a romantic partner numerous times.

In fact, during many of her YouTube videos in a q and a session, when Gracie and her sisters were asked if they had boyfriends, the four sisters replied with a big no and explained they were too busy with her school, study, and dance. In fact, Gracie and her sisters have been saying no to whether they have boyfriends since the point they rose to prominence.

The Golden State resident has also addressed the rumors of her dating fellow YouTuber, singer, and rapper, MattyB on several instances. Whilst doing so, the Star Wars Fan straight up denied anything going behind the scenes with the Georgia-born fellow Youtuber.

Gracie also falsified dating her alleged boyfriend MattyB in July 2020 while doing an Instagram live. Further, she referred to him as her and her sister’s brother with whom they still talk to.

On the other hand, there’s a good possibility that the outsiders might now see Haschak hanging out with a boyfriend since she in the past had stated that she wasn’t not jumping into the dating pool before the age of 20. And now, she is well into her 20s. In fact, her elder sister, Madison already has a boyfriend whom she often brings to her channel.

Nonetheless, for the time being, Gracie is all intriguing and exhilarating to watch on her own for all her grooving skills and such.

In addition to her popularity on Youtube, Gracie also has quite a following on Instagram. The Dance Mom fan as of this writing has close to half a million followers. Her Insta diary mostly includes the imagings of herself along with the pictures she has taken with her sisters, friends, her off-the-work happenings, and the remainders.