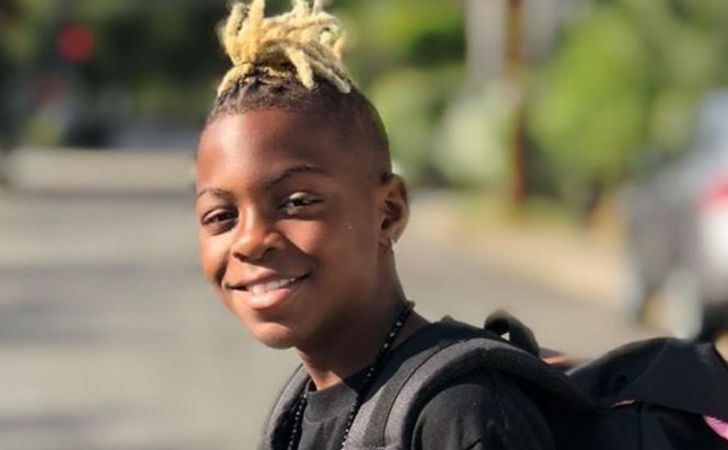 Many celebrities love to keep their children out of the public eye. They want to give them their privacy and a memorable childhood far from the limelight.

But, Kevin Hart seems quite different from that. He enjoys his private time with his family while he sometimes takes his children to public events. In the last few years, Kevin Hart has been enjoying his time with his growing son Hendrix Hart.

Kevin has shared a lot of photos with him on his social media which have created a separate fanbase for his son Hendrix. As of now, we can say Hendrix is one of the most admired star kids. Want to know more about him? You’re in the right place. Here we’re finding out some lesser-known facts about Hendrix Hart.

Hendrix Hart was born as the second child, the first son of actor and comedian Kevin Hart and his ex-wife Torrei. He was born on November 8, 2007.

Hendrix has a sibling, a sister, Heaven Hart. Heaven was born on March 22, 2005, in the United States.

Hendrix’s Parents Kevin Hart and Torrei Hart’s married in 2003, but their relationship started falling apart after he started his affair with his second wife, Eniko Parrish. Due to his infidelity, Torrei and Kevin decided to end their marriage and jointly filed for divorce in February 2010. In the court paper, the estranged couple had mentioned irreconcilable differences as the cause of their divorce.

Meanwhile, Hendrix’s father also requested joint physical custody of their two children. Their divorce was finalized in November 2011. Even though their divorce was stemmed from Kevin’s infidelity, it was kept secret for a long.

His Father Married For the second time in 2016

Following the divorce from Torrei, Kevin married Eniko Parrish. They got married in 2016 and have seen been together. Though they married in 2016, it seems the two were dating for a long time before they tied the knot.

In 2017, fans noticed something bizarre when Kevin’s current wife Parrish took to her Instagram to mark their eighth anniversary while Kevin and Torrei had just divorced for six years. When one of the fans pointed the discrepancy in a since-deleted comment, Parrish said she came into Kevin’s life after he separated from Torrei. She further insisted she didn’t break anyone’s home.

After Parrish’s comment, Torrei also involved in the comment where she told her “either respond truthfully or don’t respond at all.” All of the comments have since been deleted. Afterward, talking to TMZ, Torrei said that she had no hard feelings but she was compelled to address the issue so that her kids don’t think she’s a liar.

Hendrix Hart Made His Debut Television Appearance in 2016

Being a star kid, Hendrix Hart didn’t have to work hard for his first television work. Even though he hasn’t started a career in the entertainment industry professionally, he worked on a Television series in a minor role in 2016.

He made an appearance as himself in CoryxKenshin. Although his screen time was short, his acting skill was appraised by many celebrities as well as some critics.

Hendrix was His Father’s Best Man at His Second Wedding

At 9 years old, Kevin Hart’s son, Hendrix Hart served as his best man at his wedding to step-mom Eniko Parrish. Kevin and Eniko married on August 13, 2016, near Santa Barbara, California, after around seven years of relationship.

Kevin and Eniko became engaged in August 2014. Back then, Hart took to his Instagram to announce his engagement to Parrish where he wrote, “She said YEEEEESSSSS…… #Happy #MyRib #iF–kingloveher.”

Hendrix Hart Has a Step Brother

Hendrix Hart has a step-brother, Kenzo Hart, Kevin’s son with his wife Parrish. Kenzo was born on November 21, 2017. In July 2020, Hendrix’s father was expecting his fourth child, second with his current spouse. The lovebirds are having a daughter. Kevin announced he was expecting his second child with Eniko during his appearance on Today’s show on May 21.

Hart Loves to Go on Adventure with His Father

Hendrix Hart lives with both father and mother. But, he seems to love his time with his father. Hendrix and his father work together in the gym, go on a hike, and even go cycling together.

We can see in many of Kevin’s Instagram posts, he and his son enjoying their bike ride, their trips to the beach, trips on a boat, and more. More specifically, the father-son-duo loves to go bike riding quite often.

Hendrix’s Father is a Multi-Millionaire

Hendrix Hart has not begun a career professionally. As of 2020, he is 13 years old and he is busy with his studies. But, his father Kevin Hart has done well in his career.

In a career that has spanned around two decades, he has earned an exquisite sum of money. As of 2020, Kevin’s net worth is estimated at around $200 million. Besides, he earns around $40-$60 million annually.