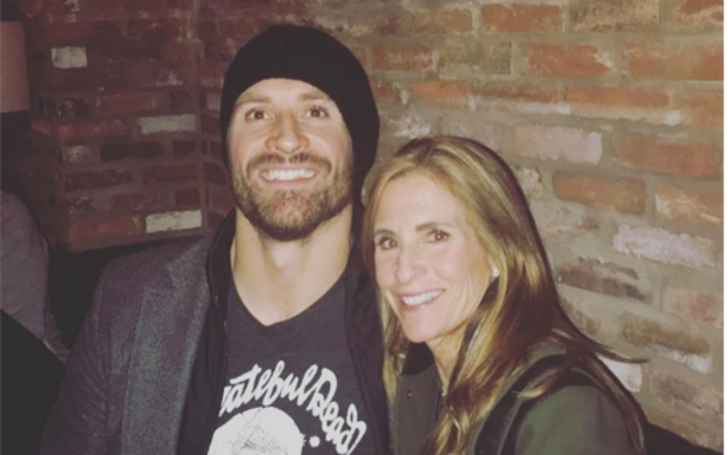 Diane Addonizio is a non-practicing lawyer and a businesswoman; much more famous for her relationship with NFL formal defensive end and actor Howie Long. Long and Addonizio have been together for almost four decades during the course of which they became parents to three children.

All of Addonizio’s children are grown now and doing fine in their respective careers. Find out more about Diane’s parents, education, career, and many other details in the article below.

Diane Addonizio’s Early Life; Her Father Was Diagnosed With Lymphoma

Diane Addonizio was born on March 16, 1962, in Monmouth County, Town of Red Bank, New Jersey. She is the daughter of Frank Addonizio and Maria Cecere. Diane’s only sibling, a brother, James Addonizio is also into law. He, however, is a practicing lawyer.

Her father was a war veteran and former security director of an Indian Institute of Technology subsidiary. He allegedly was diagnosed with lymphoma in his early 80s. Diane’s father, Frank used to live in a cottage on the Longs’ 65-acre property. Her family was Catholic.

She Was The Winner Of A Beauty Pageant

Addonizio attended Red Bank High School and later enrolled at Villanova University in Pennsylvania. She is the winner of the Monmouth County Beauty pageant (May 12, 1978). Diane also studied at Middletown Highschool South. During her high school years, Diane took a scholarly interest in political science as well as dramatics.

She finished her college studies with a bachelor’s degree in classical studies in 1985.

Diane then went on to study at the University of Southern California’s School of Law, where she graduated with a law degree in 1987.

Diane Addonizio Is Also An Author

Addonizio wrote a book featuring athletes, not on their role in the sports but on being a father. The book came with the title, He’s Just My Dad. The book was published in 2000. Diane is also a member of the NFL Head UP Football Advisory Committee.

Addonizio and Howie met at Villanova University where both of them were students. The future NFL star was a one-year senior to Diane Addonizio

Howie invited Diane to come to his room and watch an NFL game together on television. It was a little 12-inch, black and white TV that Howard’s grandmother had given to him, said Howard with Vault.

Remembering the early encounters with Howie, Addonizio said she had never met anyone that big who was that good-looking.

She added he was always like a volcano about to erupt, always driven. Everywhere they went, he thought people were staring at him.

Recalling the same incident Howard said they were watching a Dallas game. He added it was the time when they were still experimenting with Randy White at linebacker.

On one play he got a running start and knocked the ball carriers’ helmet off. Howie then said to Diane,

He revealed he behaved absolutely nuts in front of his future wife on their first date.

In the initial days of dating, Addonizio wouldn’t get any Valentine’s Day gifts from Howard which often used to make her angry. Later Howie made her understand how holidays or special days never meant anything special to him.

At Villanova when everyone went home for the holidays or the summer Howard was always the guy who stayed in the dorm. Apparently, it was his unpredictable childhood that made him reluctant to celebrate such days.

“You know how a child’s bed is special to him? Well, he never had his own. It was always a couch or something, while he was bouncing around from relative to relative. He was always living out of a suitcase, he always had his possessions on him”

They dated for several years and got engaged shortly after graduation. Howie bought an engagement ring for Diane after he had signed an NFL contract for the amount of $38,000 in 1981.

They married in June 1982. In a book, titled, A Farewell to Arms, Legs, and Jockstraps: A Sportswriter’s Memoir, Diane reveals she learned a lot about street smarts from her husband while he, in turn, learned about diplomacy from her.

Addonizio lives with her family in Albemarle County, Virginia.

Her Children; One Is A SuperBowl Winner

Howie and Addozinio are parents to three children. They welcomed their first child, a son named, Christopher Howard on 28th March 1985 in Santa Monica, California. After three years, the couple had their second son, Kyle Howard on 5th December 1988. Their youngest son, Matthew Howard, was born sometime in 1990.

All of her sons are following in their father’s footsteps in the NFL; Christopher played for the New England Patriots and the Philadelphia Eagles as the NFL defensive end.

Likewise, her second son Kyle played for the Chicago Bears of NFL from 2013-2019. The former collegiate footballer for the University of Oregon currently serves as a guard for Kansas City Chiefs.

The youngest member of the family, Mathew is a scouting assistant and personal assistant for the Raiders. He also works as a premium sales consultant at Legends Las Vegas Stadium. He formerly used to play lacrosse at Virginia.

She Has Spoken About Her Sons’ Safety And Other Footballers

En route to supporting her sons in their footballing career, Addonizio took part in a panel discussion held at the Walter Payton Center. The event was for over three hundred mothers of football players. Its major agenda was to promote football safety.

Diane has advocated several times about player safety, including an aforesaid panel discussion at the Walter Payton Center, hosted by the Chicago Bears in 2014. In the event, Diane emphasized tackling techniques from Heads Up Football as well as playing in the heat, hydration, and proper equipment.

Mrs. Long lived in L.A. for 12-years with her family. Diane was a corporate lawyer while her husband played for the Raiders at that time.

However, after the Northridge 6.7 Richter scale earthquake hit the area, the family spent several sleepless nights in their Suburban.

Addonizio and her family later uprooted themselves to Charlottesville, Virginia.

Bray Wyatt’s Ex-Wife Samantha Rotunda: Everything About Her