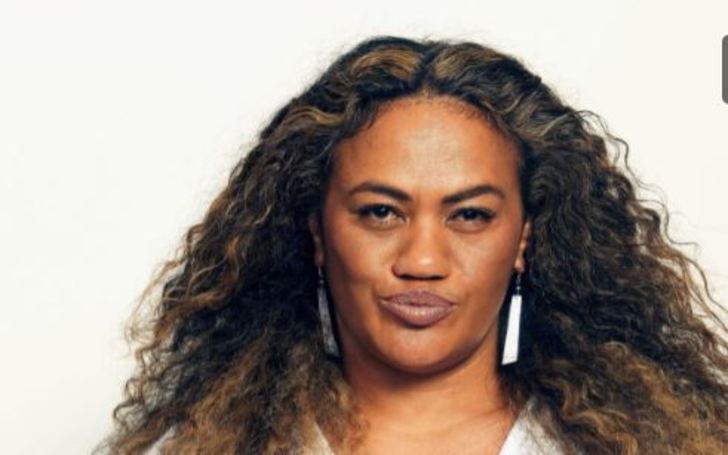 Dianna Fuemana is a New Zealand Pacific writer, director, and performer. She gained wide recognition for her solo play Mapaki, a New Zealand-born Niue perspective to the professional stage. She is also famous as the beloved partner of actor Jay Ryan, from the fame of Beauty and The Beasts.

Fuemana has made a name for herself in not one but three fields – film, television, and theatre. Her hits include plays like My Mother Dreaming, Mapaki, The Packer, Birds, and Famemalema.

She is notable for writing a familiar Gothic space that is often highly intimate and emotional and also includes severe trauma, a highly poetic structure, and the supernaturals. She also utilizes several familiar Gothic literary devices such as a circular plot, a story within a story, and multiple narrative voices. Know more about this prolific writer, some untouched details from her life, and more.

Fuemana was born in April 1973 in New Zealand. She is one of seven children. As the youngest of seven children, she confesses she was sort of a spoiled child and used to have her own way always.

She remarks her mother a bit dramatic much like her. The Kiwi author says she got her loudness from her mother, Falemalama Fuemana, and the stable mind from her father.

Her maternal ancestry includes American Samoan while her father Togavale is Niuean. The late singer Pauly Fuemana (the singer of How Bizzare) was her cousin.

As a child, Fuemana acted in church plays in her community. She studied at Henderson High School in Auckland. As a teenager, while at high school, she attended a short course in performing arts run by Cath Cardiff and Jay Laga’aia. In 2005 the Pacific writer graduated with honors with a Master of Creativity and Performing Arts from Auckland University.

Ryan’s partner also got her diploma in drama and a postgraduate diploma in management from the University of Auckland.

She also studied television and film production at Carrington Polytechnic.

As A Child, Dianna Fuemana Used To Watch A Lot of Soap Operas

Fuemana’s father died in 2000 to whom she dedicated the Auckland season of Mapaki. Her father, Togavale lost his life on Easter Monday (co-incidentally on Fuemana’s birthday). In an interview, the 48-year-old revealed while her father was inspirational, he never understood what she wanted to do.

The Niuean-Samoan grew up in the 1980s and while growing up, loved soap operas such as The Young and Restless and Dynasty. She admits the shows had a strong influence on her. She also agrees with the fact how at one point the soap opera became her life.

Fuemana, however, stopped watching television once she was 14.

In 1997, Fuemana was one of three women acting in the play Frangipani Perfume. It was from the writer, Makerita Urale. Following that, in 1999, she wrote and performed in her own play, a solo show called Mapaki. It was her father who had written the opening scene for Mapaki.

Critics described the play, Mapaki as “a small miracle” when it opened at Bats Theatre.

For this, she received a nomination at the Chapman Tripp Theatre Awards for Outstanding New Writer and Best Upcoming Actress of the Year.

Her First Play Became A Hit Across Other Countries

Mapaki also went on to become hit across the United States and in Athens, Greece. It has additionally been hit in places like Los Angeles, Toronto, Pago Pago, Athens, Niue, and Edinburgh, and of course throughout New Zealand.

Dianna’s screen work includes writing and directing the short film Sunday Fun Day. It tells the perspective of a transgender teenager and a solo mother.

In 2012, the brunette author spent three months in New York as an intern with Killer Films. The studios’ famous works include Oscar-winning features such as Boys Don’t Cry and Still Alice.

In television, she is known for writing episodes of Interrogation and Good Hands.

Dianna Explains Why She Loves Acting

She once said one of the reasons she loves acting was due to the fact that as an adult she gets to play like children. She describes herself as a huge player who loves chasing the children around the house and outside.

Since Fuemana and Ryan like to keep their personal life private, it is unclear if they’re legally husband and wife.

They allegedly have been together since before the early 2000s. As such, they were first spotted together as a couple at Logie Awards in 2003.

In addition to being a couple, Jay and Dianna have also worked together in a one-person theater show titled the Packer in 2009. Fuemana wrote the play whereas her partner Jay Ryan starred as a single performer.

With Ryan, Fuemana has one child, a daughter in addition to her own two kids from her previous relationship.

She welcomed her first child with the It Chapter 2 actor in March 2013. They had a daughter who they named Eve.

Together, the Kiwi couple is still going strong. In April 2021, the Auckland-born star wished his partner a happy birthday via uploading a picture of himself and the theater/screen-writer.

Prior to having a relationship with her current partner, Jay, the Pasifika Arts Award winner, Dianna had already been in a marital tie with two children from the union.

In fact, she was way young when she first started her own family.

At 16, she left Henderson High School to marry and give birth to her first child, Solomon. Her second, a daughter, Reid, arrived four years later.

It, however, is a mystery as to who her first husband was.

Diana Struggled While Going To College

What many do not know is that when she decided to resume her academic career, she was already the mother of two.

She henceforth says it was hard for her to go with her son in the creche. The Mapaki creator states,

“The furthest I went with my friends was to the front gate while they went to the next party.”

With NZ Herald in 2000, Eve’s mother said the University of Auckland, where she studied drama, was even harder. She explained how with two children, trying to get to class on time was hell for her.

She remembered doing her own warming-up at 6.30 in the morning.

While the father of her daughter, Ryan is certainly a millionaire with his net worth reportedly somewhere in the region of $3 million, the wealth statistics of the Birds author is still an undocumented subject.

Although she is a celebrated writer, hardly any publications have dared to go on and tease her about her monetary gains.

Fuemana’s net worth, nonetheless, shouldn’t be that different from her actor boyfriend/husband considering all her landmark works.

Other Facts About Diana Fuemana