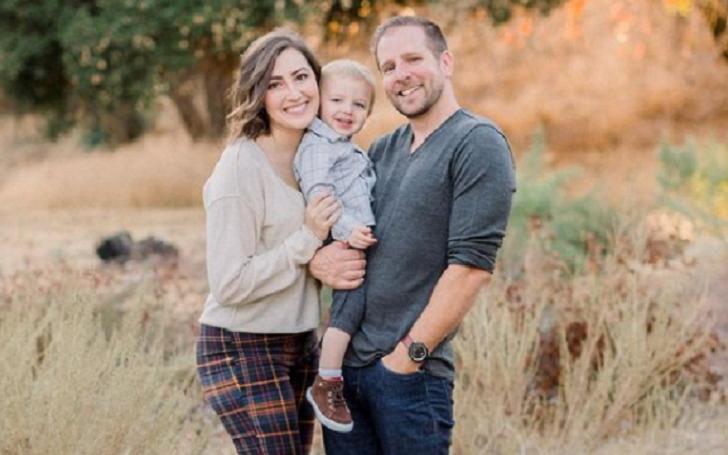 Justin Cassotta (aka Justin A Cassotta) is better known as the husband of actress Taylor Dooley. His wife has worked in a dozen of movies and TV shows. Back in 2020, the actress dyed her hair pink for the role of Lavagirl in We Can Be Heroes.

As for their marriage, the couple has been married for over five years now. Justin and Taylor who dated for three years before their nuptials are also the proud parents of two kids.

In this article, we will explore many interesting facts about Taylor Dooley’s husband. Let’s take a look!

Where is Justin Cassotta From? Details on His Birthday and Childhood

Justin is from Valencia, a neighborhood in Santa Clarita located within Los Angeles County, California. While most of his early details still remain secret, Cossotta celebrates his birthday on 13th November.

He grew up along with his sister named Stephanie Regehr. On 15th May 2019, a day after his third marriage anniversary with Taylor, his wife announced that his grandmother passed away.

Talking about his nationality, Cassotta is an American.

Moving towards his academic qualification, Cassotta attended Valencia High School, graduating in 2001. Similarly, his spouse Taylor went to the school before enrolled at California State University, Northridge to study Psychology.

What is Taylor Dooley’s Husband Justin Cassotta up to These Days? His Career

Justin previously worked at the company ThyssenKrupp Elevator. Other than that, there is nothing more about his latest professional endeavors. In the meantime, Cassotta’s wife Taylor is an actress, who started a career in the entertainment world by playing the role of Minister Rozhan in the short TV series Star Trek-Hidden Frontier in 2003.

In 2005, Dooley went on to make a VIP guest appearance in a video The Alyson Stoner Project.  The same year, the then-budding actress played Lavagirl in The Adventures of Sharkboy and Lavagirl 3-D.

A year after, Taylor appeared in three on-screen projects, Apology, Monster Night, and Whitepaddy. He played the role of Rachelle in a TV series House in 2008, sharing the screen along with Hugh Laurie, Lisa Edelstein, and Omar Epps.

Justin’s actress wife gained wide popularity following her breakout character of Lavagirl in We Can Be Heroes in 2020.

How Long Have Justin Cassotta and His Wife Taylor Dooley Been Married?

The lovebirds exchanged their vows on 14 May 2016. Their wedding ceremony took place at Camarillo Ranch House, a historical landmark in Camarillo, California. The two wed in front of their family members and a few other close friends. Justin has since been leading a blissful marital relationship with his wife.

The duo has shared a number of adorable photos of themselves on their social media handles, especially, Taylor didn’t miss a single celebratory day yet. Looking at her frequent beautiful social media posts, the two look like they are too much in love.

Celebrating their fifth anniversary, Taylor posted a loving photo of the couple with the caption,

“I thought I loved you then…5 years of being married to you, almost 10 years of loving you, an entire lifetime to go, and every day still feels like a fairytale. Happy 5th Anniversary baby. God blessed me beyond measure when you walked into my life.”

When Did They First Meet? Know About Their Engagement Too

The two first came across back in the early 2010s and went out on their first date on 12th Dec 2012. The two dated for over a year before Justin proposed to his then-girlfriend Taylor while they both were hiking in Towsley Canyon Park in May 2014.

Taylor announced his engagement through Instagram after around a week where she wrote,

“it was the most romantic proposal while we were hiking and i was completely surprised. i feel like im living a fairy tale, and i couldn’t be happier to be his fiancé.”

“God knew what He was doing when He brought us together.”

How Many Children Does Justin Cassotta Have?

The family of four currently resides in Castaic, California.

Justin has a $500,000 fortune. On the other hand, his wife Taylor has an estimated net worth of $3 million. She predominantly makes money from her work in movies and TV shows.

Justin is active on Instagram with a few followers but has set his account to private. He is also a Facebook user. Besides, his life partner Taylor has 342k followers on Insta.

Read More: Who Is  Carol Hagen? Inside The Life of Lester Holt’s Wife