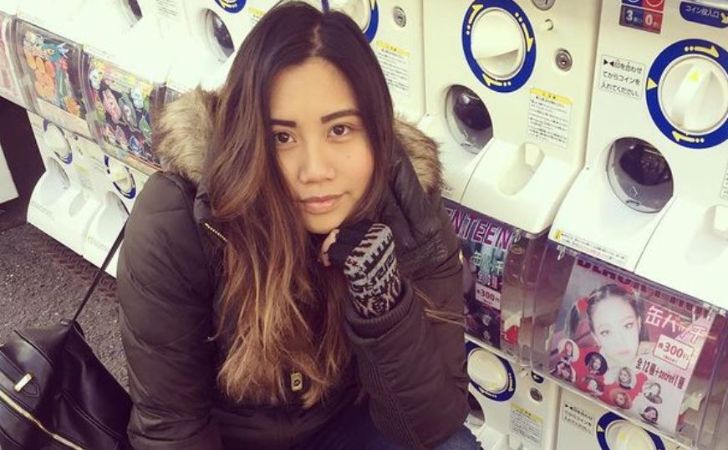 Katie Drysen is an American social media personality & content creator. Along with having decent fame on platforms like Instagram, Twitter, & Twitch, Drysen has also been part of a few TV series. But despite all her professional endeavors, Katie is most famous as the wife of actor and comedian Jason Earles.

Katie has been married to Jason for over five years now and they still share an incredible bond. Do they have any children from their marriage? In this article, we are going to talk everything about her husband, profession & several other interesting details.

Keep reading to find out.

Katie Drysen Is The Wife of Actor Jason Earles

As we mentioned, Katie Drysen is married to Hannah Montana alum Jason Earles. In fact, she gained fame only after she married her famous actor-husband. They tied the knot on August 12, 2017, in Toluca Lake, California.

Their wedding was a lavish ceremony and was attended by numerous celebrities like Emily Osment, Olivia Holt, Phill Lewis. Further, American actor Leo Howard served as the groomsman. Following their marriage, Katie took to Instagram to announce a romantic snap from her marriage. In the caption, she wrote, “I only came for the cake.”

Likewise, Jason too announced the beautiful day via an Instagram post, where he shared a clip from the day. He also came up with a beautiful caption, where he wrote,

“Here’s a glimpse at the the most magical day of my life. She’s perfect. #happilyeverearles2017 @andhervisuals captured the day beautifully. Beyond blown away,” Earles, 40, captioned a snapshot video of their big day.”

Besides, Jason also took the wedding vows in the best way possible. Let’s hear in his words,

“I am madly in love with you. I love how every day you open my eyes to beauty and unexpected joys that exist all around us.”

Not only Jason, but Dryson too seems to be equally in love and came up with the best words anyone could have for her husband. She said,

You are my other half and no one will fit me as perfectly as you do.

Talking more about their wedding, Katie’s husband wore a tailored suit vest and pants whereas the bride opted for a strapless gown with chiffon tiers and a corset back.

Katie Drysen and her hubby Jason didn’t have such thypical meeting. It was Katie who first discovered her future husband Jason in a lounge chair while with her old boyfriend at the Disney Aulani Resort in Hawaii. It later confirmed that Earles was filming a Disney commercial at the time.

It was a completely random thing to do because I rarely ever use Twitter. I tweeted ‘I think I just saw Jason Earles at the Aulani Resort. I hope he is having a good time.’ I went to bed not expecting a response seeing as the tweet wasn’t even really directed to him.

Surpringly, Jason followed her back on Twitter and even they became friends on Facebook too. But, Jason only messeged her only three months after her break up with her then-boyfriend.

They gradually began chatting on socual media stuffs. The first time, they met each other was at La Brea Bakery and then began dating.

Yes, the couple was in a romantic relationsip for three years before they wed. A year before they married, Katie and her then-boyfriend also got engaged. Jason proposed to his fiancee at Disneyland. He said he wasn’t that nervous before poping the question,

“I wasn’t too nervous. I was pretty sure she knew it was coming and was going to say yes. I just wanted her to have an amazing time and feel special when I did it.”

Likewise, she was also on Twitch, where she came up with gaming content, especially Destiny 2. Apart from these, she has also been a part of TV as a professional. As per the reports, she was the production assistant on the set of Mad TV. Further, Drysen also made an appearance on The Late Late Show with James Corden.

At present, she is primarily recognized as a social media personality.

Her Husband Was Married In The Past

Well, Drysen is not the only wife of Jason. He was rather already married in the past. He was first married to Jennifer Earles on January 4, 2002.

The ex-couple had met for the first time as a college student at Rocky Mountain College. Their friendship soon turned into a love affair and into a marriage in a very short span of time. They reportedly dated for just around 5 months before they tied the knot.

Unfortunately, their marriage was not meant to last forever and in 2012, the couple separated. Their divorce was eventually finalized on 17 May 2013. However, the couple has not revealed the reason behind their divorce so far.

Does Katie Drysen Have Any Kids?

It has been over five years since Katie married Jason. But the duo has not welcomed any kids of their own. However, Drysen is a stepmother to Noah Earles, who was born from Jason’s marriage with his first wife Jennifer.

We hope Katie shares a good relationship with her stepdaughter. But unfortunately, they have never been spotted together in the public. That said, we hope the duo welcomes a new member of the family soon.

As we said, Katie’s husband Jason is a famous actor. He made his TV debut back in 2003 when he appeared in an episode of MADtv, where he appeared as Swirley kid. Jason also appeared in two different TV series The Shield,  and Malcolm in the Middle.

He received major media attention after he appeared in his most successful American teen sitcom Hannah Montana. In the series, he appeared in 98 episodes, where he played a character named Jackson Stewart.

His other successful role came with Kickin’ It, where he played another lead character named Rudy Gillespie, in 83 episodes from 2011 to 2015. The series also starred Dylan Riley Snyder, Leo Howard, & Alex Christian Jones, among others. Jason made his film debut in 2004, where he appeared in National Treasure as Thomas Gates.

Some of his other successful movies and TV works include Space Buddies, Super Buddies, Malcolm in the Middle, Dadnapped, Best Friends Whenever, and many more.

How Much Is Drysen’s Net Worth?

Though Katie is apparently leading a decent career, she has not revealed her salary or her net worth. That said, she lives a luxurious life along with her husband. As of 2022, her husband has a net worth of over $8 million.

A beautiful social media star, Katie Drysen was born on September 5, 1990, in the United States. As of 2020, she is 30 years of age. Her birth sign is Virgo. Talking of her nationality, she is American and belongs to the Asian ethnicity.