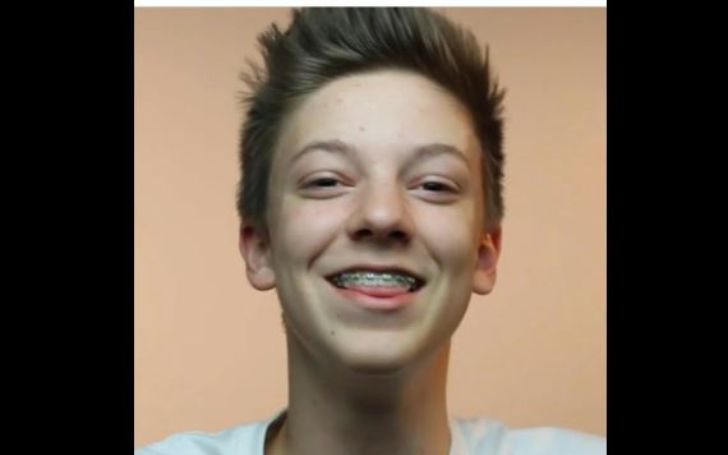 Weston Koury, or Just Weston, is a YouTuber and streamer best known as wes10 in Minecraft. He has over 323K followers on Twitch and 1.1m on Instagram.

Koury also has a YouTube channel by the name, Sinjin Drowning. As of 2021, it has gained close to 80 million views and entertains over 400k subscribers. He additionally has another Youtube channel by his own name which has a little less than 700,000 subs.

Read more about the gamer’s personal as well as professional life; his road to Youtube and Twitch popularity, if he has a girlfriend, and some additional details with respect to his gaming endeavors.

Weston Koury Is A Native Of North Carolina

Koury was born on January 7, 2002. While he hasn’t talked about his mother yet, some sources report his father’s name is Flake. Weston is one-fourth Lebanese.

Weston also has an elder sister named Kalynn Koury. His sister joined him in the 2021 EpicSMP. Weston and Kalynn mostly team up in Minecraft as well as on YouTube.

Koury is a native of North Carolina. He graduated high school in Sep 2020. Weston and his family reside in New York.

Weston Koury Once Right Swiped His Sister Profile On Tinder

In Nov 2018, Koury accidentally matched his sister on Tinder. What’s more their hilarious conversation went viral on social media as well. Weston found his sister Kalynn on the dating app and swiped right on her profile.

Interestingly, his sister also swiped right on his profile, and before they know it, their profiles matched each other. After that, they exchanged a few text messages between them.

When Koury and Kalynn finally knew who they were talking to Weston shared the screenshot of the conversation on Twitter. The post included a caption that read,

“Just matched with my sister on tinder. Someone execute me I want an electric chair.”

Kalynn later asked her brother why he was using the app as he wasn’t not even 18 at the time.

The elder sister also told her brother she was going to tell their mother about this and he was going to receive consequences. The tweet from Weston Kourey got quite the attention, getting over 600 retweets and over 6 thousand likes.

In early 2021, the beauty Youtuber, James Charles created quite a controversy after his 2017 inappropriate secret messages with some teenage boys resurfaced over the internet.

Additionally, there were headlines all stating beauty YouTuber James Charles sent them sexual messages in the late 2010s.

And among the text exchanges, the makeup artist/influencer purportedly had asked then-15-year-old Weston Koury if Koury shaved his legs. At the time, Charles was also a teenager, though a bit older than Weston. He was then 17. The twitch streamer back then was yet to gain the grounds.

As a repercussion, Charles lost one gig with YouTube. Following the accusations, Variety in April 2021 reported the YouTuber would not be returning for season 2 of Instant Influencer, the YouTube Red production Charles was previously the face of.

Charles later admitted to having had exchanged sexual messages with boys who say they were under the age of 18. The now 22-year-old also expressed an apology. Charles uploaded an apology video titled “holding myself accountable.”

Does Weston Koury Have A Girlfriend?

Back in Dec 2018, Weston surprised his Insta followers when he posted a picture of him seemingly kissing a blonde girl. Her face though was fully behind her hair.

The Minecraft enthusiast didn’t reveal who she was or even bothered to say her name. He did, however, caption the imaging with a red heart sticker.

Right after the aforesaid posting, the online gamer uploaded another picture wherein he featured a similar look-alike girl. Though this time too, she remained hidden and mysterious, again with the help of her hair. The inscription, on the other hand, read, “My Girl.”

Fast forward to 2022 and the two images would become the only time Weston mentioned anything about his love details. The unidentified girl thereafter stopped appearing on the Sandbox video game lover’s Insta feeds and to date is yet to reappear.

What’s left unanswered is his attendants over the clouds never got to know who she was or if she is still his girlfriend.

Besides, for the time being, the teenager seems to be preoccupied with his Twitch and YouTube career. Having said that, it is very likely he has a partner.

What’s known, however, is the first person he ever dated was a girl named, Erin. On his podcast, he admitted he had a crush on a girl named, Claire in Kindergarten.

His dog, Girl Meets World, went mysteriously missing. He, however, re-appeared after defeating Darkiplier, the evil alter ego of Markiplier2000.

Koury also has a horse named Necklace. The now 20-year-old, Weston had initially proposed the name to Fitz for his pet dog. He though rejected the name.

Weston also formed an “alliance” with Jacksfilms against AlsoJakob. They, however, partnered up on the condition that whoever between Jack and Weston saw Jakob first would kill him.

After a few days on Minecraft, the Survival Multiplayer, the North Carolina native changed his skin to one extremely similar to CrankGameplays‘ infamous maid outfit skin.

Who Is His Dream SMP?

Weston is a huge fan of the Stranger Things actor, Finn Wolfhard and he even wants the star to join in his gaming pursuits. Wes10 once even built a “Finn Wolfhard” coffee shop on the server. He allegedly did so with the hopes that Finn will one day visit. Some believe he is his dream SMP.

Other Facts About Weston Koury

Who is Veronica Perasso? Her Instagram, Tiktok and more