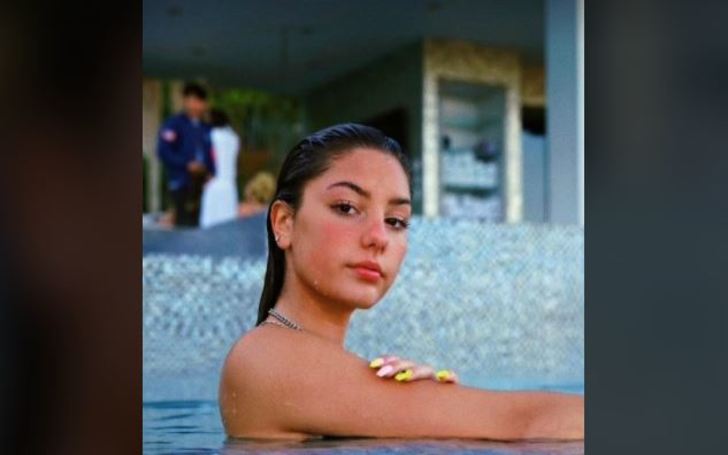 Katie Pego is a TikTok star and one of the popular faces from the many houses that Tiktokers these days are part of. She is among the house members who are looking to grow their fame and share their followers with one another.

While Houses like the Sway House and the Hype House are a few of the original houses, Katie Pego and her young friends became famous for formerly being a part of the group called Top Talent House and then of Not A Content House. She is also known for being an ex-onscreen friend with the likes of other young influencers, Anna Shumate, Rachel Brockman, and Eva Cudmore to an LA house that was just for them.

With 1.2million TikToker and over 300k Insta followers, it’s of course her lip-syncing, dancing, and modeling that made her famous online. But does she have some extra edge that has turned into an overnight sensation in such a short span? Know why she is worth the attention in the article below along with some never-heard-before details about her life; pre and post the internet popularity.

What Is Katie Pego Ethnicity?

Pego was born on July 16, 2003. She has an older brother. Katie is of Portuguese descent. She is a native of Port Jefferson Station, NY.  As of the present, however, she lives in Long Island.

Katie went to Mount Sinai High School. She studies at Cortland College. It says right in her Instagram biography that she is Cortland College; class of 2025. In light of the aforesaid fact, she presumably is in her freshman year.

When she joined her first-ever house, Top Talent, Pego was only 17. The youngest, however, was Rachel Brockman who was only 16 at the time.

Like with other houses, Top Talent also faced criticisms and questions regarding how a bunch of underage girls was allowed to live on their own. Pego committed to playing lacrosse at Cortland College.

Katie has been playing the game since her childhood and she admits she really loves the game. She, a right-hander, plays in attack, center, and midfield as well. When in high school, she played for the club Long Island Yellow Jackets.

She Got Kicked Out The House In Late 2020

In Nov 2020, Not A Content House kicked out Katie Pego. The House’s official TikTok account unfollowed her.  In addition, other members, Sabrina Quesada, Eva Cudmore, and Anna Schumate confirmed to reporters at The Hollywood Fix that Pego was indeed out of the House.

The news started to emerge just weeks after she, former Top Talent House roommates Eva Cudmore, and Anna Schumate announced they would be joining the content collectively.

The 18-year-old joined Not a Content House at the start of November 2020 following the shutdown of Top Talent House. She was a founding member of the latter.

The house came to an end after its manager, 21-year-old Nour Khodr started receiving allegations of grooming the client, manipulating them, and plying them with alcohol.

For a while, it seemed Pego’s career to super celebrity fame was well back on track but with her exit, it appears she may have to try some other way around.

Why ‘Not A Content House’ Kicked Out Katie Pego

When the reporter asked Sabrina why Katie was “missing” from the group’s outing at Sunset Strip, she replied, “Katie was actually just kicked out of the House”.

When the interviewer further asked for the reason, Quesada said it was because of “just drama, she (Katie) starts drama with a lot of the girls in the House.”

On the other hand, when asked on her personal TikTok why she was no longer in ‘Not a Content House’, Pego gave a very different explanation. The Long Island native claimed she left because her family wanted her home.

Pego’s answer led to another Not a Content House member, Ava Tortorici, weighing in on the drama. She through different sections of the TikTok Room cryptically left a cap emoji. Some believe it implied that Pego was ‘capping’ (lying).

Another fellow Tiktoker, Max Dressler, a former friend of Pego, also chimed in to express his feelings in the very matter. He posted a video and said it was for “one girl who switched up on all of us and thought she was better than us because “we weren’t cool enough” for you. Well, let me tell you something. Karma’s a b*tch!”

Does Katie Pego Have A Boyfriend?

Although since their breakup in April 2020, they have deleted the posts, videos, and images of each other from their respective social media accounts, there are still some footages scattered across the internet that are enough to show Katie and Rosario were indeed a serious couple.

Rosario, the older brother of Emiliano, confirmed the split via one of his Instagram Live sessions. Though, he and the Cortland student remained friends. The boyfriend and girlfriend allegedly broke up primarily because of the long distance.

Amidst the split, however, they threw some vague and caustic comments to one another with Pego claiming Rosario lead her on. Alejandro, on the other hand, said he stopped talking to her once he found out about her huge crush on Nick Austin.

Some blamed another social media star, Taylor Mchat, from South Florida for Katie and Alejandro’s breakup. Machat though later, through her Insta stories, explained she didn’t ruin the couple’s union. She also added how she was 100% against going for guys that are taken.

Pego also through her Insta handle commented in one of such posts. She said Taylor never did anything wrong and also urged people not to hate her.

In June 2021, Pego’s former Total House member, Sabrina Quaseda went live on her Insta and said she found out about Katie and her then ex-boyfriend, Cooper Noriega kissing each other.

Quaseda revealed Alejandro’s former girlfriend afterward pretended as nothing happened even though Noriega and Sabrina weren’t together at the time. She and Pego ended their friendship shortly after.

Cooper and Sabrina, on the other hand, later reconciled and as of present, Katie seems to be all single.

Breakout Tiktokers especially the ones who are affiliated with some kind of House are generally richer than average citizens. Most of them, nonetheless, lack solid figures that could have otherwise given even the roughest estimation of their net worth.

And Katie also isn’t that far from the aforesaid definition. She definitely has risen through the ranks in pursuit of making herself a notable face among the soaring numbers of social media stars. However, it’s gonna be a while before analysts start to assess her financial advantage. While a millionaire statement may be a bold statement, for the time being, Pego could very well have wealth worth in the region of hundreds of thousands of dollars.