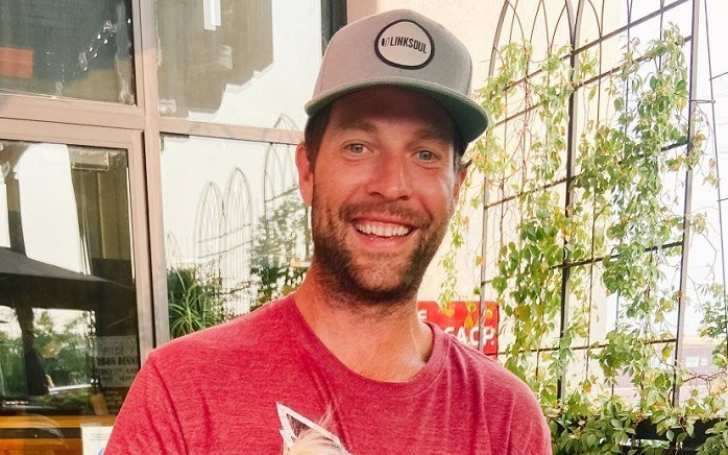 Along with his prolific real estate career, Kevin has also maintained a pretty successful love life. He is the longtime husband of former reality TV star Taylor Cole. Find out if the couple does share any kids or not.

Besides, we will also talk about Kevin’s parents, siblings, and many other unexplored facts you didn’t know about him!

Who are Kevin Simshauser Parents? His Brother Works at SVP Marketing at ConsumerMedical

Simshauser is the son of Sara Simshauser and Gene Simshauser. His father Gene is from Deer Park, Washington. The old man went to Deer Park High School and later graduated from the University of Washington. He currently resides in Mesa, Arizona along with his wife Sara, a Washington State University graduate.

Erik currently works at ConsumerMedical. He was previously a Vice President at WebMD and Enli Health Intelligence, a medical center. He also worked at the Sachs Group.

Kevin is from Spokane, Washington: His Childhood and Education

Taylor Cole’s husband Simshauser was born in September 1986, in Spokane, Washington. On the occasion of his 30th birthday, his spouse Taylor posted his childhood photo.

As for his academic qualification, Kevin attended the University of Arizona and earned a Bachelor of Science in Regional Development in 2009.

What Does Taylor Cole’s Husband Kevin Simshauser Do?

He is one of the recognized faces in the world of real estate. The Washington native kicked off his career with a selling job at the company Keller Williams Real Estate in March 2010. He worked there for over a year with apartment owners and residential real estate investors.

In June 2011, Kevin went on to join Guardian Capital Realty. He practiced in real estate sales and acquisitions at the time. He spent the next six years working as a real estate consultant, representing sellers, buyers, and investors.

In Sep 2018, Simshauser landed a job at the Sims Real Estate, in Phoenix, Arizona Area. He is also a realtor at HomeSmart International, Phoenix. Additionally, the real estate agent currently works for The Phix Group, LLC.

He has earned a considerable fortune from his successful real estate career. Kevin’s estimated net worth is $300,000 as of 2020.

Taylor Cole is Married to Kevin Simshauser: Their Gorgeous Wedding

The two tied the knot on 2nd October 2015. They organized their lavish wedding ceremony at the La Quinta Resort & Club in La Quinta, California. She was looking beautiful in her stunning beaded Jenny Packham wedding dress complete with a cap, and beaded sleeves. Her dad walked her down the aisle.

A few days after their wedding, Simshauser took an Instagram to share a stunning photo of the couple from their big day with a caption,

“There aren’t words to describe the most incredible weekend of our lives. We are so full of love, smiles and amazing memories. I am one happy WIFE! #palmsimswedding.”

In the meantime, the real estate broker also uploaded the photo from their nuptials on his Instagram (which is now private). He wrote on the photo at the time,

“Best day of our lives. Thanks to everyone that celebrated with us. And most of all MY WIFE!!! @taysims2b,” and also ended the caption with hashtags “#palmsimswedding.”

Sources say, the couple dated for many years before they got married.

The couple is the proud parents of two kids. They welcomed their first child, a daughter named Tatum Woods, at an Arizona hospital in September 2018. Both the duo shared a series of adorable photos of their newly-born baby girl on their social media handles.

Moreover, Kevin and Taylor became parents for the second time when their son was born in Jan 2020. He was 5 cm at the time of his birth.

In September 2019, the ex-MTV star revealed her second pregnancy with a photo of her growing baby bump. She was seen taking her first child on her shoulder in the photo. Cole captioned it,

“Happiness is carrying a whole world inside you…and another one on your shoulder.”

The family of four currently resides in Arizona.

There is no information about Kevin’s past love story. In the meantime, his spouse Taylor was in a relationship with an actor Talan Torriero. The two dated briefly back in 2005.

Taylor runs her own Photography in Costa Mesa, California. But, before making her transition into photography, Cole was involved in a reality TV show.

She gained wide popularity for her appearance in the second season of the Orange County-set MTV reality show Laguna Beach, released on September 28, 2004. She appeared as a guest in the third season of the show.

Apart from all these, her most successful role is considered to be in an American television series Supernatural. The TV stars some successful actors like Eric Kripke, Jared Padalecki, Jensen Ackles, Katie Cassidy, Lauren Cohan, Misha Collins, to name a few.