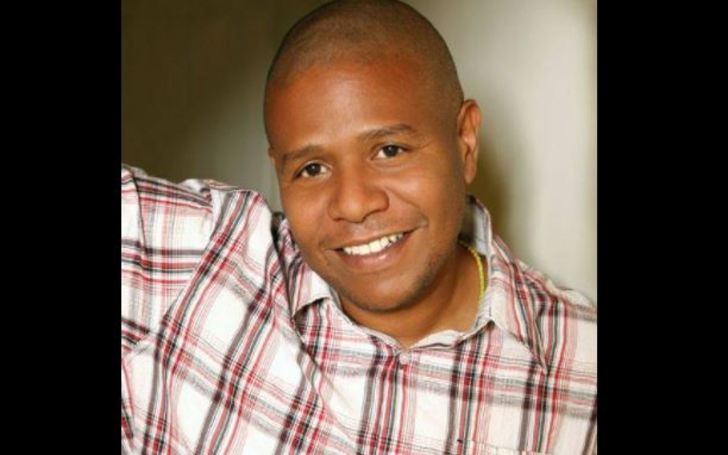 Damon Whitaker is a writer, actor, producer, and director known for films like First Daughter, The Lazarus Papers (2010), and The Tell-Tale Heart (2016). He though is more famous as the younger brother of the Oscar-winning actor, Forest Whitaker from the fame of The Last King Of Scotland and The Black Panther.

His brother Forest is undoubtedly one of the most familiar faces in Hollywood. There, however, are some confusion about his life off the camera; whether he has brothers, or is he the only child.

To most movie-goers’ surprises, the Black Panther star does have siblings and in fact three of them with two being in the same profession as he is. Yet the brothers have guarded themselves even stronger than Forest, himself so as to remain a covert celeb. So read as much as you could about one from such names, Damon Whitaker; know if he’s married, has children, and even some parts of his life before he became an actor.

Damon Whitaker Was Born In Texas

Damon was born on 21-Oct, 1970, in Longview, Texas. He, however, grew up in Carson, California, and in South Central Los Angeles with two brothers.

His mother, Laura Francis (née Smith) used to teach special education in the Los Angeles school system. Francis had put herself through college and earned two master’s degrees while raising Damon and his siblings.

Damon’s father, Forest E. Whitaker Jr. was an insurance salesman. The Whitaker family moved to Carson, California when Damon and his brothers were in elementary school.

As a child, the Lazarus Papers star used to share beds with his brothers and cousins. He considers his first job as a student security safety fill when he was in an elementary school.

The Longview-born actor studied at El Camino College and graduated with a degree in Associate of Arts (AA), Liberal Arts and Sciences. He was also a member of the theater society and artists collective.

His Ancestors Were From Ghana

When his older brother, Forest in the late 2000s took a DNA test, the results indicated their teacher-mother had Akan ancestry. On the other hand, Damon’s dad’s ethnicity dated back to that of the Igbo people.

Whitaker has two brothers, the famous one being Forest Steven Whitaker who, as mentioned, is older than him. Damon is the youngest child with another older brother Kenneth Dwayne Whitaker. The three brothers have an older sister, Deborah. She used to handle a number of business affairs for Forest during his early career.

Damon’s other older brother, Kenn is also an actor though he hasn’t had appearances on the screen since 2001. He is known for films like Most Wanted, Bulworth, and Life, among others.

Damon Whitaker Was 17 When He Worked In Clint Eastwood Film

He had his first acting job in Clint Eastwood’s 1988 biographical film, Bird; the feature had his brother, Forest as the lead star. Damon was 17 when he played young Charlie Parker in Bird.

The following year, he landed a cameo role in the NBC sitcom, A Different World appearing as Ron’s Barber in an episode titled, Take This Job And Love It.

The Texan then portrayed the character of a Bartender in another NBC comedy series, Out All Night before starring as
Pete in the 1993 short film, Protozoa.

The same year, Damon landed a cameo in ABC adventure series, The Young Indiana Jones Chronicles as a Piano Man. He likewise had a role in a mini TV series, Rythm and Jam.

Damon got his second big-screen job in the 1994 action drama film, Saints and Sinners. From the mid to late ’90s,
he acted in films such as Mr. Holland’s Opus, 12 Bucks, and Ghost Dog: The Way Of The Samurai. Meanwhile, he also had yet another cameo in UPN’s sci-fi drama The Burning Zone.

Damon Whitaker; From 2000 to Present

In 2000, the California/Texas native starred in director Bryan Genesse’s film, Bad Guys and then in 2001 Les Mayfield’s directorial, Outlaw. After that, Damon took a break from acting for three years and made his comeback in his brother, Forest Whitaker-directed film, First Daughter (2004) starring as Charles alongside, Katie Holmes.

His last movie Haphazard from the helmsman, Dean Alexandrou hit theaters in 2019.

Damon’s next release, Wildtrack starring himself alongside names like Milena Gorum, Paul Collett, and Dean Alexandrou is currently under post-production.

Damon Also Has Other Professions

In addition to acting, Haphazard star is also an executive producer at Bruin Lake Films since 2014.

Further, he is a former co-owner of a sports website, beatscorepro.com. He was also the VP of A&R for Spirit Dance Recordings.

Forest’s younger brother, Damon is currently the owner of Sol9.

What Is Damon Whitaker Net Worth?

Although Damon is in the acting profession for quite a while, his financial estimations (or net worth) are something that mostly involves theories and assumptions. Just to have a perspective, his sibling, Forest is clearly a multimillionaire, the same, however, might be a bit heavy to say about Damon.

Nonetheless, considering all the acting credits and the projects he has been in, the El Camino graduate could very well be a celebrity with way above the average wealth.

While his elder brother, Forest recently separated from his actress-wife of over 22 years, Keisha Whitaker, there’s barely any writing that has discussed Damon’s family matter; whether the writer/actor has a wife, girlfriend, or children.

What’s more, even his brother, Forest is notorious for keeping his personal matters to himself.

Whatever the case, though, it’s highly probable that the fourth child of the Whitaker family is married or at least has had some sort of a romantic relationship and even a child or two of his own — all considering his age.