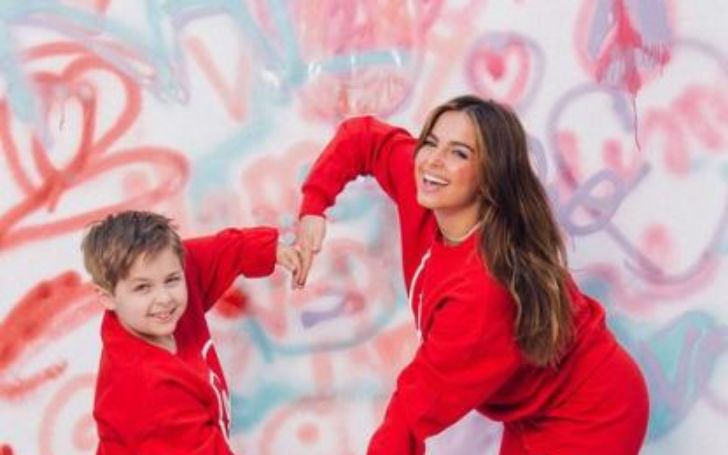 Lucas Lopez is one of the two younger brothers of popular social-media star and actress Addison Rae and fully Addison Rae Easterling. Lopez’s sister is synonymous with TikTok. His elder sister, Addison is also a star in the 2021 film, He’s All That. Addison’s success is a family affair so it is only natural that her brothers are getting some of her spotlights. He occasionally pops on his sister’s Instagram and TikTok portal for the sake of creating content. Lopez is the youngest of the three siblings in the family.

Both of Lucas’ older siblings Addison Rae and Enzo Lopez are now renowned social media stars with the latter already a recognized name in the Vibe Crew, a popular content creator house. As for Lucas himself, although he is still a bit young to fully embrace the social media influencer career, his presence in the media and tabloids’ attention is quite undeniable. Be it from his celebrity-Esque lifestyle or his extraordinary birthday celebrations.

Considering Lucas is Enzo and Addison Rae’s brother, it shouldn’t be surprising at all if he becomes social media superstar in his own right — if that’s what he ultimately chooses for himself. In the meantime, people can’t seem to get enough of Lucas day by day. He is also equally liked as the cast of a family Youtube Channel, The Rae Family, which has a little less than 300k subscribers.

With him occasionally collaborating with his famous sister, Lucas, each day, is evidently on a very good path to becoming a solid social media star. Take a look at some of the noteworthy moments from the young life of Lucas Lopez down in the content; see how much he factors into the life of Addison and her family’s rise to stardom, how much is he the dearest one, and all.

The little brother, Lucas is the only one who was born outside of Louisiana to Addison’s family.

The youngest from Rae’s family, Lucas Lopez was born on September 24, 2013, in Houston, Texas to Sheri Easterling and Monty Lopez. Lucas who is now 9 years old is of German and Spanish descent.

Why Does Lucas Lopez Have A Different Last Name To Addison Rae’s?

It is quite apparent that Addison and her mother Sheri have the same last name, Easterling. Though, on the other hand, her father and brothers including Lucas share the last name Lopez — and many have wondered if Monty, Enzo, and Lucas are biologically related to Addison Rae.

Turns out, Lucas is related to Addison biologically and the rest of the children are biologically interlinked with each other. The real reason behind different surnames is that Sheri and Monty had Addison when they were young and unmarried, so they opted for her to take Sheri’s last name, Easterling.

The theory suggests it is mostly because Lopez and Sheri had the future TikTok star out of wedlock. Lucas’ mother, Sheri, henceforth, at the time wasn’t legally Monty’s wife. However, neither Addison nor her parents have directly addressed this last surname issue.

Lucas Has His Own Instagram And Other Social Media Handles; It Is Rather Mandatory

While Lucas is also fairly active through his own socials, it is his father, Monty Lopez who predominantly manages Lucas’ social media accounts since he is still a little young to handle them on his own. What’s more, Lucas and the rest of his family reportedly are needed to create content consistently even if Addison is on break.

It, in fact, is apparently rather a bit compulsory for the Lopez Easterling family to be around Addison to help her with her content and have their own social media accounts. The above two are something that Lucas’ sister has kind of made a mandatory thing.

This meant her father and mother had to give up their regular jobs to help with her daughter’s social media career. Lucas is also under the contract of WME, an entertainment, sports, and fashion company, again courtesy of his sister, Addison.

As mentioned Lucas’ big brother, Enzo being a prominent house member seems to be closely following in his older sister Addison’s footsteps — and in more ways than one. He is also the cast in Season 7 of Brat TV’s Chicken Girls.

Also aforesaid is the fact that Enzo is now a member of a tween influencer team called Vibe Crew; he was formerly on Goat Fam.

He joined the group recently. After entering the house, the second child of Sheri and Monty said,

“Happy to be invited to this new group!”

Enzo wrote while posting a group photo of himself posing with fellow members in Aug 2020. Worth mentioning is much like Enzo, his sister Addison too had an association with the Hype House; fans haven’t forgotten that she was once a major force within the collaborative. It is Enzo’s mother who overlooks his social media handles.

Lucas’ mother used to own a retail store on Boulevard in Rayne, Louisiana called De Ja Vu. Before that, she used to work in a veterinary office which she admits she didn’t enjoy. Easterling had an interest in starting her own business ever since she had her first child, Addison. 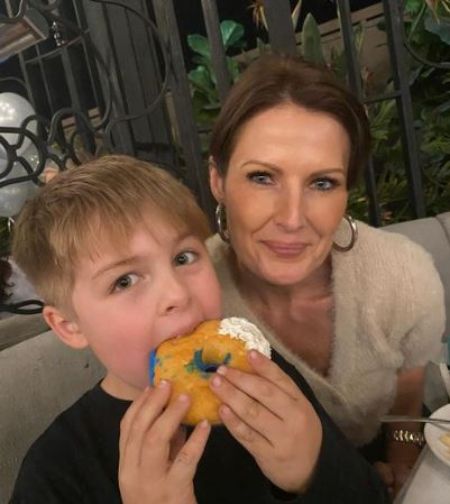 Lucas’ mother’s first, venture, however, didn’t work out. Lucas, Enzo, and Addison’s mother, Sheri now is also a TikToker; she first began to appear on TikTok through her daughter, Addison’s account as a guest. She would eventually launch her own profile in August 2019. In social media, Easterling, though, is rather famous as Sheri Nicolee/Sheri Nicole.

Unlike her daughter, Mrs. Lopez’s first Tiktok post gained significant attention almost instantly. As of 2022, Lucas’ mother has over 15 million followers on the platform.

The mother of three also runs her own podcast, Mama Knows Best. Every week, Lucas’ mother and his sister, Addison feature big names, and special guests discussing relationships, family drama, fashion, and music to ultimately try and figure out… “was that actually fun?”

Lucas’ mother and his sister have also launched season 2 of their hit podcast, That Was Fun? It’s been on air since Sep 2021 on Spotify.

Lucas’ father is a native of Louisiana who was born on November 24, 1975. Some believe he is of Hispanic ethnicity, presumably a child of Mexican parents, though, the man, himself has hardly talked about his ancestry.

Monty and his family ran a housing industry under the parent company, Berkshire Hathaway. The Louisiana native father of Lucas did a lot of construction for various kinds of homes. Monty also worked in The Bahamas during one point in his career in addition to working in the trailer business.

Lucas Parents, Sheri, And Monty Had A Bit Unstable Relationship

Lucas’ mother Sheri and his father Monty first married on January 3, 2004. But before that, Easterling had become pregnant with Monty’s baby and given birth to her famous daughter, Addison Rae.

A few years after the marriage, Lucas’ parents would divorce and his mother, Sheri started living as a single mom. However when Addison was six, Sheri again started to date her daughter’s father and within a few months became pregnant with their second child and Lucas’ elder brother, a son, Enzo.

Easterling and Monty though would break up again at the time when their second child was on the way. Dramatically they would reconcile once again and have their third child, Lucas. His parents, Sheri and Monty remarried in Jan 2014 when Rae was in high school.

Sheri, Enzo, Addison, and Lucas went through some tough financial times during the latter’s infant years. Addison once revealed she used to come home crying from school because she would be made fun of for her and her family’s living conditions.

Before Addison’s little brother, Lucas was born, Easterling with Addison and Enzo lived in an RV for a while as it was what she could afford at the time. After a while, the mother of three moved to Texas with her two kids and her husband turned boyfriend, Monty. Rae was then in the fifth grade.

After moving to Texas, Easterling, her two kids, and her husband started to live in northern Houston and would remain there for 2 years. It was around this time that Sheri became pregnant with Lucas.