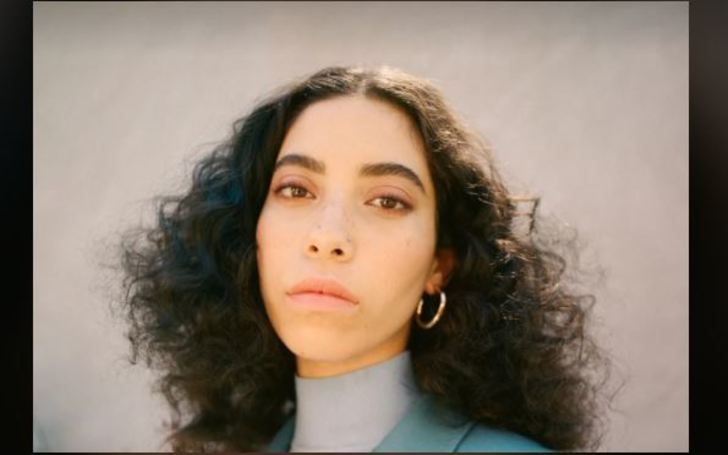 Maya Boyce is the little sister of Disney star Cameron Boyce, known for his role as Carlos in one of the title characters in Disney’s musical fantasy Descendants franchise. Maya’s actor brother was also famous for Disney XD comedy series Gamer’s Guide to Pretty Much Everything (2015–2017).

Cameron lost his life in July 2019 at the age of 20 due to epilepsy in sleep. When alive, Cameron often mentioned his sister, Maya Boyce, and talked about her quite a lot over social media.

Now that she is also in her 20s, Maya too is delving into a celebrity lifestyle though not to the same extent as her passed-away brother. She instead is getting recognition through her activist work and for the ways in which she is honoring her departed sibling.

Turns out as she navigates the uneasy waters of early adulthood, she’s also fighting for so much outside of herself too. Know all those in the writings below.

Maya Boyce Comes From The Family Of Social Workers

Maya Boyce was born on December 28 in 2001. She and her late brother, Cameron grew up in Los Angeles, California. Their mother, Libby, works with Los Angeles’s homeless community.

Maya and Cameron’s mother, Libby, a Jewish woman, reportedly worked on Skid Row as a health worker. In an interview with Dazed, Cameron said his mother was a social worker in health when the AIDS epidemic hit, and after that, she did homeless coordinating and managing teams on Skid Row.

Maya’s paternal grandmother was a civil rights activist. And her late brother too ran a number of causes, including gun violence prevention.

Her father, Victor Boyce is an African-American and is a cyclist by profession. The Mirrors actor once said his and Maya’s father taught them to not waste their talent.

Maya and Cameron seemingly had a beautiful friendship. They often made appearances on each other’s social media pages be it to wish birthdays, share throwback photos, or others.

In his high school graduation in 2017, Maya, on her Instagram, wrote,

“My best friend graduated AND turned 18❣️ He’s a grown-ass man or something.”

She looked quite similar to her late brother, with the same freckled faces and the same curly brown hair.

She Studied Theater At College

Maya, at 19, became a freshman in college, studying theater in Boston.

She once revealed it was always her plan to act after college. She also disclosed her brother and she became creative around the same time, and that they sort of came up with the ideas to act on their own.

Maya studied contemporary theater. The study deals with determining what actually fits the students instead of a scripted course. The brunette sister of Cameron prefers acting in a horror movie or returning to the stage.

In early 2021, Maya portrayed Maggie in Arthur Miller’s After the Fall. Her group of friends put in the production after realizing her overall positivity.

Maya Boyce Does A Lot Of Public Spirited Works

With an ambition to keep her late brother’s humanitarian works alive, Maya and the rest of her family continuously advocate and work for several charities and foundations.

In addition to a number of Cameron’s initiatives, such as Wielding Peace, she is also constantly working with the Thirst Project. It focuses primarily on epilepsy research and awareness.

As for The Wielding Peace, it is a project from her deceased brother at the height of the mass shootings across the US.

She’s Been Into Social Service Since Childhood

While talking to Teen Vogue about her philanthropic endeavors, the young activist said,

“My parents taught me to be giving, recognizing our privilege and using it for good.”

Maya had been in it from an early age. When she was a child, the younger sister of Cameron Boyce recalled visiting some of the shelters where her mother worked. She remembered kids having holiday parties, and her family going and hanging out with the kids.

She Has Also Worked As A Model

The youngest child of Victor and Libby, Maya Boyce is also into modeling though again for her brother’s good deeds purpose.

She once posed for Tower 28 Beauty. The publication reportedly creates vegan and cruelty-free products. The profit of the business exclusively goes to her brother’s organizations.

It, however, is unclear if Maya, herself is vegan. Maya has also posed for the luxury resort collection Ocean & Main, an ethically sourced, and locally made from upcycled and artisan fabrics.

She likewise does modeling for the products by Wild for a Cure campaign.

So far, Maya has had four show biz credits. She first appeared on the screen through a TV series, Piper’s Quick Picks, playing no character but herself. She would next guest-starred, again as herself, in shows such as Disney 365, and Piper’s Picks TV. Her first movie appearance was in the 2020 TV film, Bresha.

How Did Her Brother, Cameron Boyce Die?

The police found Maya’s brother, Cameron dead at his North Hollywood home on Saturday, July 6, 2019. The 20-year-old’s family later confirmed he suffered from epilepsy prior to his death.

Boyce’s family, afterward, made a statement that their son died in his sleep “due to a seizure which was a result of an ongoing medical condition for which he was being treated”.

The autopsy and initial investigations reports, however, were finding it difficult to conclude the exact cause of death.

Later, everyone agreed the Eagle Eye star lost his life due to an epileptic seizure. They also reported Cameron had been diagnosed with epilepsy. When he died, Cameron was just 20.

Maya Boyce Words After The Death Of Her Brother

A day after the tragic news, in her first statement since the death of her brother, in July 2019, Maya Boyce, through her Instagram, said,

“Yes, he died. Yes, I’m sad. Cameron was my best friend. He is someone I will always idolize. His smile could light up a room, unlike anyone else’s. He was perfect.”

“Of course, I am devastated. I will be for the rest of my life.”

The 20-year-old theater student said her elder brother was ‘Happy’ hours before his death.

She added how she was with him hours before he died and said it was normal and fun. The social worker/actress/model reported how happy her brother was. Maya stated, to have spent 17 years knowing what it was like to be loved by Cameron Boyce was the most beautiful gift she had ever received.

She also reported her brother saying if one has a voice, they have the privilege of using that voice for change, and her brother, himself did not take that idea lightly.

How She And Her Family Are Surviving Her Brother

In July 2019, nine days after her brother’s passing, Maya and her parents created the Cameron Boyce Foundation to continue their beloved family member’s work and honor his legacy. Their goal ever since has been to raise money and awareness about epilepsy as well as continue other charitable initiatives Cameron had been involved in.

Boyce believes all the charity works are constant motivators for her.

Maya Boyce Has A Boyfriend

Maya is currently dating a guy named, PJ Diaz (Instagram). While the Californian celebrity hasn’t revealed when and how she met her boyfriend, she first introduced Diaz to her Instagram followers in Nov 2019. Sharing a series of her beloved’s pictures, Maya wrote,

“a photo collection of you looking goofy and cute. I love you so so much. happy birthday❤️”

Thereafter, the couple occasionally kept on sharing glimpses of their relationship via their respective socials. The couple, however, seems to have started dating since high school as apparently, they were also each other’s prom dates.