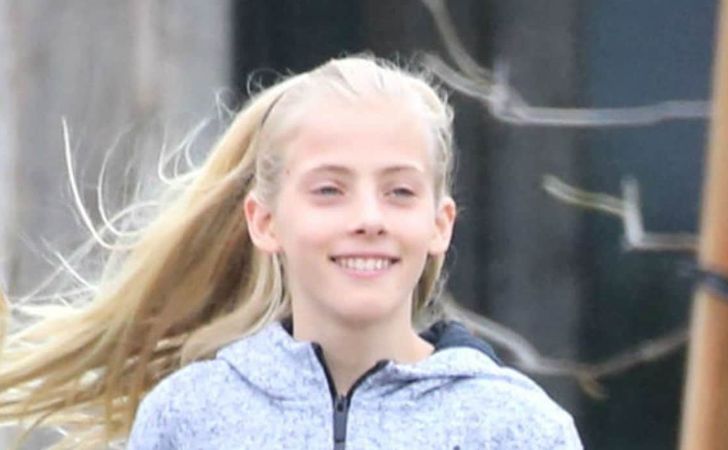 Hazel Moder is the daughter of American actress Julia Roberts and American cinematographer Daniel Moder. As the kid of famous parents, Hazel too enjoys all the fame and attention that come along.

While she has a good reputation as a star kid, how is Hazel’s relationship with her parents? It looks like she lives a completely different life than what is expected from a star kid. Apparently, she doesn’t enjoy media attention and leads a life away from the razzle-dazzle of Hollywood. In fact, she doesn’t even seem to be active on Instagram.

Well, here, we have some interesting details about Hazel Moder’s career, social media presence, education, and many other untold details.

As the daughter of Julia Roberts, Hazel’s life is obvious to be scrutinized all year round. In a similar scenario, her life at present is undoubtedly a concern for her fans. But before getting into the details of her at present, let’s get to know the basic information about her.

Moder was born through IVF

Hazel was born on November 28, 2004, in Los Angeles, California, to father Daniel Moder and mother Julie Roberts. She also has a twin brother Phinnaeus Moder. Hazel is 18 years old as of 2022.

Hazel is not the only child in the family but has two more siblings. She has a fraternal twin Phinnaeus Walter, who was born a minute later at 1:22; Hazel was born at 1:21 via C-section.

Her younger brother Henry Daniel Moder is 15 years old and was born on June 18th, 2007, and weighed 8 lbs, 9 oz. Coincidentally, Henry was born at 1:23. Hazel’s mom Julia has even said that her kids are three ducks in a row.

Talking about her education, Julia Roberts’ daughter Hazel Moder reportedly attended Our Lady of Mercy School in Los Angeles, California. In the meantime, Moder also studied at The Bay School in San Francisco, CA. She there also plays soccer. Back in August 2018, her mom Julia Roberts was seen taking her daughter to soccer practice in Los Angeles.

Moving into her college details, sources say Moder almost completed high school and is all set to start college in late 2022 along with her twin brother.

“I’m completely excited for them. It’s really thrilling and I wasn’t lucky enough to have a college experience. And so to see how it’s happening for them is really fascinating.”

Is Hazel Moder an actress or singer? Once worked with her mom

Hazel has not taken either acting or singing professionally. However, she has appeared in a few successful movies and TV series.

In 2016, she appeared in a romantic comedy Mother’s Day. In the film that also starred her brothers Finn and Henry Moder, she played a Cartwheel Kid. The film also starred her mother Julia Roberts alongside other actors including Kate Hudson, Jennifer Aniston, and Timothy Olyphant.

Moreover, in 2006, she along with her brother was cast in an episode of the tv series VH1: All Access.

Talking of his acting projects, Hazel is yet to make an announcement. However, if sources are to be believed, she is talking about acting lessons at present and may make a comeback into acting in near future.

She is a Star Kid: Her Mother is An Academy Winner

As we already mentioned above, Hazel is the daughter of famous parents. Her mother Julia Roberts is an iconic figure in the acting world with three Golden Globe Awards and an Academy Award for Best Actress to define her accomplishment in the industry.

Similarly, Hazel’s father also has similar fame as a cinematographer. As a cinematographer, he’s been a part of films like Full Frontal, Friends with Money, Spider-Man 3, Fireflies in the Garden, Secret in Their Eyes, Ibiza.

Hazel Parents’ Julia Roberts and Daniel Moder are married for around 20 years. They reportedly got married in 2002 and are together ever since. The two met on the sets of The Mexican in 2000 and reportedly dated for a while before they tied the knot.

Shortly before exchanging vows with Daniel was in a relationship with actor Benjamin Bratt. They broke up in 2001.

Both Her Parents were Married Previously

Besides, Julia also had a marital relationship before Daniel. She was married to country singer Lyle Lovett. They married at St. James Lutheran Church in Marion, Indiana. Unfortunately, just two years into marriage, the duo called it quits, divorcing in 1995.

Like Julia, her now-husband Daniel was also married in the past. He married Makeup artist Vera Steimberg in 1997 and divorced her in 2002. Vera also has a child Lucas, who was born in 2004.

Apart from these, Julia has also dated several other men in the past. As per the report, she dated several successful celebrities like Jason Patric, Liam Neeson, Kiefer Sutherland, Dylan McDermott, and Matthew Perry.

In fact, she even was engaged to Kiefer Sutherland. Unfortunately, they called off their engagement just three days before their scheduled wedding on June 11, 1991.

Hazel Moder Shares a Great relationship With Her Family Members

The beautiful Hazel shares an Incredible bond with every member of her family. She is very close to both her brothers and her father and mother too.

In the same way, her parents too seem very much proud of her. In fact, her father has even made a post on his Instagram referencing himself as lucky to have Hazel as his daughter. Check it out.

The Day Of the Daughter. So lucky this girl is my daughter…and that she takes these awesome selfies on my phone. Staying gnarly

Moreover, she also shares a great relationship with the rest of the family members and makes appearances on their socials as well.

Surprisingly, Hazel is not dating anyone at present. In fact, there are no reports of her romantic relationships in the past as well.

With that said, it is pretty possible that Moder is in a romantic relationship but is not yet open to reveal it in public. Anyway, for now, it is safe to say, Hazel is single. Hopefully, we will get to hear about her boyfriend in the near future.

Is Hazel Active on Social Media?

It might sound surprising, but Hazel is not active on any social including Instagram. It looks like Moder does not enjoy the attention and has so far avoided all the social platforms.

But unlike her, her parents are pretty much active on social media. Her mother has around 9.1 million followers on her Instagram, where she goes by @juliaroberts.

Her mother has saved a dress for her daughter

Well, we have all heard about parents saving it up for their kids. Likewise, Hazel’s mother Julia has also saved up something for her daughter and that is not just money, but dresses. Yes, Julia is saving all the iconic dresses she has worn on the red carpet.

She said in an interview with PEOPLE, “Asked about her dresses, and if she will ever be wearing it, she said,” I have this little space in my house that my husband refers to as the heritage collection. Things I go, ‘I can’t get rid of [this], what about Hazel?”

Moreover, she also has saved the dress that she wore while winning the Academy Award for her role in the movie, Erin Brockovich.