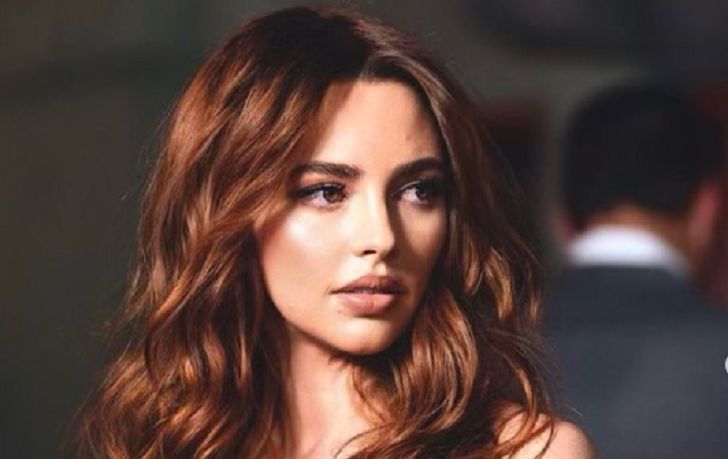 Natasha Bassett is one of the budding actresses from Australia who started appearing in movies and TV shows early. She first landed her audition at 14 and has since been unstoppable, playing a variety of roles in a handful of TV projects like Britney Ever After, Operation Buffalo, and more.

Aside from her professional accomplishments, Natasha made a series of headlines after her dating rumors with Elon Musk, the world’s richest man started circulating on the media. Although neither Bassett nor her possible boyfriend Musk has yet to confirm their alleged romance, sources reported they are secretly dating since his break up with his former girlfriend Grimes.

So, let’s find out if Natasha is really Elon Musk’s girlfriend. What was it that attracted her the most to the billionaire? Was it his tremendous net worth? Here is everything you should know about Natasha and Elon Musk’s rumored relationship.

The 29-year-old Australian actress appears to be dating the world’s richest man Elon Musk. Their dating rumors first emerged when the 50-year-old billionaire was caught with a glamorous mystery woman by the DailyMail in Los Angeles in his private jet on 17th Feb.

The photos captured by the newspaper show the lady in a long coat and white boots, shielding her eyes with sunglasses. Soon enough, it revealed that the woman was none other than the actress Natasha Bassett.

A source closed to the founder of Tesla exclusively revealed to HollywoodLife that the two, “have only been dating for a couple of months, but they are already in a monogamous relationship. They are very much into each other and have been spending a tremendous amount of time together.”

Although their relationship has been a hot topic in the media now, neither of the parties has yet confirmed if they are really in a romantic relationship or not.

Hopefully, Bassett and her rumored-boyfriend Musk will come soon forward with their relationship status.

As we have mentioned above both of them are reluctant to reveal anything about their reported romance. But, some high-profile media sources said Natasha’s seemingly new relationship with Musk began soon after his breakup with his ex-girlfriend Grimes.

“Natasha has been seeing Elon for some time. They were friends first and only became romantic after he split with Grimes.”

The former flames started dating in April 2018. And the first time Musk and his then-partner made their red carpet appearance was in May of the year at Met Gala.

Prior to their whirlwind romance, the business magnate also shared a son with her. His Canadian-born singer-girlfriend Grimes announced they were expecting their first child in January 2020 and they welcomed their son named X Æ A-Xii in May 2020.

However, while everything seemed to be perfect between the two, the duo went their separate ways in late 2021. Sources say, they split amicably and are now too committed to co-parenting their newly-born son together. At the time, Tesla CEO told Page Six,

“We are semi-separate but still love each other, see each other frequently and are on great terms.”

As for Muk and Natasha’s rumored love story, they were initially friends before things started becoming more romantic between the two.

What was it that attracted Natasha to Musk?

Needless to mention, many of you might be thinking that the Australian-born actress was attracted to Elon Musk because of his wealth. But, in fact, this is not the case here as a source close to the actress said that Natasha finds him, “so smart and interesting to be around.”

So, it seems like that billionaire’s brains impressed her the most, not his bank balance.

Her Reported Boyfriend Musk Had Six Children With His First Wife

Natasha Bassett’s alleged-bae Musk shared six children with his first wife Justine Wilson, a Canadian author. The exes who tied the knot in 2000 welcomed their first child, a son Nevada Alexander Musk in 2002. Unfortunately, the baby passed away from (SIDS) at the age of 10-week.

Following the tragedy, the couple decided to use IVF to have children. In April 2004, Justine conceived twins Xavier and Grifin Musk through the abovementioned process. Similarly, the two welcomed their triplets Kai, Saxon, and Damian Musk in 2006.

Following their divorce in 2008, Musk and his former spouse Justine have shared the joint custody of their five sons.

What is Natasha Bassett’s Age? Details on Her Conflicting Birth Dates

As for the proof, her mom shared a beautiful photo of her adorable daughter on her 21st birthday in October 2013. She wrote on the photo,

“Happy 21st Birthday my precious little girl! I am the most blessed mother in the world.”

Natasha is the daughter of her Australian mother Jenny Bassett. While the information about her father is still missing, her mom Jenny is the founder and Cheif Executive Officer of Bassett International, a luxury travel company in Los Angeles, California.

Besides, Jenny previously worked as an Australian awareness campaign organizer for Women for Wome International from Jan 2010 to August 2031. She was also a project and communication manager at the company called Roads and Maritime Service.

In addition to that, Natasha’s mother excelled academically too.  Some of the prestigious colleges Jenny attended are New York University and Harvard Business School Online.

Natasha Bassett is an Australian-born actress: Her Movies and TV Credits

Born and raised in Sydney, New South Wales, Bassett gave her first audition at the age of 14, where the emerging actress snagged the lead role in the Australian Theater for Young People’s production of “Romeo and Juliet.” She later attended the National Institute of Dramatic Art and started performing under the Australian actor and producer Cate Blanchett.

After working in a handful of Australian on-screen projects, Natasha went to New York City to study at the Atlantic Acting School. Soon after, she moved to Los Angeles for playing the role of Chloe in the TV series Camp.

Her other TV credits include In Your Dreams, Here’s Your Damn Family, and more.

Her Role in ‘Britney Ever After’

The actress is predominantly known for her leading role of Britney Spears in the Lifetime biopic drama Britney Ever After ((2017). She later told Us Weekly what attracted her the most to do the movie is, “that it’s truly a feminist story at its core.”

However, the film became a super flop and it mostly gained negative reviews from critics and fans.

Continued Roles in Movies and TV

Although the film went flop, Natasha has continued playing roles in both films and TV. In 2017, the actress played in two short movies The Regulars and House by the Lake. The following year, Bassett also worked on multiple projects like But You Look So Good, Spinning Man, Desolate, and Exit.

Additionally, Elon Musk’s rumored girlfriend worked in a couple of TV series in 2020 like The I-Land, Operation Buffalo, and Minutiae. Meanwhile, her upcoming projects are Elvis and Love Lust Longing.

Natasha Bassett is a Screenwriter Also

She is an avid baker. She once told Vogue Australia,

“I love to bake. When I was waiting to hear about whether I got the Hail, Caesar! role, I baked everyday waiting to find out, just to get my mind off it.”

Besides, Natasha also loves to play the piano and guitar.

As per the estimation made by some reliable sources, Natasha Bassett has an estimated net worth of $1.5 million as of 2022. She has racked all the money from her work in the film and TV industry.

On the other hand, her reported boyfriend Elon Musk has a fortune of $225 billion in Feb of the year.

The Britney Ever After actress is an active social media user. She has over 32.8k followers on her Instagram account, while her Facebook followers are over 1.5k.

Who Is Jo Koy Wife? When Did He Get Married? All The Details Here