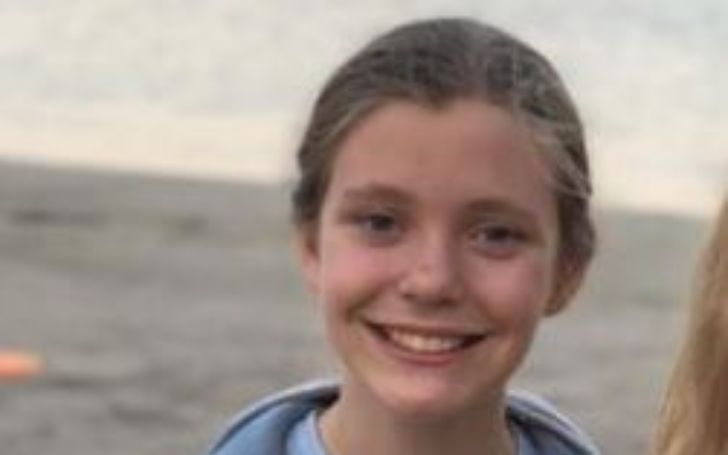 Isabella Louise Astin is the youngest daughter of Sean Astin, and his long-time wife Christine Harrell. Her father has starred in many hit TV shows including Stanger Things, Teenage Mutant Ninja Turtles, 24, Lord of the Rings, Law & Order, and many more.

Besides, the young Isabella mostly known as Bella is already in her teenage, and many people are eager to know her relationship status, what path would she choose in the upcoming days, social media activeness, and so on. Well, you have come to the right place, where you can know the untold, frequently asked questions, and interesting facts about her life.

So, shall we get started on the journey of exploring the life of Sean Astin’s youngest daughter? Let’s begin.

Isabella Louise Astin Has been A Helping Nature Character Since Her Childhood: Know About Her Age, Birthday

Isabella Louise Astin was born on July 22, 2005, in the USA. As of 2023, the star kid is 17 years old. As mentioned above, her parents are Sean Astin (father), and Christine Harrell (mother). She was born premature, one month before her due date, weighing 5 lbs., and 4 oz

Besides, talking about her ethnical background, she belongs to Irish, German, English, and Ashkenazi Jewish (paternal grandfather).

Aside from this, Sean and his wife Christine are really proud parents of their daughter, Isabella. In fact, she has seen lending a hand in her parents’ work as much as she could. While recalling how she makes the work seem easy, the Monk star took to his Instagram with a post and captioned it,

“A thrilling moment…Casting my vote for Hillary Clinton to be our First Woman President of the United States!!!! Special thanks to my youngest of three daughters, Bella (11) who helped keep me on track.”

Moving on to the details regarding Bella’s academic qualification, she is yet to join a college. She studied high school at Oaks Christian High School, Los Angeles, from where she will graduate in the year 2023.

Apart from this, talking about her family background, she is the paternal granddaughter of actress Patty Duke and American rock promoter Michael Tell. Similarly, Bella’s maternal grandparents are Nancy Miller and Frank Harell.

Siblings: Her Elder Sister Is An Actress

Isabella has two older sisters. The eldest, Alexandra aka Ali was born on November 27, 1996, in California, USA. Similarly, her second elder sister Elizabeth was born on August 6th, 2002. Unlike many celebrity parents’, Astin kept the same middle name “Louise,” for all of his daughters.

The eldest among them also known as Ali has already made a name of her own in the film industry. Well, Ali has starred in TV projects including, The Lord of the Rings: The Return of the King, Bad Kids of Crestview Academy, Apocalypse Society, and many more.

In the late 1980s, in West Hollywood, California, her paternal grandmom Patty Duke became a part of the gay pride parade. Similarly, the actress wasn’t afraid of anyone, even after receiving many death threats, she didn’t back down. Meanwhile, Patty loved, celebrated, and honored gay rights.

In the above-mentioned picture, the great-looking guy is Sean’s stepdad, a sergeant first-class U.S. Army Ranger, Michael Ray, and the lady in the picture is Bella’s grandma.

Just like Paty, her son Sean also stands for the rights of the LGBTQ community. Astin is also against anti-gay judgment, and he has even marched anonymously late at night with the LGBTQ protesters.

On June 13, 2016, the Staying Together actor shared a post of his mom and stepdad going in a protest, and also disclosed the reason why he also chose to do the same. He wrote the caption,

I did this because I remembered my Mother’s example. She was not indifferent, passive, or blind. Today, in my Mother’s name, I Say NO MORE! Let every Freedom Loving American lift up our LGBT brothers and sisters. Let us scream from the rooftops so that it echoes through eternity…You are not alone. We stand with you now and forever.

Relationship Status: Is Isabella Louise Astin Romantically Linked With Anyone?

Isabella is still single and living a happy life with her parents and siblings. As a matter of fact, Sean’s youngest daughter is a teenager, and many thinks at her current age she is probably dating someone.

But, the situation seems to be the polar opposite as Isabella isn’t linked with anyone romantically. We can assume that she is mostly busy with her schooling, and having fun with her family.

How Long Has It Been Since Isabella Louise Astin’s Parents Started Dating? Also, Know About Their Marriage

Isabella’s parents, a long-time married couple are now together for three decades. Besides, Bella’s parents first met during her father’s promotional tours in several countries like Thailand, Singapore, Japan, and Hongkong. However, it is claimed that their initial meeting wasn’t face-to-face. According to Sean, when he was relaxing in the bathtub of a fancy hotel in Tokyo, he got a phone call.

On the other end, it was his future wife. Christine at that time was working for a commercial agent in Beverley Hills and made the phone call to arrange a meeting for Sean in Japan. At some point, it is believed that both fell in love at their very first face-to-face meeting in early 1991.

On July 11, 1992, after dating for almost a year, Isabella’s parents eventually walked down the aisle at her grandma Patty’s Idaho farm. Besides, on the occasion of the 35th Anniversary release of “The Goonies 4K Ultra HD”, there was a competition to post a throwback picture of yourself alongside your first friend. The winner would later get a chance to virtual hang out with the cast of the movie, Sean Astin.

Well, he updated the news through his Instagram account with the throwback picture of him and his now wife. The caption relating to his wife was,

“She was then my girlfriend and now wife of 28 years. Totally counts!!!”

Apart from this, since their love began to blossom, and ever since their marriage, the couple is leading a blissful relationship and has the same bond they have had from the start.

Is Isabella Louise Astin Following In Her Parent’s Footsteps?

Isabella doesn’t seem to be involved in any type of work. As we have said before, the 17-year-old is focused on her studies rather than giving time to establish a career. Meanwhile, her mom Christine works as a film producer.

Isabelle might not be working in showbiz as of yet, but one of her sisters named Ali, has already begun following in their parent’s footsteps. Yes, she is actually an actress, with a number of acting credits. Besides acting, the eldest daughter of Sean has also chosen multi-career like modeling, singing, and many more.

Net Worth: Has Isabella Started Earning For Herself?

As mentioned above, Isabella is yet to start a career so it is not possible for her to earn a living for herself. Thus there is not much to say about Isabelle’s net worth.

On the other hand, her father Sean has an estimated net worth of $10 million as of 2023. He has been earning money for his family through his career as an actor.