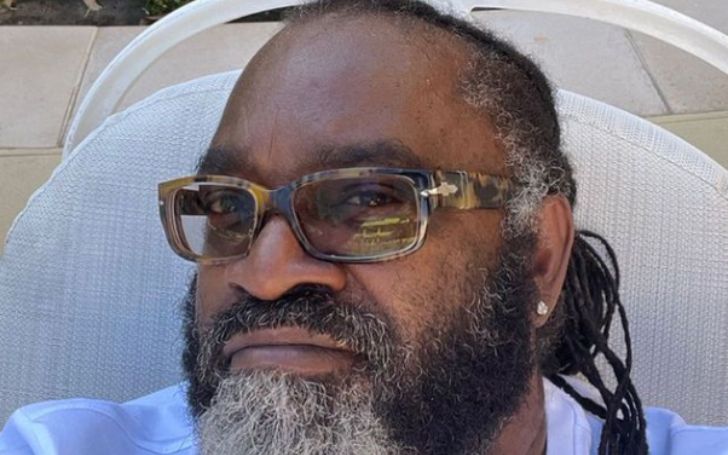 Kazembe Ajamu Coleman only came into the spotlight as the father of the multi-talented actress, Zendaya. As his daughter rose to fame in 2009, Coleman became the Spiderman: Homecoming actress’s full-time bodyguard and manager. He indeed is the greatest and the most supportive dad to his actress-cum-model daughter. In addition, Kazembe is also a music producer and CEO of KZC Entertainment.

As many may not know, Kazembe Ajamu is the father of six children, including the Euphoria actress. Besides Zendaya, Ajamu shares a deep and loving bond with all his five kids. However, did you know that the five are Zendaya’s half-siblings? Her dad has been married as well as divorced multiple times.

Therefore, this article is all about Zendaya’s lesser-known father, Kazembe. Here are details on his parents, dating life, and more. Lets’ find out all the unknown facts here!

Kazembe Ajamu Coleman Is An American With African Lineage; Information On His Early Life

Kazembe Ajamu Coleman was born on 10th February 1960 with a different name Samuel David Coleman but later changed his name to be closer to his African heritage. Furthermore, according to Zendaya herself, her parents’ roots belong to German and African roots.

“I’m from Africa, as well as I’m from Germany. I’m very proud of that.”

The actress also described her name,

“I have my African first name. I have a middle name, that is [my mom’s] middle name which is French, but we did an African spelling. So, it’s literally me in a name.”

Besides, “Kazembe Ajamu,” her dad Samuel’s African name also has a deeper and special meaning. His first name, Kazembe, means “He is an ambassador,” and his middle name translates to “God of strength.”

Who Are Kazembe Ajamu Coleman’s Parents?

Very little is known about Kazembe Ajamu’s parents. He has kept them a secret for a long time now. However, we do know that his mom and dad are from Oakland, California, where Coleman was also born. In addition, sources confirm that his mother’s family came from Nigeria, and his dad’s from Macedonia and Iceland.

While there isn’t a single detail of his dad, Kazembe occasionally shares his mother’s pictures on his Instagram. Back in May 2022, the music producer shared an old photo of his mom on the occasion of her 93rd birthday. He wrote,

So, it is safe to say Coleman’s mother is still alive and the son-and-mother duo has shared a strong bond together.

After this, Coleman continued his further study in California and graduated with a degree in Bachelor of Arts in Physical Education in 1982.

Since Zendaya’s dad had a degree in Physical Education, Ajamu initially pursued a career as a gym teacher in a local school. His daughter once told US Magazine that both of her “parents are teachers so I always had to take school very seriously.”

But, the celebrity father later left this the ob as his young daughter rose to fame in the entertainment industry.

Along with his daughter’s exponential growth, Kazembe Ajamu Coleman also became Zendaya’s full-time bodyguard. He then started traveling a lot with his daughter to many events, keeping an eye on her interactions and deals. He, thus, gradually started working as her manager and still works in the same position.

Moreover, according to his Instagram, Coleman is the CEO of KZC Entertainment – a managing consultancy. He has been with the company since the beginning of the year 2018 as per his Linkedin bio. As per his Insta bio, Zendaya’s father Kazembe is also a performance coach and music producer.

Kazembe Ajamu Coleman Was Married To Zendaya’s Mother For 8 Years: Who is His Wife?

Although it is still a big question how Coleman met his second wife, Claire Stoermer, many believe that the music producer met his former love, Claire while working at school. Over and above that, it is confirmed that the duo was together for a very long time before tying the knot in 2008, in a family-oriented wedding ceremony.

What Led To Zendaya’s Parents’ Divorce? Is It True That They’re Still Friends?

After eight years of being husband and wife, the parents of the Disney actress Kazembe and Claire parted ways in 2016. According to TMZ, his spouse Claire Stoermer filed for a divorce from her long-time lover, Kazembe.

So, what happened? The exact reason for the divorce is unknown. However, the legal documents cited “irreconcilable differences” for the separation. Following the divorce, it was reported that Zendaya’s mom did not seek spousal support from her dad. Even more so, Stoermer did not also wish the court to award her then-husband any from her side.

Zendaya, popularly known as MJ from the new Spiderman series today, also posted a photo with her parents after the news of their divorce went online. She wrote,

“My parents ain’t been together for a long time, y’all didn’t know cause we private+they still homies #lateassnews.”

It has been almost 12 years since Kazembe separated from Claire, however, they still are the best of friends. In addition, they still look after their only daughter, Zendaya with full love and support.

Kazembe Ajamu Coleman Was Married Before Marrying Zendaya’s Mother; He Has 5 Kids From His First Marriage

Before Claire, Kazembe was married to another woman. Even so, it is very hard to find who the woman was and how long Kazembe Ajamu Coleman was married to his first wife. Well, long enough to have 5 kids.

That’s right, Zendaya has 5 half-siblings from her dad’s first marriage. Her father has 3 other daughters and 2 sons. Austin Coleman and Julien Coleman are Zendaya’s brothers, while Katianna, Annabella, and Kaylee are her sisters.

However, the other Coleman siblings aren’t as well-known. Austin, who is Kazembe’s oldest son is an actor like his sister, however, is a very private guy.

As we said earlier Coleman has shared a great relationship with all of her children. He also often shares about his kids on his social media handles too. He is also a grandfather now. In July 2021, Coleman shared a beautiful family photo with his grandchildren.

Is Kazembe’s Youngest Daughter Zendaya Close To Her 5 Half-Siblings?

Despite being an outsider, Zendaya seems to be very close to all her half-siblings. She is often seen spending quality time with them and loves them all deeply.

Even more so, the Emmy Award-winning actress once revealed in an interview how she looks up to her elder sister, Katianna. She said,

“I look up to my big sister and realize the influence she’s had on me and making me a better person. Having such a big, grounded family, I realized as you get older how important that is.”

Similarly, she shares her career with her eldest brother, Austin, which we think is quite nice.

Kazembe has kept most of his personal details to himself lately but we came to know that the celebrity father is currently in a relationship with his new partner. Although the name of his new love is yet to be revealed, there are a couple of images of the duo on his Instagram.

Back in Feb 2020, a young girl named Maleaha Winfrey shared a photo of Kazembe and his partner on her Insta. She described them as a “Beautiful couple,” in the caption.

So, it looks like the two are in a relationship for over three years now. But, have they married? The answer to the question is Yes! Like their early love life, they have remained confidential when it comes to their marriage. But, since the music producer mentioned his new wife’s mother as his “mother-in-law,” on his Instagram post, it is safe to say, they are husband and wife for a few years now. In an Instagram post, Coleman posted with his mother-in-law in August 2022 wrote the caption,

“Reunited with my mother-in-law forever!”

Where Is Mr. Coleman Today?

62-year-old Kazembe Ajamu has had quite a life. From becoming a gym teacher to CEO of a talent agency, his career took great turns. Today, Kazembe lives a happy and wealthy life in his house in LA, California. He is the greatest dad to all of his 6 children.