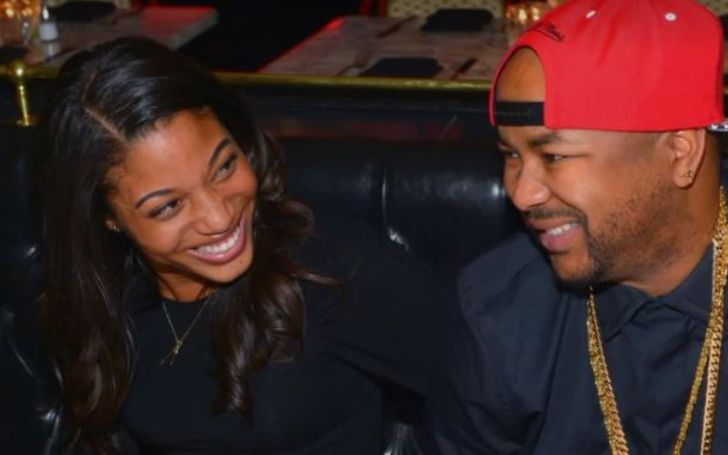 Lalonne Martinez is a businesswoman and the mother of four children of singer, songwriter, and record producer, The-Dream (original name, Terius Youngdell Nash).

Martinez’s husband, The Dream is a man responsible for writing many of Beyoncé‘s biggest hits like Single Ladies, Run the World, Partition, Love On Top. Equally impressive is the fact that he is also the provider of words for other chart-toppers including Justin Bieber’s Baby, Rihanna’s Umbrella, Britney Spears’ Me Against the Music, and Mariah Carey’s Touch My Body.

While Martinez’s husband to many might turn out to be an unsung hero for giving the music industry decade-defining songs, her own identity is somewhat more unspoken of. Though being the wife of such a heavy artist, she is bound to have a story of her own. Read all those in the headings that are to follow.

Who Is The Dream’s Wife, Lalonne Martinez?

Lalonne Martinez, a Virgo, was born on Aug 31, 1986. The elder sister of Annika is the daughter of  Lavonda Jackson and a Hispanic father who was also in the army.

As for the living, Terius’ wife apparently is an entrepreneur who has a line of home decor by the name, The Nash Home Estate mostly providing scented candles.

Lalonne Martinez Relationship With Her Husband, The Dream

In an interview with Madame Noire, The Dream once revealed he met his current wife, Martinez at his friend’s office and they hit it off quite immediately.

The-Dream says his third marriage to the now 35-year-old, LaLonne is different from his previous ones because there’s no drama. He once said he doesn’t bother to call his current wife to see what she’s up to, and it doesn’t bother her at all. That’s why, he concluded, he and Martinez work together so perfectly.

Where Did Martinez And Her Husband The Dream Meet?

While Nash says he has no clear recollection of how and where he met Martinez, the existing wife of his claims they met in crossing at the office of one of his friends.

The couple in an interview stated the encounter was just kind of random where they weren’t seeking out each other. The parents of four kids added their first time meeting was just one of those things where they were free and the Umbrella lyricist was like, “Aye, you’re cool. I’ve had enough drama.”

They, though, didn’t publicize their romance right away. After keeping it secret for a while, they hinted at their relationship in May 2014 when they each shared matching Instagram posts on their respective accounts.

First LaLonne shared a silhouette picture of the Grammy winner on her Ig in early May 2014. Two weeks later, the North Carolina-born record producer, too aired similar imaging of Lolanne on his Instagram.

Their First Public Appearance As A Couple

The R&B producer and songwriter first appeared in the public with Martinez in Sep 2014.

The outing was during the court appearance of Terius Nash for allegedly pummeling and kicking his then-eight-months pregnant ex-girlfriend, Lydia Nam at The Plaza Hotel in April of 2013.

The following year, the Love King singer reportedly asked Lalonne to marry him in May 2014.

Two months later, the duo tied the knots in a low-key ceremony in July 2014 at San Francisco City Hall. Amidst the marriage of Martinez and the IV play creator, the latter was still facing charges of assault from his ex-partner, Nam. The case though ended by the time Martinez and her husband had their first kid.

Lalonne Martinez And The Dream’s Children

Together, Lalonne and her songwriter husband are parents to four children.

Lalonne once disclosed her conception of Maverick was a rather surprise to them, as she was on an IUD when it happened. The couple later agreed it was meant to be.

Also, during the delivery of their fourth child, daughter Elysees in May 2019, Lolanne went through some difficult health challenges.

While she successfully welcomed Elysees, Ms. Nash “lost a lot of blood” and underwent ‘five blood transfusions’ after her emergency c-section due to a ‘placental abruption.’

Martinez also revealed she dealt with a host of health issues like high blood pressure, pain, and fever following their daughter’s birth. Later, Lalonne on her Insta posted,

‘This birth was by far the hardest.’ She though added,

“Our baby girl [is] doing well…She is a fighter and she is thriving. Baby girl you are strong, you are fierce, and you are so loved.”

The couple afterward posted photos of their baby girl resting in the incubator.

The Dream and his third wife additionally revealed they had their daughter, Elysees eight weeks early, weighing 3lbs.

How Many Kids Does Martinez’s Husband Have?

Martinez’s significant other, The Dream, in total, has nine children.

He has three children (daughter, Navy Talia Nash, and twin sons, London and Christian Nash) with his first wife, singer Nivea (Don’t Mess With My Man singer), to whom he was in a marital tie from 2004-2008. He likewise has a daughter, Violet Madison Nash with singer Christina Milian to whom he was a husband from 2009-2011.

His fifth child, a son (name yet to be disclosed) was born from his brief romance with Lydia Nam.

Lalonne Martinez Is Friends With Her Husband’s Ex-Wife

Apparently, Lalonne is also on a friendly term with her husband’s ex-wife, Christiana Milian.

In fact, Milian and Martinez once went on a blended family vacation in Puerto Rico along with Nash and their children. Later, the former even went on to share a vacation picture on her socials. She stated she was grateful for her co-parenting friendship with Martinez.

Further, The Bring It On: Fight To The Finish actress has spoken highly of her positive co-parenting relationship with The-Dream and his present spouse.

“My ex-husband and his wife [Lalonne Martinez] are fantastic people and we do great co-parenting — international, state to state, and all of it. We’re able to make it work and put our daughter first,”

the singer said while talking to SheKnows in September 2019.

Martinez Helped The Dream Produce His One Album

While the R and B artist fully wrote, produced, and recorded all 13 songs of his seventh studio album: SXTP4, Mr. Nash also had Martinez on his side to help him with the filming and directing his own music videos.

The couple allegedly worked together during quarantine and from the comforts of their home in the infamous pandemic 2020.

Sources report the dad of Lalonne Martinez’s four youngsters is at present the owner of a net worth more than $50million. The figure – he amassed all through his musical career- that has been on the run since the mid-90s.

The confirmation of his sumptuousness is likewise very clear from the over-the-ordinary life The Dream parades on his socials.

He has regularly awestruck his supporters be it cruising with his family on colorful excursions, hanging out in extravagant night outs, or giving his current spouse overtly expensive things.

Theodora Holmes Is The Wife of Troy Polamalu: Know Everything About Her

Who Is Cylia Chasman? All About Her Dating Life With Jack Dylan Grazer