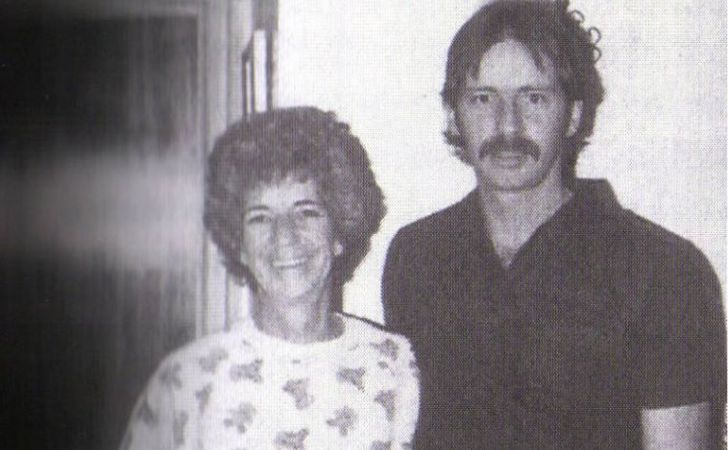 Rosalie Jean Willis was a waitress by profession but she was famous as the first wife of infamous leader Charles Manson. Along with living with the burden of being the wife of a monstrous husband, she endured the death of all of her three children before she rests in peace.

Well, her life had been under constant scrutiny and many still are curious about her because of the life she lived. In this article, we will discuss everything about Charles Manson’s first wife, including her children, their death, and much more.

Join us if you want to learn the story.

As we said, Rosalie Jean Willis was the first wife of American criminal Charles Manson. She was born on January 28, 1937, in the United States. She was the daughter of a father Clarence Willis and Virginia McNich. Born as the third child among the four kids of her parents, Rosalie had a very ordinary upbringing.

Growing up as a child, she spent most of her early days in Benwood, West Virginia, along with her parents and siblings. Well, the 84 years old had two older sisters Amy and Eileen, and a brother named Clarence “Buster” Willis.

Unfortunately, none of her parents or sibling are alive. Besides, for her ethnicity, Rosalie was Caucasian and had an American nationality.

Beautiful Rosalie Jean Willis married Charles Manson on January 7, 1955. Their wedding was held in a closed ceremony in Nazarene Church and was attended by close friends and family. And the most interesting thing is that Rosalie was merely a 15 years old teenager when she tied the knot with Manson who was reportedly 20.

The former couple met for the first time in a hospital, where Willis worked as a waitress. Well, their meeting was a serendipitous act, where Charles, who was a small-time auto mechanic and a car thief, had to move to Charleston, West Virginia, with his mother Kathleen Maddox. There, Maddox happened to befriend Rosalie’s father, setting a foundation for the infamous marriage.

But the most interesting fact is that Willis married Manson despite knowing he was a thief. Her belief that she could change him after marriage, soon become an unaccomplishable goal. Thus, she filed for a divorce three years into marriage in 1958, which was finalized the same year.

Her Son With Manson Killed Himself

In a marriage with Charles Manson that lasted three years, Rosalie Jean Willis gave birth to a son named Charles Manson Jr. in 1956. She was just around 3 months pregnant when Charles was sent to Terminal Island prison in San Pedro, California, for passing a stolen car across the border.

While her then-husband was away, she single-handedly took care of the kid, until her mother joined her. As her kid grew, Willis settled with another man and move to a different city. But her oldest son couldn’t overcome the repercussions that came along with a tag of being a criminal’s son.

Eventually, around the age of 37, he shot himself in the head.

She married Twice After Divorce From Charles

Rosalie was not just married to Charles. Rather, she married twice after divorce from him. She married for the second time to a man named Jack White. Though she has not revealed when exactly she married Jack, they reportedly had a decent but brief-lived relationship. They divorced in 1965 on mutual terms.

From their marital relationship, she had two children. She welcomed her first child Jesse J. White in 1958, whereas her second child was born in 1959.

After divorce from the second husband, Willis married for the third time Warren Howard “Jack” Handley. They had a sound relationship together but that was not meant to last very long. Things got even worse for her as she had to see all her kids die in front of her eyes.

It is hard to imagine the pain Rosalie went through but she endured it all. In her life, Rosalie had to see all the kids die in front of her eyes. Other than the death of Charles Manson Jr., who she has renamed Jay White (after her second husband), her kids from second marriage too lived a similar fate.

The tragedy began with the death of her 11 years old son Jed in January 1971. His death was reportedly an accident where her friend shot him in the gut while playing.

Likewise, her second child Jesse was found dead at the age of 28 in his car. As per the reports, he along with his friend had been drinking at a bar in Houston, Texas, the night of his death. His death was claimed to have happened because of a drug overdose.

After all the tragedy Willis went through, her grandson Jason Freeman, son of her late son Charles came to the rescue. Her grandson has finally led the fate of the family in a different direction. He is a successful cage fighter and a kickboxer, giving a new identity to the family.

A child who had to see his father pull the trigger in front of him is now an established man. We wish him more and more success in the days to come.

What happed to Rosalie Jean Willis? Her Death

Rosalie is no more with us. According to Find a Grave, she passed away on August 21, 2009, almost 11 years after the death of her third husband in 1998. She reportedly died from the complication caused by lung cancer. At the time of her death, she was at her home in Tucson, Arizona. And Rosalie’s age was 71 at the time. She was buried at Southern Nevada Veterans Memorial Cemetery Boulder City, Clark County, Nevada.