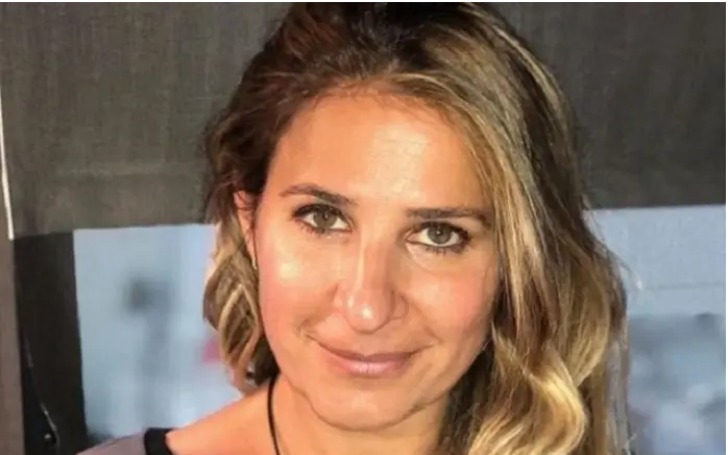 Vera Steimberg is a professional make-up artist and fashion beauty expert in the Hollywood industry. Her work got recognization after her make-up looks for Gamora in the sensational Marvel movie Guardians of the Galaxy. Besides, she is also known as the ex-wife of renowned American cinematographer Daniel Moder.

The couple had a very controversial split. Many people believe that they split because of the Academy Award-winning actress Julia Roberts. So, what is the truth? Further, did she marry again after her split from her ex-spouse? Where is she now?

Stay with us to find out other interesting facts about Vera Steimberg including her personal life, controversies, net worth, and more.

The beautiful Vera was born in 1973, in  Buenos Aires, Argentina. The famous make-up artist is currently 49 years old as of 2022.

Although the celebrity make-up artist is quite active on social media, she stays tight-lipped about her personal life. She has not disclosed any details about her parents and siblings yet.

Having said that, there are reports that she grew up in a middle-class family along with her parents and has a close bond with them.

Steimberg was interested in art and fashion from an early age. Well, following her love for artistic works, she first started as a makeup assistant. Soon after that, she made it into the mainstream Hollywood film industry working for A-list actors.

Going through her social media we can see that she works as a personal makeup artist for the actress Zoe Saldana who is famous for her role as Gamora in the Marvel movie Guardians of the Galaxy. She has also won many awards for the best hair and makeup in different movies.

Vera Steimberg and Daniel Moder both were involved in the Hollywood industry when they met each other. Daniel used to work as a cinematographer and Vera used to work for the hair and make-up team. They instantly connected when they saw each other for the first time.

The couple exchanged vows in the year 1997, in an intimate wedding ceremony. Unfortunately, the duo could not last their marriage for a long time. They had quite a controversial break-up and they finally parted ways in 2002.

Danny And His Ex-Wife Vera Had a Scandalous Break-Up

Daniel Moder and Vera had a public break-up back then. Vera revealed that the reason behind their split was the actress Julia Roberts. She even claimed her to be a “husband stealer”. Vera said in an interview that,

“I will never forgive her, she was desperate to get him down the aisle, “

“It won’t last anyway. She will be looking for a new husband within a year. Danny cheated on me and he will cheat on her.”

As per some authentic sources, Julia Roberts and Daniel had met each other on a set. At that time, she was dating actor Benjamin Bratt. However, that did not stop Julia from having an eye on the charming camera guy Danny. Meanwhile, Daniel was recently married to Vera. But, he was helpless when he met the love of his life, Julia.

As per Vera, she tried to fix this marriage. She did not want to get away from her husband. Sadly, she couldn’t hold him for a long time after Juila started calling her husband daily. As per reports, Roberts had to provide Vera with a hefty amount of $200,000 to let her husband go.

How Did Julia Roberts Respond To Vera’s Accusation?

Julia disclosed that the accusations made by Vera were false. She says that she did not do anything to break their relationship.

In an interview with Oprah, Roberts claimed that,

“No. I’m an easy person to point the finger at—”She did it”—and I see that. I don’t begrudge people the easy finger-point. It just doesn’t happen to be so.”

Although Julia made claims that she was easy on the situation, her actions did not match her words. On March 22, 2002, Julia was spotted wearing a T-shirt with a caption written ” A Low Vera” on it. Fans and followers clearly understood her frustration as Vera was not settling down for divorce.

Talking about her Ex-husband Daniel tied the knot with his love Julia Roberts on July 4, 2002. It was a midnight ceremony just after some days of his divorce from Vera. They have been together for two decades as of 2022.

Vera Is A Mother To A Child

The beautiful Vera is the mother to her beautiful baby boy named Lucas. She gave birth to her son two years after her divorce from her ex-hubby Daniel in the year 2004. She welcomed her child with her then-boyfriend Guillermo.

When asked how she felt about having a baby she replied,

“I don’t feel anything about Julia because my baby is more important right now,”

What is Very Steimberg Doing Now?

Vera is still active as a make-up artist in the Hollywood industry. She is often seen with actress Zoe Saldana. She is currently living with her son in the United States.

Vera has been able to amass quite a good amount of fortune throughout her life. Her estimated net worth is around $3 million.

Her major source of income is her career as a make-up artist. Furthermore, she received a good amount of money after her divorce from her ex-husband Daniel.

Vera Steimberg seems to be very active on her social media handles. She maintains quite a good engagement on her Instagram handle with over 10.3k followers under the name @makeupbyvera7. She mostly posts about her work and makeup on her pages. Vera is also available on other social platforms like Facebook and Twitter.