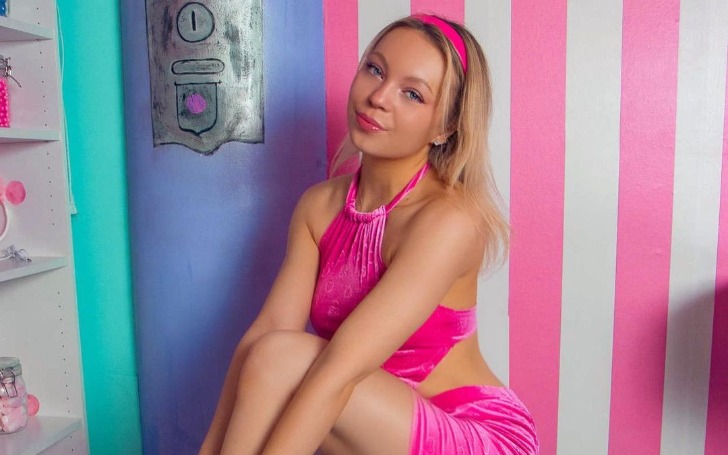 Madison Willow is a model, and actress known for Hellarious (2019), The Split Mind (2016), and The Dark Prince. She is also a social media star with a huge fan following on her social media account.

Besides her career, she rose to prominence as the ex-girlfriend of the most famous magician Julius Dein. The couple dated each other around the year 2016. Just after a year of their romance, Madison and her former boyfriend, Julius announced their separation by posting a three-minute video on Julius’ Youtube channel. Well, why did the couple break up?

Here in this article know the detail about Madison’s relationship and break-up with her famous former boyfriend. In addition, we will also add early information about Madison Willow alongside her professional life. Have a closer look.

How Old Is Madison Willow? All About Her Early Life Details

As of 2023, Madison is 24 years of age. She was born on November 23, 1998, in Los Angeles, California under the birth sign Sagittarius. Her mother is Jerri Lynn Sparks, an author by profession while her father’s information is not known in the media.

Similarly, Willow grew up in her hometown Los Angeles alongside her brothers Grant, Julian, and Jared. As for education, she is trained with the Upright Citizens Brigade.

Talking about her nationality, she is an American citizen and belongs to the white ethnicity.

Willow’s Mother, Jerri Is An Author

Madison’s mom Jerri Lynn Sparks is a writer. Born and raised in the Blue Ridge Mountains of North Caroline, Jerri later evolved as a poet and then continue her writing career to bring positive changes in people’s lives. As a writer, she has written essays in “Motherly Musings: Thirty Women and Men Reflect on the Roller Coaster Ride that is Motherhood” so that she can contribute to empowering young girls and parenting.

Moreover, Jerri has also worked as the national science writer for The Autism Science Foundation. In addition to her career, Willow’s mom is a former Congressional Press Secretary and volunteer firefighter.

Madison Willow Is An Actress: Her Career Detail

The California native began her acting career as a teenager through the 2016 short movie The Split Mind. After that, in 2017, Madison appeared as an announcer in The John Kerwin Kids’Show! and then in Sweat and Lunch Ladies.

Following her initial projects, Willow then performed as a Black Widow in the 2018 Super Hero Last Day of school. Further, she played the character Marilyn the Cheerleader in the 2019 movie Hellarious.

Apart from her work in movies, she is also a model. In her entertainment career, she has done a few modeling works for some agencies and skin care products. Moreover, as a model and actress, she is a content creator in the subscription-based social platform OnlyFans. To see her content in her OnlyFans account, she charged $14.99 for a month.

Madison Is Also A Musician

The actress has a huge interest in music which drove her to become a musician at a very young age. From the age of 13, she had already begun to take part in concerts and musical programs as a singer. On August 10, 2013, she posted an image of her singing together with her co-singer on her Instagram and wrote,

Alongside singing, she is also a guitarist. She beautifully plays the guitar and around the year 2016/17, she shared quite a few videos of her playing the guitar on her Instagram.

The Californian actress Madison dated the magician Julius for around one year. First, they came across each other through vlogging in 2016, in fact, Madison had joined Julius’ team as an assistant. But as time passed, the two ended up being more than team members. While together started making funny vlogs for Julius’ Youtube channel, and slowly and gradually, the couple fell in love and began dating each other.

During that time, the couple was loved by their audiences. Just on February 2, 2017, Madison posted the video of her and her then-boyfriend on her Youtube channel. Both of them were looking super cheerful with each other in the video however within a month, it came as a shock for their fans when the former flames appeared together in the YouTube vlog titled We Broke-Up to announce their separation.

Why Did Madison Willow End Her Relationship With Julius? Their Break-Up Story

As we mentioned earlier, the couple announced their separation by uploading three minutes video on the magician’s Youtube channel. In the video, Madison talked about the reason behind their separation was her grandmother’s illness. She said the two are ending their relationship because her grandma is over 90 and she doesn’t have much time to live which is why she has to fly back to her hometown. In the video, the two look extremely sad and it looked like both had mutual consent on their decision.

However, the real truth was not like it was shown in the February video. In August of the same year, Madison came forward with the shocking video on her YouTube titled ‘The Truth About Julius Dein’, in which she claimed that she was verbally abused by her ex-boyfriend Julius. And as a result, she decided to separate from him.

Just look at her video.

What Is Madison’s Current Relationship Status?

After parting her ways with Julius, Madison seems to be single at a moment. Lately, she hasn’t been interested in sharing her relationship status if by chance she is dating someone special. Going through her social media account, it looks like she is currently enjoying her popularity on social media and is occupied more with making her career.

On the other hand, her famous ex-partner, Julius Dein, after their break-up dated the social media influencer, Estella Berglin. At present, the two have also announced their separation.

The answer is No. The California-born actress has been busy making her career in Hollywood. However, people are confused about if the actress Madison has ever seen in Dr. Phil’s show in the title, Unforgettable Teens: Madison.

Let’s make it clear that Madison who appeared in Dr.Phil is not an actress and musician Madison Willow. Rather she was a marijuana-addicted teenager who was brought into the talk show by her parents for the therapy program.

As we said earlier, she is a model, actress, and musician. She is professionally involved in these areas due to her interest in them. Apart from these, she also loves skateboarding. In fact, her skateboard is much precious to her just like her family.

On July 11, 2017, she uploaded her photo in which she was seen hugging her skateboard. For the post, Madison wrote,

cuddling with the love of my life 💗…my skateboard, of course!!

After a while, she again showed her love for her skateboard by writing,

california sunsets and my skateboard, what more could a girl ask for?…a million dollars, a few dogs, a personal LA fitness in my house and a private jet but all that doesn’t exactly fit with the cheesy quote

More than her acting career, Madison came into the limelight due to her presence on Social media handles. She is hugely active on Instagram with 38.8k followers. Further, she is also on Facebook with 13k followers.

Likewise, Willow is equally popular on TikTok with 964.3k followers. But on Twitter, she doesn’t seem active at present.

As an actress and model, she has earned quite a decent amount. In addition, she is salaried for being a social media star as well. As a whole, she is reported to have an estimated net worth of $5 million.

Who Is Lili Reinhart Boyfriend In 2023? Is She Dating anyone? Her Love Affairs