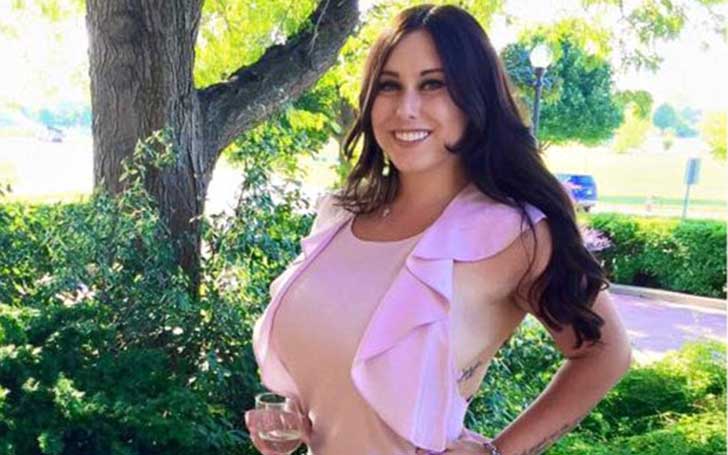 Alaina Marie Mathers is famously known as the daughter of Eminem. She is the adopted child of Eminem, and before she was a relative of the rap god before he adopted her.

Well, the rap god Eminem barely mentioned his adopted daughter Alaine in the public and she has kept herself away from the media spotlight. However, there are some interesting details you should know about her.

In today’s episode let’s know about Alaina in detail.

Alaina Marie Mathers was born as Amanda Marie Scott to mother Dawn Scott on May 3, 1993. The identity of her biological father is unknown as of yet.

Casmier Sluck and Kathleen Sluck are her maternal grandparents while Deborah L. Nelson and Marshall Bruce Mathers II are her adopted grandparents. On the other hand, her paternal grandmother’s name is Debbie Nelson-Mathers.

Adam and Patrick are her biological siblings born to Dawn Scott while Hallie Jade is Eminem’s daughter with his ex-wife Kimberly “Kim” Anne Scott. Likewise, Whitney is Kim’s child from another relationship whom Eminem adopted later.

According to TheThings, Alaina Mathers graduated from the University of Oakland with a degree in public relations.

Alaina Marie Mathers’ mother Dawn Scott was a drug addict. Dawn was found dead in the Motor City Trailer Park in Detroit, Michigan, in January 2016. Police confirmed her death was due to a heroin overdose.

Due to her drug addiction, Dawn became a vagrant and spent her final few years on the street. Meanwhile, talking to Radar Online months before her death, Dawn said how her sister and ex-brother-in-law left her to die on the street.

Furthermore, Les Martin, Dawn’s on and off boyfriend said he had tried his best to save her life. He said he had asked Kim to help her sister out, however, every time he called her she told him to let her go.

Since Alaine keeps herself completely away from the limelight, it is hard to tell if she has tied the knot. So far, the star kid has not made any public appearance with someone who could be called her husband.

Well, keeping all this into consideration, it is best to wait until she talks about her relationship status. Anyway, we would love to see her married to a husband.

She Is Dating A Boyfriend

Well, Alaine has a man in life. She is dating her boyfriend named Matt. Though they have not revealed when and how they met the duo are together for years now.

Just recently in December of 2021, her boyfriend even proposed her marriage. They have not revealed their plans for their wedding but they might tie the knot soon in the future. The couple even shared a post from the day.

The duo look amazing together.

Alaina is not Active on Social Media

On one hand, Eminem’s daughter Hailee indulges in his fame and is an aspiring social media influencer. Hailee has boasted more than 2 million followers on Instagram where she shares her photos that depict her lifestyle. However, Alaina doesn’t enjoy being in the limelight.

Eminem kept his children out of the media sight for years and now even after she grew up, Alaina loves being away from media attention. Due to this reason, she doesn’t use social media like Facebook, Instagram, and Twitter.

Meanwhile, there is some Twitter and Instagram accounts under her name. The social media handles also possess some photos of her with her siblings and even with her father Eminem, however, these accounts appear to be fake. Lots of Eminem’s fans and well-wishers have commented on the Instagram posts that the account is fake.

Alaina’s professional involvement is not clear as of yet. So, her income and net worth are also a mystery. Meanwhile, her father Eminem has a whopping net worth of $230 million. On the other hand, her mother, Kim has a decent net worth of $2 million as of 2020.

Like most celebrity kids, Alaine Marie Mathers is on social media. She is active on social media, especially Instagram. As of 2022, she has around 32.3k followers on her Instagram, where he goes by Alaina Marie. Moreover, she is also on Twitter.

Facts about Lakiha Spicer And Her Relationship With Mike Tyson