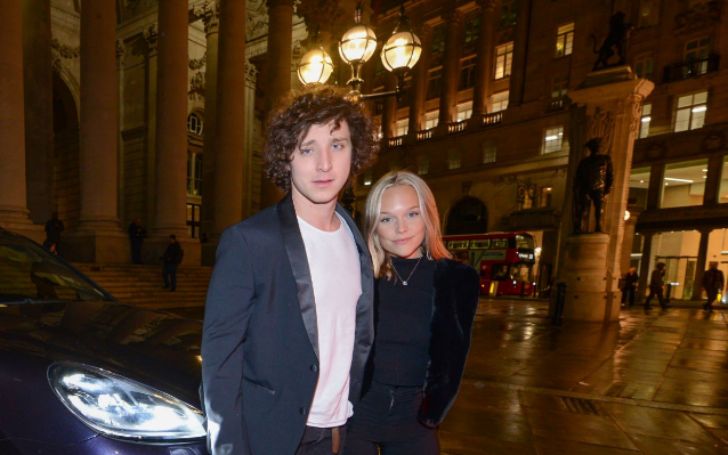 Julius Dein is a street magician based in London. For his eye-opening magic with hilarious comedy, Dein has also established a huge fan base on several social media platforms like Instagram and YouTube. He has over 8 million subscribers on his YouTube channel, while his Facebook account has amassed over 43 million followers.

Since Dine is one of the most known faces in the magic world, it is obvious that millions of his fans also want to know who is Julius Dein’s girlfriend. So, who is Deine dating at present?

Well, here is everything you need to know about his love life from his bitter break-up with his ex-girlfriend Madison Willow to his ongoing smoldering romance with his current partner Estelle Berglin. So, let’s find out it all together!

Who is Julius Dein’s Girlfriend?

Julius is now dating his girlfriend named Estelle Berglin. Like him, his partner Estelle is also a social media influencer with thousands of followers. She has over 764k followers on her Instagram. She mostly shares her promotional posts on her Insta.

Furthermore, Dein’s gf Berglin is also a YouTuber who has over 166k subscribers on her channel titled Swealife. She mainly shares tips and ideas about fashion, fitness, and lifestyle on her channel.

Yes, the power couple began dating in late August 2019. A year after the duo began their lovey-dovey, Dein celebrated their 1st anniversary by posting a series of romantic photos with his girlfriend. In this honor, the magician came up with a lengthy caption and mentioned his bae as his “gorgeoussss diamond amazing girlfriend” on his post.

“Happy 1 year anniversary to my gorgeoussss diamond amazing girlfriend Estelle Berglin who stole my heart at my Sweden show last yea Congratulations for tolerating me for an entire year. You deserve a BIG medal  ( all my friends will agree).”

He further wrote that his partner is also his “biggest supporter, my rock, my role model, and for making me a better person.”

In fact, Julius and his partner Estelle were in Cancún, Quintana Roo, a city in Mexico to celebrate their big day.

They Made Their First Official Public Appearance in Late 2019

The first time Julius Dein and his girlfriend Estelle came forward publically was when the duo arrived together promoting Joshua Kane, a Clothing store in London at The Royal Exchange in November 2019. The couple has since appeared together on several other occasions.

Likewise, they often appear spending quality time together on their social media handle. In Feb 2020, Dein and his partner Berglin were caught celebrating their vacation in Mexico.

Needless to say, since Estelle’s boyfriend is a prominent magician, Julius has already performed several magic tricks in front of his partner.

Prior to Berglin, Dein was previously linked to several other girlfriends. So, let’s talk about his past love affairs in the following headings.

Julius Dein Previously Dated Madison Willow: Who is His Ex-Girlfriend?

The magician who is from London Willow was in a romantic relationship with his ex-girlfriend named Madison Willow. The former flames first started posting their funny vlogs on Julius’ YouTube channel which has now over 8 million subscribers in 2016. The same year, they also began dating.

However, a year after in February, Dein uploaded a three-minute-long YouTube video under the title, ‘WE BROKE UP.” In the clip, both Dein and his ex-partner appeared. Dein’s former gf also said they broke up only after Willow went back to the United States to take care of her grandmother who was ill at the time.

The same year, in August, Willow came up with another video titled ‘The Truth About Julius Dein.” In the clip, London said her former beau verbally abused her and only took advantage of her. She further added that her then-beau “never loved me.”

In addition to his short-lived romance with London, the 28 years old magician also reportedly dated an actress Amber Doig Thorne. However, neither of the parties has confirmed their relationship to the public.

Similarly, the magician was once rumored to be dating an American singer-songwriter, Lauren Jauregui in 2015. The speculation about Dein dating his reported girlfriend Lauren first came out when the two were spotted together partying with One Director.

Before that, they already enjoyed a few hiking dates and even went to Coachella with their friends. On this occasion, Julius even shared a throwback photo of his friends mentioning his rumored-partner Jauregui in the clip in August 2015,

Nevertheless, they never confirmed whether they were ever a couple or just friends.