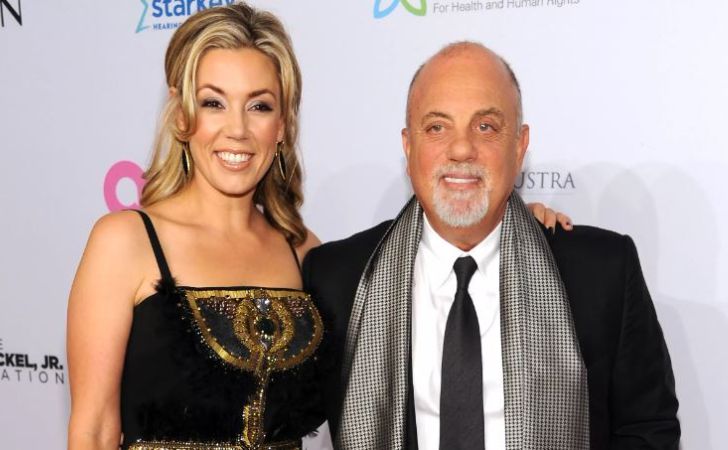 Alexis Roderick is an equestrian and former Morgan Stanley executive. She made it to the spotlight with her romantic relationship with The Stranger singer Billy Joel.

She is the wife of singer-songwriter and pianist Billy Joel. After three failed marriages, Billy exchanged vows with Alexis and they’re now enjoying their marital life. In their relationship, the pair is also a parent of two kids.

Today, tag along with us to know more about the couple’s romantic journey. Also, learn more about Alexis’ successful career as well as her net worth here.

The mother of two has Irish ethnic descent and holds American nationality. Besides this, Alexis has kept information related to her family and siblings away from the limelight.

Moving on to her educational qualifications, she graduated from Stony Brook University with a degree in political science, economics, and Latin America.

What Does Alexis Roderick do?

After graduating from college, Roderick began working as a broker for Morgan Stanley Smith Barney Firm in Garden, New York City. Later on, she became one of the registered members of the Broker-Dealer Registered Representative.

Moreover, she has over 8-years of experience as a finance professional. Apart from this, Alexis is also an experienced equestrian who took part in several tournaments. Likewise, she was once an active member of the United States Equestrian Federation.

Since her marriage to the singer-songwriter, both of them share the same love for horses. They were even spotted at the Palm Beach International Equestrian Center watching the Winter Equestrian Festival.

How Did Alexis And Billy First Meet? Their Surprise Wedding Details

The parents of the two first met in 2009 at a restaurant in Huntington when Roderick was 29 and Joel was 60. And despite their age gap, the pair became good friends and started dating eventually.

After dating for about seven years, the love birds surprised their family and close friends with their wedding on 4th July 2015. They exchanged their vows at their Long Island property in front of family and friends who were gathered for a reunion.

As per People, the wedding was attended by Billy’s daughter Alexa Ray, actor Kevin James, and was officialized by New York Governor Andrew Cuomo. Alexis was 33 and Joel was 66 during the time of their marriage.

Joel’s second wife Christie Brinkley congratulated the then-newly-weds with an IG post and captioned it with “Congratulation to the glowing bride and groom… And to my daughter Alexa, who has a wonderful friend in Alexis! Wishing the growing family every happiness!”

Just a month after their surprise wedding, Alexis and Billy welcomed their first child Della Rose Joel on 12th August 2015.

Before having Della Rose, Billy said during an interview with Newsday,

Similarly, they welcomed their second child, Remy Anne Joel on 22nd October 2017. Together the family of four resides on Centre Island in Oyster Bay.

Not to forget, Alexis is the stepmother to Alexa Ray Joel, Billy’s daughter from his second marriage with model Christie Brinkley.

On 5th December 2009, the then 23-year-old Alexa Ray was rushed to St. Vincent’s hospital in Manhattan after taking a huge number of sleeping pills. As per police reports, she attempted to commit suicide.

According to the female who called 911, Joel took several pills in order to ‘unalive’ herself. Alexa regained consciousness after a while and had a speedy recovery.

Likewise, a family spokeswoman also confirmed the news saying, “Alexa is stable, Her doctors are assessing her needs and that’s all we can say at this moment,”

The multi-millionaire was first married to Elizabeth Weber Small who later became his manager. They first met in 1970 and got married on September 5th, 1973. While still together, Joey wrote Just the Way You Are, She’s Got a Way, She’s Always a Woman, and The Stranger for Weber.

Sadly, Small filed for divorce in 1982 taking 50% of Billy’s earnings with an additional cut as his manager as divorce alimony.

He then started dating supermodel Christie Brinkley in 1983 and got married on March 23rd, 1985. Together they welcomed Alexa Ray Joey who is also a singer-songwriter and pianist. Brinkley and Joey part ways in 1994 but still remain good friends.

Billy’s third marriage was with cookbook author and chef Katherine ‘Kathie’ Lee. They wed on 2nd October 2004 when Lee was just 23 and Joey was 55. Just five years later, Kathie and Billy called it quits and separated on 17th June 2009.

What Is Alexis Roderick’s Net Worth In 2022?

The former Morgan Stanley executive is reportedly worth around $5 million in 2022. She is an equestrian and former broker by profession.

On the other hand, her husband Billy Joel is worth around $225 million at present. The 73-year-old singer-songwriter and pianist is one of the best-selling musicians of all time.

Joel began his career in 1964 and has sold over 160 million records worldwide to date. He owns a 14,000-square-foot mansion in Oyster Bay worth $22.5 million. He also owns a property in Manalapan, Florida.

Back in 2018, the Uptown Girl singer purchased a five-acre ranch worth $3.5 million for his fourth wife Alexis.

As per DailyMail, the property features a 12-stall barn with a tack room, five paddocks, groom quarters, and a regulation-size dressage ring with mirrors. The property sits a short distance from Wellington’s Winter Equestrian Festival.

During an interview, a source close to the couple talked about the purchase saying,

‘He just wants to keep making his wife happy, This purchase was all about her.’

Not to forget, the ranch is specially designed for horses that specialize in dressage, a sport where the horse and rider perform pre-determined walks and moves from memory.

Moreover, Billy also bought an adjacent property for $3.628 million back in 2016.