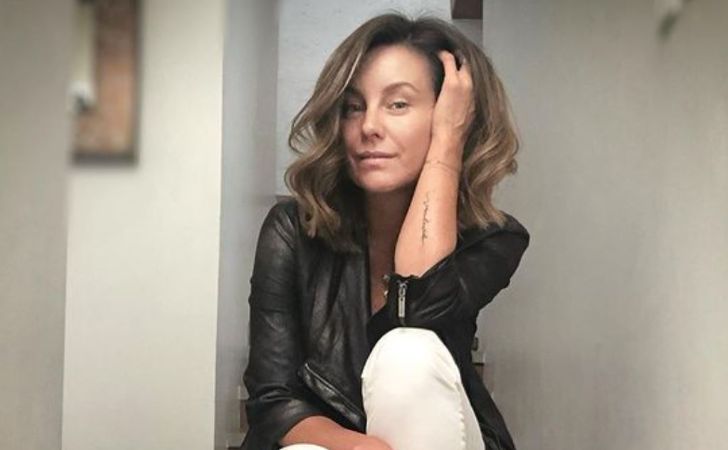 Dominika Paleta is a Polish-Mexican actress and author. She is widely known for her work in movies and TV series like Ladies’ Night, Memoria de mis putas tristes, Locura de amor, and many others. Further, she is also recognized as the older sister of Ludwika Paleta.

She started her professional career in 1997 and has since established herself as one of the most successful actresses in the Mexican film industry. No doubt, she is well-established professionally but what about her personal life. Is she married? What about her children?

Well, here you will find out everything about her career, husband, and other interesting details.

A successful actress Dominika Paleta was born on October 23, 1972, in Kraków, Poland. She is the oldest daughter of father Zbigniew Paleta and mother Barbara Paciorek Paleta.

Though Dominika was born in Kraków, she grew up in Mexico, as her father settled down there. As per the reports, her father is a musician whereas her mother was a former school teacher who died in 2011. 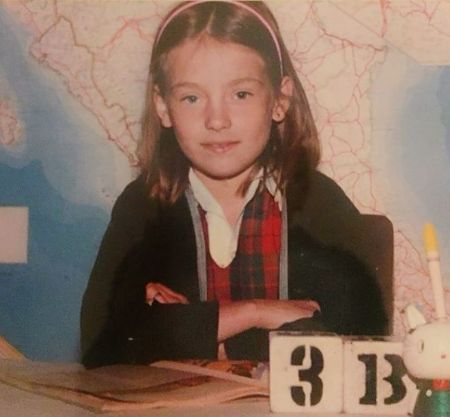 She also has a younger sister Ludwika, who is also an actress. Needless to say, but she shares a great relationship with her sister and parents as well. While Ludwika is established as an actress but Dominika was the one who forced her for the first audition.

Talking about her education, she is a graduate of Universidad Iberoamericana, where she studied art history. Besides, she is also fluent in English, Spanish, and Polish.

As we have already mentioned, she is a successful actress. She made her debut as an actress back in 1997, in the TV series Amada enemiga, where she played the character named Jessica Quijano Proal. Soon after that, in 1998, she appeared in the negative role in La usurpadora as Gema.

Her longest-running TV role was in the 2010 series Mujeres asesinas, where she appeared in over 11 episodes as María. Similarly, she also appeared in ten episodes of the 2007 TV series Trece miedos, where she played the character named Erica.

Apart from all these, she is also widely acclaimed for her roles in Triunfo del amor, Por siempre mi amor, & El hotel de los secretos. Interestingly, in all three TV series, she played the main antagonist.

Talking about her work in movies, she made her film debut in 2003 with Ladies’ Night. In the movie, she played a character named Invitada Lila. This was followed by her role in a short film La noche de siempre, & Reminiscencia.

However, she took over 5 years gap before getting back in movies with the 2011 film La otra familia. In the movie, she came up with a character named Luisa. Apart from these, she has also appeared in two other movies that include Memoria de mis putas tristes, & Apasionado Pancho Villa.

Apart from movies, she is also an author and has written a book named Viva la Vid.

Dominika Paleta Is Married To An Actor-Husband, Children

Unfortunately, to all those who had a crush on her, the actress is taken. She married Uruguayan actor Fabián Ibarra in an intimate wedding ceremony. They tied the knot in 2000 and has been together ever since. Both her parents and her younger sister attended the wedding ceremony.

Dominika and her husband Fabián met way before their wedding in Coyoacan, Mexico in the “Plaza de la Conchita.” Though she did not like him initially, upon knowing him, she developed feelings for him. Soon their friendship turned into a romantic affair and eventually a marriage.

From their marital relationship, she is also a mother of two daughters, Maria and Aitana.

Her Husband Is All Over Her Social Media

It is very rare to see couples like Paleta and Ibarra. Despite being married for 21 years, they seem to share as much love. In fact, their bonding seems to have gotten even stronger, which is pretty much apparent on their socials.

The duo share so much love for one another that we can see Ibarra after every few posts on Dominika’s Instagram. Not to mention, they even go out on dates and vacations to beautiful places to spend quality time together.

She Loves To Travel

Paleta is very fond of traveling. And she does not miss a chance to get to some beautiful locations in the world. Just in case you are curious about her traveling choices, her Instagram could be a solution. Apparently, she seems to prefer scenic locations like beaches, hills, and mountains.

Further, she has also mentioned in numerous interviews that she would love to be a millionaire so that she could travel everywhere. Besides, her favorite traveling destinations include New York, Krakow, and Paris.

On both platforms, she pretty much gives insight into her professional and personal life.