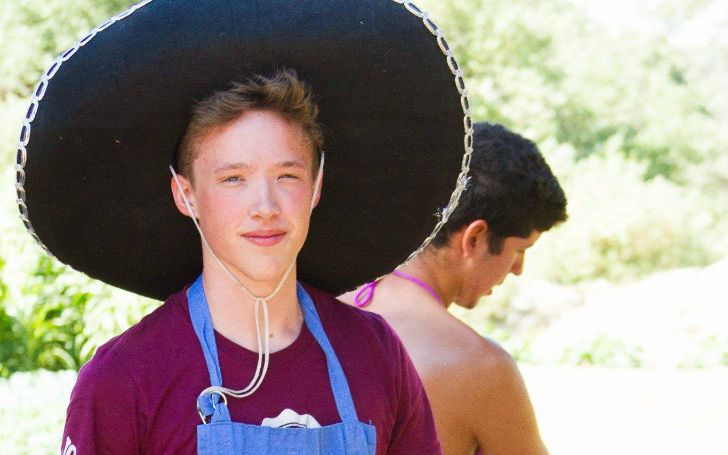 Growing up with actor parents, Beatty is finding his way into the acting world as well. He is best known for his role in Hail Caesar! and UFO. However, the 27-year-old prefers to live a private lifestyle and keeps things pretty low-key. As of now, it is unclear if Benjamin is continuing his acting journey or has a different career.

Here, find out more about his childhood, dating life, college, and family.

How Old Is Benjamin Beatty? Details Of His Early Life & Family

The star kid Benjamin McLean Beatty was born on 23rd August 1994 in Los Angeles, California, the USA under the star sign Virgo. He is 28 years old as of 2022.

He holds the American nationality and has mixed ethnic descent.

As for his academic achievement, Benjamin went to The Buckley School. He later graduated from Northwestern University, in Evanston, Illinois with a degree in theater in 2017.

Benjamin Grew Up Alongside His Three Siblings

Like himself, all three of his siblings are actors. Stephen describes himself as a writer, performer, and filmmaker. He also co-founded a poetry magazine for trans writers called Vetch.

Similarly, Ben’s younger sister Isabel is also a writer and even worked in the 2017 TV series Quality Sketch. Moreover, his youngest sibling Ella is also an actress who recently graduated from The Julliard School.

Benjamin’s older brother Stephen Ira Beatty is a transgender. He began his transition at the age of 14 back in 2012.

When Stephen came out of the closet, his parents Annette and Warren were very supportive of him and said that they were very proud of him.

During an interview in 2019, Annette said,

Apart from his growing career, Stephen also openly speaks out for the transgender community. Back in 2013, during an interview with E! News, he said,

“I grew up outside of New York, but I’ve always known I’ve wanted to move here for the city’s vibrant artistic community, As a trans person, I would hope that I’d be welcomed but many trans people aren’t because we don’t have the basic healthcare coverage we need to survive.”

In 2015, following the death of transgender teenager Leelah Alcorn, Stephen even tweeted regarding transgender rights. He wrote, “IF YOU CAN’T HANDLE HAVING A TRANS KIDS, DON’T HAVE KIDS,”

Is Benjamin Beatty Still Working As An Actor?

After starring as Lee in the 2018 sci-fi film UFO by Ryan Eslinger, Ben has not appeared in any other films or TV shows. In the movie, he starred alongside Alex Sharp, Gillian Anderson Ella Purnell, and David Strathairn.

Nevertheless, details about what Benjamin is doing at present are yet to be revealed.

As per sources, the star kid has a net worth of $1 million. On the other hand, Benjamin’s actor parents Warren and Annette have a combined net worth of $70 million in early 2022. The pair amassed their multi-million dollar fortune from their successful acting career of over six decades and three decades respectively.

The family also owns another property in Los Angeles which sits on a 6.7 acre of land.

Is The UFO Actor Benjamin Dating Anyone? His Love Life

As Beatty maintains a private lifestyle, not much is revealed about his personal life as well. He is allegedly single as of 2022.

However, back in 2016, Ben was rumored to be dating actress Ella Purnell. The news started circulating after Ben and Ella shared pictures of one another on their IG profile.

As per the post, the pair met on the set of UFO. Although the news was never confirmed, fans were rooting for them. As for a fact, Beatty’s rumored girlfriend Purnell is now dating her boyfriend named Max Bennett Kelly.

The actor has 613 followers on his Instagram with 28 total posts though he hasn’t posted since 15th November 2016. Similarly, he has over 1.9k friends on his FB handle.