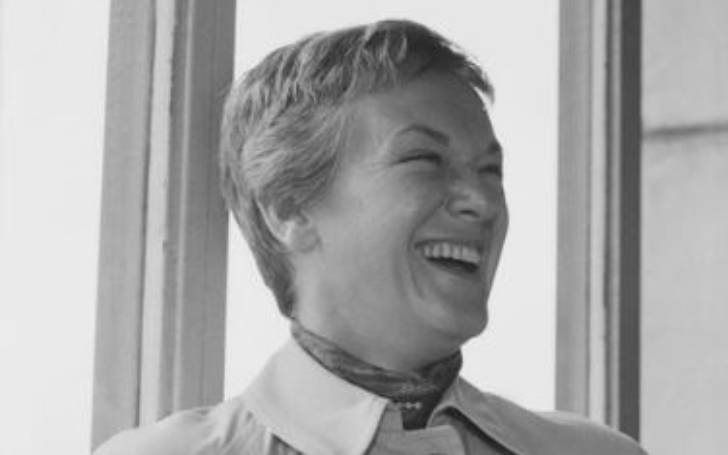 The pair were married for almost four decades before parting ways. And despite being a celebrity wife and media personality, Willett maintained a low-key lifestyle and stayed away from the limelight as much as she could.

Sadly, the former celebrity spouse passed away in 2008. Today, in this article below we will talk about her life, her marriage with Dick Van, details of her children, and more. We will also talk about her former husband’s current whereabouts. Did Dyke marry anyone after Margie? Find out here.

The celebrity spouse Margie was born Marjorie Torrell Willett in 1926 in Danville, Illinois, the USA. She held the American nationality and came of white caucasian ethnic descent.

She grew up in her hometown most of her life and went to a local high school. As Margie was a very private person, not much is known about her parents and siblings.

On the other hand, Dick Van Dyke was born on 13th December 1925 in West Plains, Missouri to Loren Wayne Van Dyke and Hazel Victoria McCord. His mother was a stenographer and his father was a salesman by profession.

He grew up in Danville, Illinois, alongside his younger brother Jerry Van Dyke who is also an actor.

The former husband-wife first met each other during their teenage years while Willett was still in high school at that time. Likewise, she was dating a fellow classmate who was on the football and wrestling teams when she fell in love with Dyke.

Years later, Dick recalls the initial phase of their relationship and pins them in his book, My Lucky Life in and Out of Show Business. He says,

“All through high school, she had dated a boy who was on both the football and wrestling teams. After she ditched him for me, he wanted to kill me.”

Even though the pair fell in love as a teenager, they were together for almost four decades unexpectedly.

As we’ve already talked about their initial relationship details, it is clear that the pair were too young at that time. Also, Dyke was still in the struggling phase and Margie didn’t have a stable job.

And after dating for about a month, the pair decided to get married on air on ABC’s radio talk show called Bride and Groom due to financial problems. They wed on 12th February 1948.

In exchange for their on-air wedding, the show’s producer paid for the former’s honeymoon. The pair were so much in financial despair that they lived in a car for a while after marrying.

Margie and Dyke were among the 1000 couples who wed in front of a minister, two microphones, and 15 million listeners.

From their marriage of over three decades, the former husband-wife shares four children: Carrie Beth Van Dyke, Christian Van Dyke, Stacy Van Dyke, and Barry Van Dyke. All four of them are actors by profession.

Margie Willett Was Artistic But Not Into Hollywood

During an interview with The Guardian, Dyke recalls memories of Willett and tells the world how she really was. According to him, Willet was very artistic but was not so fond of the showbiz industry

Likewise, the only time we could spot Margie was only during public events she used to attend with her husband. And even during the events, she would walk to the sidelines after seeing her husband chat with multiple people.

Dyke also recalled how he and Willett were mistaken for brother and sister due to her short hair and her makeup-less looks. He shares,

“Once when I appeared on a magazine cover, Margie snapped up six copies, and the cashier asked if she was my mother,”

People who know Dick Van clearly know about his alcohol abuse and addiction right. After spending years as a drunkard, Dyke decided to seek help and went to a rehab clinic.

Thanks to his decision, his drinking habit was gone and he was saved on time. And on the day of his release from the rehab, Margie checked into the same place for her addictions. Turns out, she got addicted to her prescribed antidepressants.

The mother of four spent a while at the hospital trying to get away from her addiction. After her release, she started spending most of her time on their ranch in the desert. And while she was trying hard to bounce back to life, Dick was busy finding love in some other places.

In 2016, the Murder 101 actor published a book titled Keep Moving where he talks about his life experiences. He has penned down every detail of his life, from getting injured on set to his marriages. And while doing so, he also addresses the real reason behind the divorce with Margie.

When Margie was in rehab getting help for her addiction, Dyke became associated with his agent’s secretary and former actress Michelle Triola.

The actor was so much taken by the actress’ personality that they began dating although he was still married to Margie. In the book, Dyke wrote,

Moreover, the Curious George actor told about his infidelity to his then-wife years later only in 1976. Upon hearing the news, Margie and Dick decided to part ways and got divorced only on 4th May 1984.

Following their divorce, Dyke went on to live with Michelle until her death in 2009 at their Malibu home. On the other hand, Margie remained single.

Margie Willett Died At The Age Of 81

Sadly, in 2007, the mother of four was diagnosed with pancreatic cancer. She fought the illness for about a year before losing her battle in 2008. She was 81 years old at the time of her death.

As of 2022, her former husband is married to his second wife, makeup artist Arlene Silver since 29th February 2012. The pair first met at an award dinner party back in 2006 and have 46 years age difference.