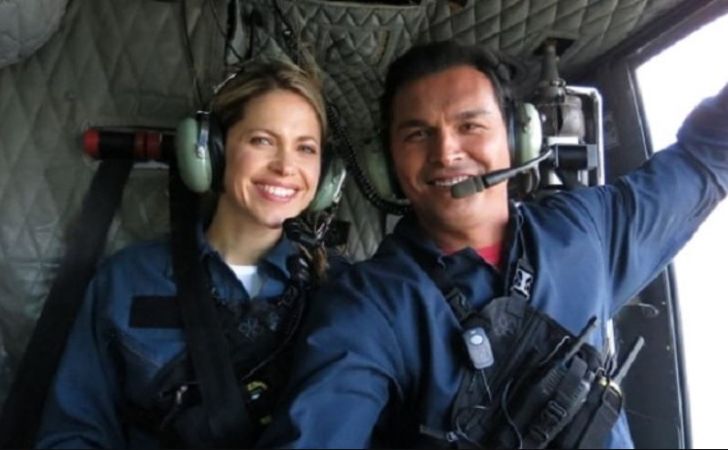 Danny Dorosh is a Canadian actor known for his works in movies and TV series like Food for the Gods, & The 4400. Likewise, he is also famous as the husband of Pascale Hutton.

Here in this article, we will talk about Danny Dorosh’s family details, career, net worth, & much more.

Danny Dorosh Is The Husband Of Pascale Hutton

Like we said earlier, Danny is most famous for his marriage to actress Pascale Hutton. The husband and wife tied the knot on September 6, 2002, in a small wedding ceremony. At the time of their marriage, both of them were still struggling to get into the movie industry.

Both of the couples are equally in love with one another. And we hope their relationship continues the same way forever.

Dorosh Has Two Son With His Wife

In his marital relationship with Pascale that has already exceeded 19 years, he is a father of two kids. With his wife, he has two sons, and he shares a great relationship with both of them. In fact, in one of the interviews, Pascale stated the kids love their dad Danny to death. She also stated that for them their father is the best thing to walk on earth.

However, the couple mostly keeps their kids away from the limelight. In fact, the star kids have barely made a couple of public appearances.

Danny Dorosh Is A Supportive Husband

He does his best to assist his working spouse, be it by taking care of their kids or managing household stuff. In fact, Pascale herself opened up about her husband’s constant support. She said,

I have an incredible support network who helps maintain the balance of our household when things are crazy and I am working a lot. My husband is the most incredible man in the world.

On the other hand, she is also pretty conscious of her responsibility and takes care of it wholeheartedly. Since the birth of her kids, she tries to avoid traveling abroad as far as possible, so as to give time to her family as much as possible. She says,

I know, it is true. And this business does pose a lot of challenges for families. But I’ve also made quite a conscious decision to try to keep all of my work local. In my earlier days, before kids, I would travel a lot more for work. Now if a job comes up that is in Vancouver, it’s automatically more appealing to me than one that is going to film elsewhere because your kids need you. They need YOU. There’s no substitute for you. There’s no substitute for your time, your presence, your love. There just isn’t. Being home and being present with them is the most important thing.

Well, Danny had a brief career in acting. He made his acting debut back in 2004, in the TV movies It Must Be Love. In the movie, he played a character named Tad Neill.

His second acting role came in 2006, where he appeared in a TV series named The 4400. He appeared in an episode of the series, where he played a character named Zachary Gidlund.

A year later in 2007, he appeared in a short film named Food for the Gods as Lt. Richard O’Conner. However, he has since quit acting and has not been seen in any movies or TV series. Also, he has not revealed the exact reason he left acting.

Danny’s Wife Is a Popular Actress

His wife Pascale Hutton is a popular actress and has appeared in dozens of movies and TV series so far. She made her acting debut back in 2003, where she appeared in a TV movie Hollywood Wives: The New Generation.

From 2010 to 2011, she appeared in one of her most successful roles in the TV series Sanctuary. Besides all, she is most known for her work in When Calls the Heart. In the series, she played a character named Rosemary Coulter and has been appearing in the series since 2014 as a lead alongside Kavan Smith, Loretta Walsh, Gracyn Shinyei, Eva Bourne, & others.

How Much Is Danny Dorosh’s Net Worth?

He has been a decently successful actor in the past. Thus, it is pretty likely that he made a pretty good fortune. But when it comes to his net worth in 2022, he has not revealed the exact figure.

On the other hand, his wife Pascale has an estimated net worth of around $5 million.

Unlike most celebrities, Danny is not on social media. He is neither on Instagram, Twitter, or any other platforms. However, his partner Pascale is pretty active on Instagram with over 202k followers. Well, she loves posting her daily life on socials.