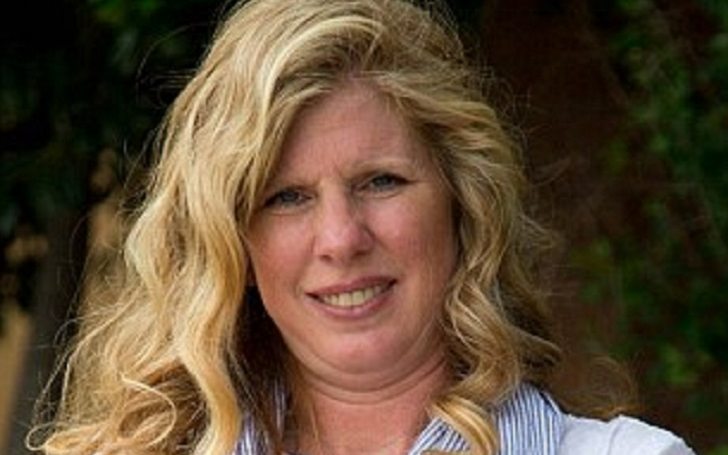 Teresa Terry is famous as the ex-wife of Chrisley Knows Best’s Todd Chrisley. The two were married for years but have now been divorced for over 25 years now.

The woman had truly a tumultuous relationship with Todd which Teresa described as a turbulent marriage too. She finally filed a domestic violence complaint against her husband after a few years of their rocky marital relationship.

Todd is now happily married to Julie Chrisley and also has children with her. But, what about his first wife? Where is Teresa Terry now? Let’s find out every personal and professional detail of Teresa. Also, know about her children with Todd and her second husband!

The couple first came across at a High School located in Westminster, South Carolina. They started dating when Teresa was 17-year old and her then-boyfriend Todd was 19.

The two loved to watch movies and hang out together rather than spend more time with their family. She said in an exclusive interview with DailyMail that her beau was a fashion enthusiast,

“He carried himself different. He always wanted to wear the latest fashions, most of the people we went to school with were happy to wear T-shirts and jeans”

Although Chrisley belonged to a middle-class family, he was always the center of attention due to his high-class appearance at school.

In addition, he loved soap operas and interior decorating as per Teresa. The young boy also wanted to be a model at the time.

They Married After Teresa Terry Got Pregnant at 19

After two years of their love story, Teresa Terry became pregnant with their first child, a daughter named Lindsie Chrisley, born on 17th Sep 1989, in South Carolina. After their pregnancy, the two decided to exchange their vows and their wedding ceremony was held at a nearby church. There were six attendants on both sides.

Teresa said that if she hadn’t been pregnant, there would be a high possibility of not getting married. Just fifteen months after the birth of their first kid, Todd Chrisley’s wife gave birth to their second child, a son Kyle.

Their marriage was going well but soon they started fighting over every aspect of their daily lives. She acknowledged,

“The house always had to be perfect. That drove me nuts. I had two small kids and there could be no toys out, everything had to be picture perfect like a show-room.”

What Happened to Chrisley’s First Wife Teresa Terry? She Revealed Her Hubby Physically & Mentally Abused Her

According to the court documents found by DailyMail, Chrisley, over the course of his first marriage, ravaged his ex-wife numerous times. At one point, Todd reportedly even punched her whilst stripping her naked.

In addition, Chrisley Knows Best star once also threatened to kill her and on one occasion Terry also saw him beating his own mother. Though Chrisley himself didn’t admit to his former wife’s claims, his ex-wife remained adamant.

Teresa further claimed that her spouse “battered” her while driving until she pulled over and ran away. After the incident, she moved back home to take some belongings but he, “stripped her of all her jewelry” and threw her out of the mansion, “until he was tired of caring for the children.”

Terry described him as “more vindictive than you could possibly imagine.” But, she also said his love for children is out of imagination.

The two separated multiple times until Teresa filed for divorce from her husband in April of 1995. Their divorce proceeding came to an end in the following year.

Talking about their custody battle, the court granted Chrisley and Teresa shared joint physical and legal custody of their kids.

According to Terry, even after her acrimonious end with Todd, he had been following her, hiring a private detective to track her down. She once saw a red laser trained on the house and Todd was also standing in front of the mansion at the time. She said,

“I really thought I was fixing to get shot.”

In the year 2000, Todd went to Atlanta and again started their custody battle that finalized after two years in 2002. The Superior Court of Fulton County, Georgia granted them shared legal custody of their kids.

Furthermore, the real estate mogul also sued his first spouse for $1 million in child support in 2012. He later lost the case.

Besides, following her separation from Todd, Teresa moved on with her new partner. They later moved into a gated community located in Atlanta.

Where Does Teresa Terry Live? Her Second Marriage

After divorce from her first marriage, Terry married for the second time. She is in a delightful marital relationship with her second hubby for years. The couple is also blessed with two children. However, they have remained tight-lipped about their marriage and kids.

Terry loves both of her children from her first marriage. Nonetheless, her relationship with her older daughter Lindsie remains quite estrange. In fact, the two aren’t on good terms for a long time now. Lindsie also has a son Jackson Campbell with her husband Will Campbell.

Teresa has a healthy relationship with her son Kyle, a father of a daughter Chloe. Besides, Kyle battled with drugs and alcohol after heavily affected by his parents’ toxic relationship.

What is Teresa Terry Net Worth?

Her Early Life: Where Is She From?

Teresa is an American as per his nationality and belongs to the Caucasian ethnicity.

Know About Her Ex-Husband Todd’s Life

Teresa’s ex-husband Todd was born on 6th April 1969, in Georgia. His father Gene Raymond Chrisley passed away on 11th July 2012 at Emory University Hospital. He died at 77. Gene was enlisted in the U.S. Army force. Besides, his mother Faye Chrisley is a Westminster High School graduate. She also sporadically features in a reality TV series Chrisley Knows Best with her family.