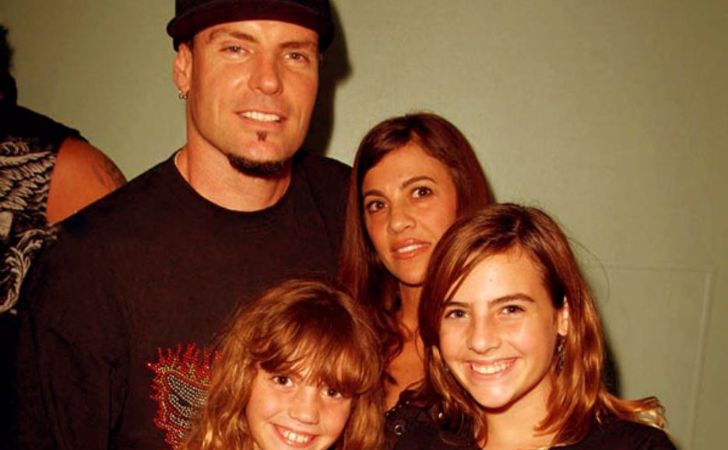 Divorce among celebrities has become everyday stuff and Laura Giaritta is one who is one of the divorced celebrities. She married to American rapper Vanilla Ice in 1997. Unfortunately, after over 20 years of marriage, the duo called it quits.

Though Giaritta was primarily famous for her marital relationship with the successful rapper, she has now earned her own identity as a businesswoman. Since her split, she is successfully running a sporting goods store, 2 The Xtreme.

Besides, Laura is also a mother of two daughters. So, how is her relationship with her children? Here is everything you have been looking for about Laura.

She grew up in a Christian household to father Thomas Giaritta and her mother Elaine Giaritta. While she has not revealed much about her father, she shares a great relationship with her mother and also shares photos with her on social media.

Besides, Laura also has an older sibling, a sister named Renee. Needless to say, the siblings share a great bond.

Giaritta’s career in becoming a successful businesswoman did not start as it usually does for most of us. As per the reports, she started by assisting her then-boyfriend Vanilla at his sports goods store in Miami Beach, 2 The Xtreme.

Since they eventually fell in love, the sports store became a mutual business. However, she acquired it completely in a divorce settlement after her split with Ice.

As of 2022, she has been successfully running the business along with several other side investments.

She Was Married To Vanilla Ice

As we did already mention, Laura Giaritta led a successful 20 years marital relationship with Vanilla Ice, aka Robert Matthew Van Winkle. They tied the knot on March 30, 1997, at Star Island mansion in Miami Beach.

Their wedding ceremony was held two days after they received their marriage license.

Well, their wedding was not an instantaneous decision. Laura and Ice rather dated for years before they actually tied the knot.

The two first met at a party back on July 4th, 1994. At the time, Ice was still a newcomer and was struggling hard to brand his image in the industry.

Laura and Vanilla’s Marriage was Not very Sound

Though Laura had a decent start in her marital relationship, things did not go smoothly for a very long time. The two had several conflicts in their relationship soon after their wedding.

In January of 2001, Ice was accused and later arrested for assaulting Laura. According to the police records, Ice, in a heated altercation with Laura, pulled her hair as they were driving their car on Interstate 595.

While Ice stated that he was just trying to prevent Laura from jumping out of the truck’s window. He was eventually proved guilty of disorderly conduct and sentenced to probation.

Later again on April 10, 2008, he was again arrested for similar charges when he allegedly kicked his wife. He was released the following day after an eyewitness clarified that they merely had an argument and that Ice had only pushed her. The charges were dropped on April 29, 2008.

They Filed For Divorce In 2016

With all the misunderstandings and conflicts in their relationship, Laura filed for divorce from her husband in 2016, in Palm Beach County, Florida. In her divorce documents, Laura stated that her marriage was “irretrievably broken.”

While they lived separately, their divorce was finalized only recently in November 2019. Well, she even took to her Twitter to announce her divorce.

As a fact, the former couple didn’t have to undergo child custody issues as both their kids are grownups.

Talking about Dusti’s education, she is a graduate of Bachelor of Science in Entertainment Business from Full Sail University. There’s not much detail on KeeLee’s academics.

Well, both her daughters share a great relationship with her and are pretty popular as celebrity kids. Dusti lives in West Palm Beach, Florida, whereas KeeLee lives in Wellington, Florida. They both are in a romantic relationship.

How Much Is Giaritta’s Net Worth?

As a businesswoman, Laura definitely earns a decent amount and her net worth is also worth in million. Also, she receives decent money in alimony from her divorce settlement with her ex-husband.

As per the reports, she gets around $10,500 as monthly alimony. Further, she also received around $110,000 as compensation for all that Ice failed to pay during the proceedings. Moreover, she received $200,000 for all the legal expenses.

It is unusual for a celebrity to not be on social media but it looks like Giaritta is not much of a fan of social media. She is not on any social media platform apart from Twitter.

On Twitter, she goes by Laura VanWinkle and has merely around 980 followers as of 2022. She is quite active and regularly gives insight into her life on her Twitter account.